Outdoorsome's Guides are based on what's most recommended by travel bloggers around the world. This guide selectively curates the best recommendations for Casa Milà from 13 blog posts. Visit our Barcelona Destination Guide for more things to do in Barcelona.
Casa Milà , popularly known as La Pedrera or "The stone quarry", a reference to its unconventional rough-hewn appearance, is a modernist building in Barcelona, Catalonia, Spain. It was the last private residence designed by architect Antoni Gaudí and was built between 1906 and 1912. The building was commissioned in 1906 by Pere Milà and his wife Roser Segimon. At the time, it was controversial because of its undulating stone facade, twisting wrought iron balconies and designed by Josep Maria Jujol. Wikipedia
Last Updated: 01/09/2021

Things to see in Barcelona | Casa Mila
If you didn't see the previous vlog in Barcelona, make sure you check it out here: https://youtu.be/JT7_uVKgYLk In this vlog, we explore the streets of Barcelona ... 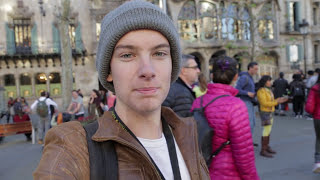 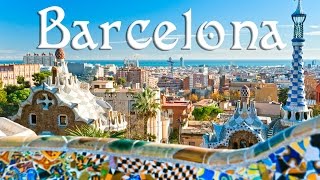 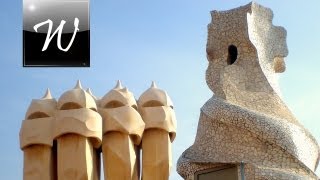 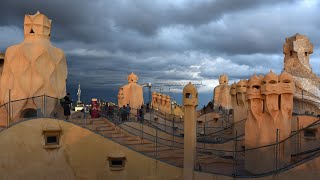 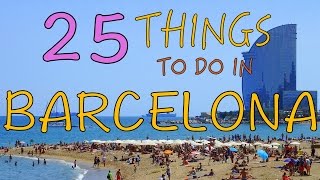 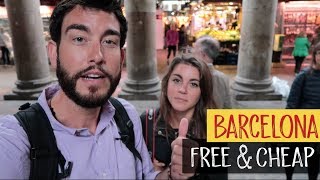 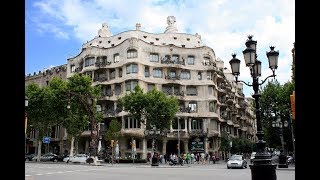 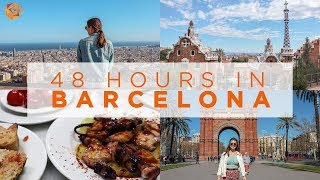 48 HOURS IN BARCELONA | What to do, see and eat
The best things to do in Barcelona in 2 days - what to do, what to see and where to eat! Jetting off for 48 hours in Barcelona? Check out our 2-day Barcelona ...

At the top of the Passeig de Gràcia, Sintonia is our latest discovery. A restaurant open in these complicated times... On the spot as to take away and a stone's throw from Casa Batlló and Casa Milà !#Barcelona https://t.co/qDqaUBcO2Y pic.twitter.com/nmjYXigyqy

Casa Milà, also known as @LaPedrera_Barcelona was the last private residence designed by architect Antoni Gaudí and was built between 1906 and 1912. In 1984, it was declared a World Heritage [email protected] photo: 2001 #barcelona #spain #travel #architecture pic.twitter.com/v1guWEZiOK

3 Days in Barcelona, Spain - Top Things to do and See in the Catalonian Capital
www.gobeyondbounds.com
Casa Mila also known as La Pedrera is a UNESCO World Heritage Site and yet another amazing work of Gaudi and his last architectural project. The faca...read more

15 Dog-Friendly Things to Do in Spain - Travelnuity
www.travelnuity.com
While you are in Barcelona, it’s also worthwhile visiting at least the exteriors of some of his other buildings, which you can do with your pup. My f...read more

Visiting 4 of Antoni Gaudi's Works in Barcelona, Spain - HollyDayz
www.hollydayz.com
Casa Mila is also known as La Pedrera (The Stone Quarry) was the last private residence that Antoni Gaudi designed. It was done by 1912 and was contr...read more

8D7N Itinerary Around Spain: Barcelona, Valencia and Madrid
www.tripzilla.com
A short walk from Casa Batllo, Casa Mila is known as “The Stone Quarry” and is another masterpiece by Gaudi. This building is the last residence desi...read more

7 days in Spain itinerary: Barcelona, Madrid, Toledo | travelpassionate.com
www.travelpassionate.com
A hop, skip, and a jump from the basilica you’ll find 2 of Gaudi’s eccentric houses. Each a masterpiece in their own right (and both UNESCO sites), C...read more

Visit Barcelona (Spain): 20 best things to do and see | Travelfornoobs.com
www.travelfornoobs.com
Another example of Gaudí’s creative genius is Casa Mila (known as La Pedrera), which is basically a private mansion with a surprising facade. Today, ...read more

11 Beautiful Cities in Spain You Should Definitely Check Out
www.penguinandpia.com
So, what should you do? Of course, you should visit the Sagrada Familia (it is beautiful from the inside), take a long walk through Park Güell, and a...read more

Dragon Iconography: Gaudí's Casa Batlló in Barcelona Spain, a Must See Masterpiece
www.thegeographicalcure.com
As a result, unlike Casa Mila (aka La Pedrera), Casa Batlló was not entirely a Gaudì creation from top to bottom. It was a remodeled pre-existing bui...read more

Free Things to do in Barcelona, Spain - Mommy Travels
www.mommytravels.net
It is essential to see Gaudi’s masterpieces when visiting Barcelona. The best thing is that you donít have to pay for tickets to take a close look to...read more

Spain: Driving in the City of Art | Raising Miro on the Road of Life
www.raisingmiro.com
No trip to Barcelona would be complete without visiting Spain’s most famous architect’s many creations. Of the top ten most visited sites in Barcelon...read more