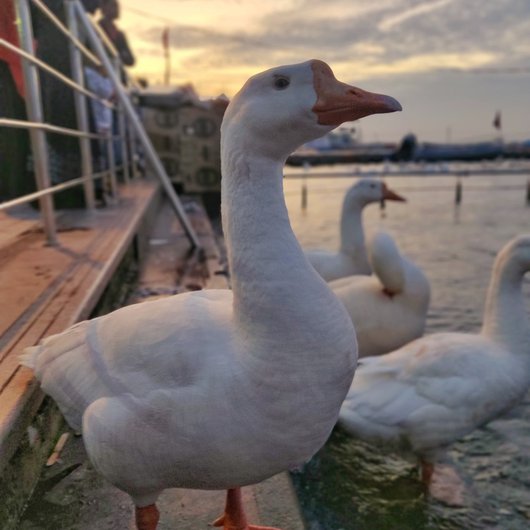 Things to do in Bhopal 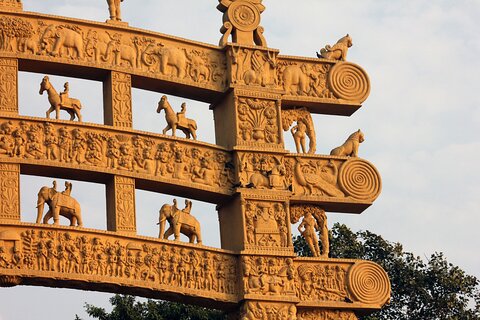 Short and highly selective information in the audio commentary for tourist attractions in around Buddhist Monuments at Sanchi Highlights of this Self-Guided Audio Tour • It allows you to go as per your own convenience of time, pace and locations; skip the content what doesn't interest you and listen longer with content that does interest you. • Not necessary to download any location tracking apps only Google map is enough, also no need to download any audio file to your mobile. • It is the best option with lowest price, instead of hiring an unknown tourist guide with limited skills. •Available in multi languages, you can choose the one which you’re more comfortable with it. •If you have any questions about attractions, No worries we will answer it at your language instantly in message. 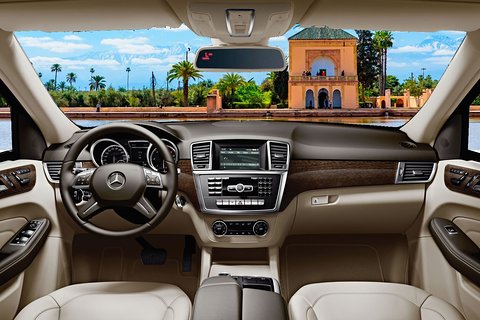 Take the worry out of your departure to Raja Bhoj (BHO) Airport and pre-book a private transfer to suit your group size (up to 6 people). Avoid the long lines for taxis at the hotel, and travel in the comfort of a Premium car or minivan.

Take the worry out of your arrival to Raja Bhoj (BHO) Airport and pre-book a private transfer to suit your group size (up to 6 people). Avoid the long lines for taxis on arrival, and travel in the comfort of a Premium car or minivan. 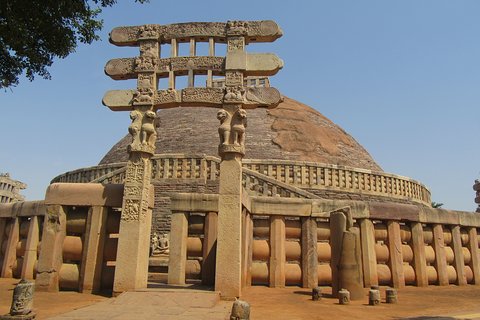 Tour to the UNESCO HERITAGE sites of "Bhimbetka" and "Sanchi". Cave paintings dating back to approximately 30,000 years. Rock shelters that were home to humans, millennia ago. And a rich flora and fauna surrounding these, indeed, make Bhimbetka a gift to us from our earliest ancestors. The numerous stupas, temples, monasteries and an Ashokan pillar have been the focus of interest and awe for global audiences as well. In fact, UNESCO has given the status of 'World Heritage Site' to the Mahastupa.

Tour to the ancient Buddhist Stupa of Sanchi and Caves of Udaigiri. The town of Sanchi is synonymous with Buddhist Stupas - hemispherical structures typically containing relics of the Buddha or his followers. It has been recognized as an UNESCO Heritage site. Udaigiri Caves offer another opportunity to see some beautiful rock carvings. There are 20 caves here – 18 Hindu and 2 Jain – that have religious iconography and stories sculpted from the rocks. They were made over a period of many generations between the 4th and 5th centuries AD.

SANCHI STUPA- Known for its Sanchi Stupa, it is the location of several Buddhist monuments dating from the 3rd century BC to the 12th CE and is one of the important places of Buddhist Pilprimage In Mahavamsa the site is referred to as Chetiyagiri, which was visited by Mahinda and his mother Devi. Early votive inscription refer to the place as Kakanaya. In the Gupta period it was termed Kakanada-Bota, and Bots-Shri-Parvat in the 7th century. A small hilltop village, just besides the stupa complex, is still called Kanakheda. 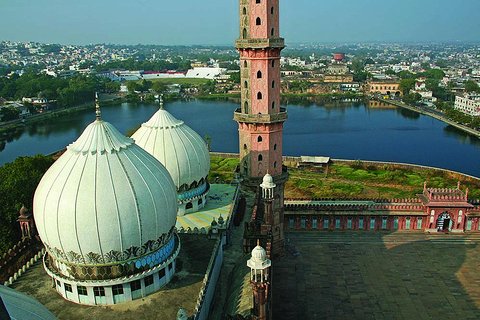 Join us for the city tour of the enchanting city of Bhopal! Bhopal, also known as the "Lakeside City", is a fairyland half hidden among seven high hills, nestling in rich foliage. It was built in the 11th century when the legendary Raja Bhoj fond of lakeside views and created a lake around the city. Beautiful lakes, gardens, parks and ponds have turned Bhopal into one of the most beautiful cities in India with artists, musicians, monuments and mausoleums. Visit two historic mosques Jama Masjid and Moti Masjid and also experience Taj ul Masajid in a more modern style with an intriguing structure. Go to arts centre Bharat Bhawan and then see two enchanting lakes that give the city its character. 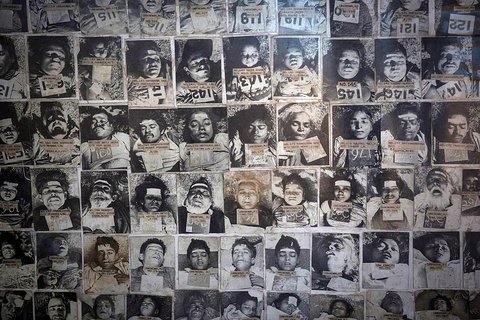 Visit the abandoned Union Carbide factory and the actual sites where the Bhopal Gas Tragedy disaster took place. This will help you to understand the consequences of the world's worst industrial disaster. Interact with your personal guide to understand the progress and the remedies that have taken place since this tragedy happened and more.

Excursion to The Land of Sanchi Stupa from Bhopal 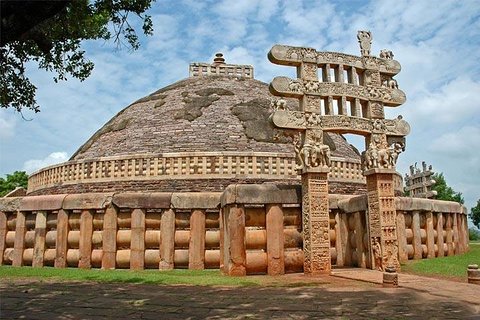 Bhopal Known as the City of Lakes, is the capital city of Madhya Pradesh and is located in the central part of the Indian Subcontinent. Sanchi is a Buddhist complex, famous for its Great Stupa, on a hilltop at Sanchi Town in Raisen District of the State of Madhya Pradesh, India. The Great Stupa at Sanchi is one of the oldest stone structures in India and was originally commissioned by the emperor Ashoka in the 3rd century BCE. Its nucleus was a simple hemispherical brick structure built over the relics of the Buddha. It was crowned by the chatra, a parasol-like structure symbolizing high rank, which was intended to honor and shelter the relics. 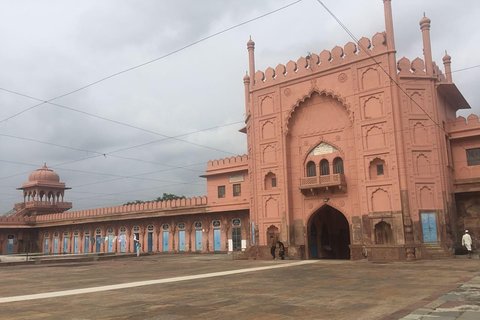 The city of nawabs has always attracted tourist. Capital of Madhya Pradesh, Bhopal is not without reason called “The City of Lakes”. The beauty of the Nawabi city is vested in innumerable places of interest. 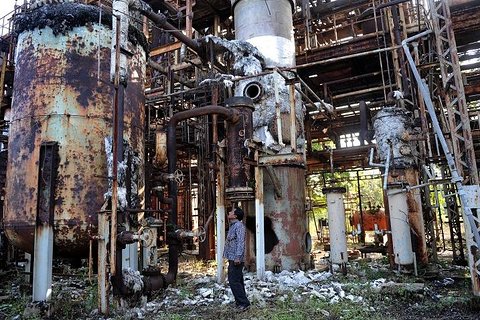 Bhopal, the capital of the Central Indian state of Madhya Pradesh was the site of one of the world’s worst industrial disaster in 1984. Residents of Bhopal were exposed to the highly toxic Methyl Isocyanate gas as it leaked from the Union Carbide factory. Over 20,000 people are believed to have died and thousands more were left permanently disabled. Even today the after-effects are visible in the high incidence of chromosomal aberrations seen in the next generation. Visit the abandoned Union Carbide factory and the nearby affected sites to witness  the dark side of industrial progress. Highlights: • Abandoned Union Carbide factory • Affected neighbourhoods • Bhopal Museum (Museum Remain Closed On Every Monday) 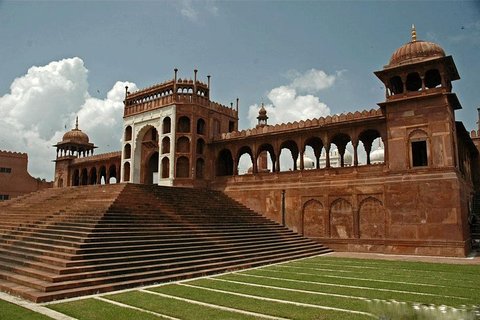 Enjoy visiting a fairyland half hidden among seven high hills, nestling in rich foliage. Bhopal is also known as the "Lakeside City". On this private custom tour you can plan your day as you wish and your private guide and chauffeur ensures you receive their full attention.

Full day Bhopal City & Bhoj Wetland Tour include AC vehicle and English speaking guide. Its include visit to Bhoj Wetland in a boat and all places of tourist interest in city. Entrances to all monuments in the itinerary, pick up and drop off from any hotels in Bhopal is well included. We serve complementary bottled water in vehicle and flexible to accommodate guest requirement during the tour. Full-day tour from Bhopal to Sanchi, an UNESCO World Heritage Site, and Udayagiri Caves. The 'Great Stupa’ at Sanchi is the oldest stone structure in India dating back to 3rd century. It is located on a hill dotted with a group of stupas, monasteries, temples and pillars that are of importance to Buddhists. Later visit Udaigiri Caves - a historical Hindu ritual site. Udayagiri that  literally means the 'mountain of the sunrise' consists of a substantial U-shaped plateau immediately next to the River Bes. 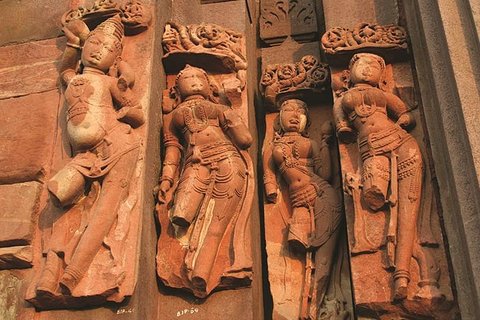 Join us for this unique private full-day tour and visit the famous Rock Shelters of Bhimbetka and Bhojeshwar Temple. Bhimbetka is the site of 700 rock shelters belonging to the Neolithic age and is a UNESCO World Heritage Site. Bhojpur is the site of a Sun Temple with the largest Shiv Lingams in India. Learn the history of Bhopal while being amazed by the ancient architecture and beautiful view.

Explore Bhopal in One Day Tour

The culturally rich Bhopal city is said to be founded by Raja Bhoj of Parmar dynasty and presently is the capital of Madhya Pradesh. This city is renowned on account of its two big lakes and prominent mosque. The city was finally adorned by Afghan chief Dost Mohammad. In this day tour product you get to see the famous Bhopal architecture and craft by visiting the mosques, palaces, and museums and bazaars. 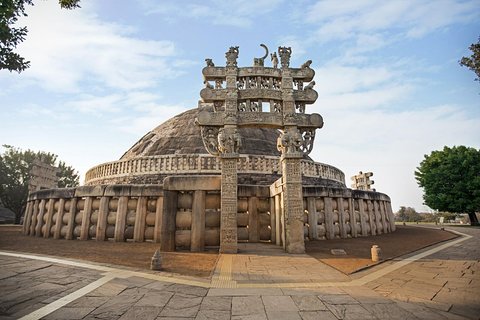 Embark on a day excursion trip to Sanchi & Udayagiri. Sanchi is a serene hill crowned by a group of stupas, monasteries, temples and pillars dating from 3rd BCE to 12th CE. Sanchi Stupa, a UNESCO world heritage site is home to the relics of Buddha and his followers, built by the Mauryan emperor Ashoka in the 3rd century BCE. Next visit Udayagiri Caves, early Hindu ritual site, extensively carved and reworked under the command of Chandragupta II, Emperor of the Gupta Empire, in the late 4th & 5th CE. Private air-conditioned vehicle from picks up till drop off to your hotel, sightseeing with English-speaking guide, and entrances to monuments are well included in the package. 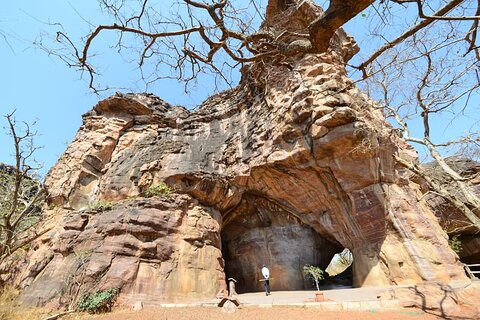 Embark on a excursion trip to visit Bhimbetka Rock Shelters (UNESCO World Heritage Site), an archaeological site dating back to the Paleolithic age inhabited by the homo erectus more than 100,000 years ago. Next visit Bhojpur Shiva Temple. Private air-conditioned vehicle from picks up till drop off to your hotel, English speaking accompanied tour guide, entrances to monuments are well included in the package price.

Day Trip To Sanchi Stupa & Vidisha From Bhopal With Lunch

Sanchi is a small village about 30 miles from Bhopal in the Central Indian state of Madhya Pradesh. It is a major Buddhist pilgrimage site that is home to the Great Sanchi Stupa, a hemispherical structure that contains ancient relics of the Buddha and his followers. It dates back to the 3rd century B.C. and is designated as a UNESCO World Heritage Site. At a 15 minutes drive from Sanchi is the town of Vidisha, the hometown of the first wife of Emperor Ashoka. Visit these two historical sites on a day-excursion from Bhopal. Highlights • Great Stupa of Sanchi • Ashoka Pillar • Charan Teerth- footprints of the Hindu God Lord Rama 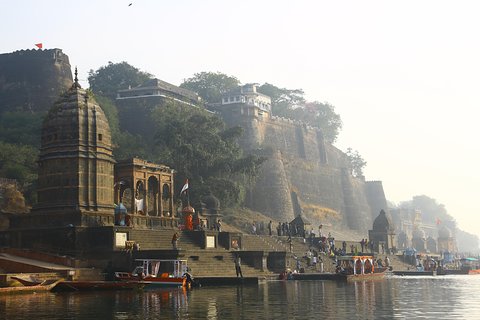 Situated on the banks of river Narmada, Maheshwar appeals to both, the pilgrim as well as the tourist in you. The town possesses a treasure trove of beautiful temples that calm the soul, alongside man-made creations that please the eyes. A centre of handloom weaving since the 5th century, Maheshwar has been producing the exquisite Maheshwari saris and fabric. The town also holds the distinction of being the capital of Rajmata Ahilya Devi Holkar’s empire during the 18th century. This historic town weaves spirituality and folklore with the beauty of nature and Maheshwari saris, bringing alive child-like awe in you.