Visit our Brazil destination hub for day by day itineraries, top things to do in Brazil and more!

Porto Alegre is the capital and largest city of the Brazilian state of Rio Grande do Sul. Its population of 1,481,019 inhabitants makes it the twelfth most populous city in the country and the centre of Brazil's fifth largest metropolitan area, with 4,405,760 inhabitants . The city is the southernmost capital city of a Brazilian state.Porto Alegre was founded in 1769 by Manuel Jorge Gomes de Sepúlveda, who used the pseudonym José Marcelino de Figueiredo to hide his identity; but the official date is 1772 with the act signed by immigrants from the Azores, Portugal. The vast majority of the population is of European descent. Wikipedia 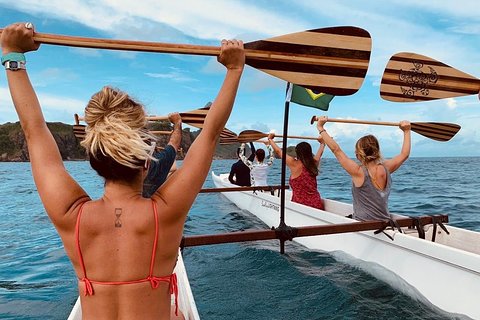 Come and experience the navigation of the ancient boats of the Polynesian Triangle next to the best canoeing club on the island, the Noronha Paddle Club, a club with extensive experience in the field and with extremely qualified professionals. The expedition's proposal is adventure and contemplation in the paradisiacal setting of Fernando de Noronha Island. The expedition leaves at Praia do Porto. The route is 4 km, passes through Air France, Rugido do Leão, Praia do Cachorro, Praia do Meio and Conceição, with a stop for bathing / diving. Live this experience and hope the dolphins surprise you! 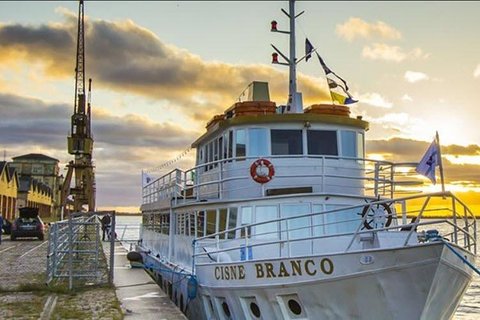 The White Swan Boat is a reference in the Tourism of the city of Porto Alegre. It is 40 meters long and 7 meters wide. It has 3 decks or floors, two of which are closed making it possible to navigate in bad weather. The Boat is the only floating cultural space of Rio Grande do Sul and has restaurant and nightclub structure, with lunch options, dinners, cocktails, social and corporate events. An hour-long tour, which runs along the main Guaíba islands, leaving from Oporto Pier. In addition to tourism, it has a cultural focus, with a locution that illustrates its itinerary, telling a little of the history of Porto Alegre. Bar and drink service with the commercialization of snacks, drinks and popsicles according to consumption 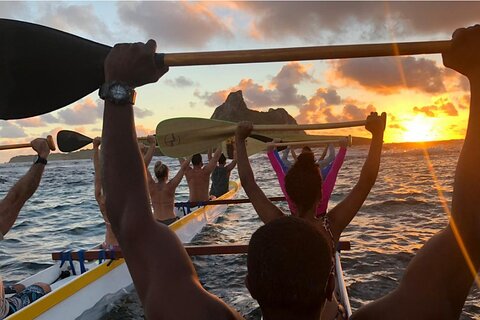 Come and experience the navigation in ancient boats of the Polynesian Triangle exclusively for you. The expedition's proposal is adventure and contemplation in the paradisiacal setting of Fernando de Noronha Island. Our captain is experienced in this type of navigation. The expedition leaves at Praia do Porto, passing through Air France, Rugido do Leão, Praia do Cachorro, Praia do Meio and Conceição, with a stop for bathing / diving. 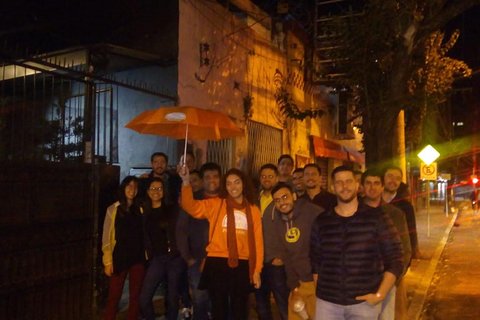 We'll take you to know the best bars in the Lower City of Porto Alegre. Exemptions at the entrance and cover of bars, the first free drink, besides being able to enjoy a lot of good music, meet and meet new and different people, you can enjoy 3 bars in a single night for 1 hour in each bar, with different atmospheres between them, but at the same time, they are the main reason to make the night even more special! And of course, there is always the option of spending more time enjoying the last bar of the night, for those interested. We will also tell you the best products to be consumed in each bar, as they all offer their own unique and extremely delicious cuisine! We have rules and decrees about the pandemic that must be obeyed! On instagram: @poapubcrawl 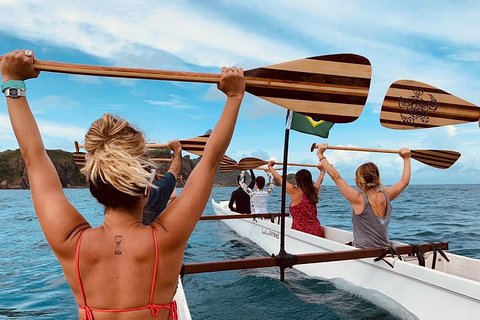 Come and experience the navigation of the ancient vessels of the Polynesian Triangle. The expedition's proposal is adventure and contemplation in the paradisiacal setting of Fernando de Noronha Island. The expedition leaves at Praia do Porto. The route is 4 km, passes through Air France, Rugido do Leão, Praia do Cachorro, Praia do Meio and Conceição, with a stop for bathing / diving. Live this experience and hope the dolphins surprise you! 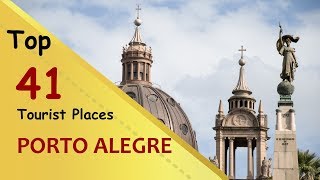 Porto Alegre (Things to do - Places to Visit) - PORTO ALEGRE Top Tourist Places City in Brazil Porto Alegre is the capital city of ... 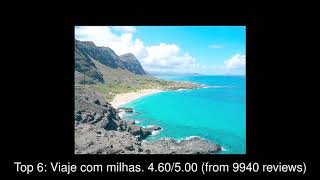 10 Best Tourist Attractions you MUST SEE in Porto Alegre, Brazil | 2019 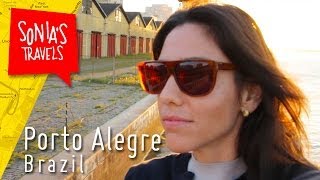 Cracking the Secret Code of Travel every Thursday. http://bit.ly/SoniasTravelsYT Check out the new flights to brazil from American ... 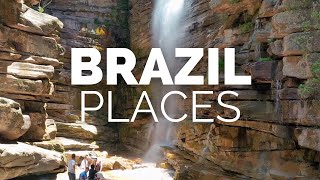 Check out all the places seen in this video: https://www.touropia.com/best-places-to-visit-in-brazil/ Famous for being home to one ... 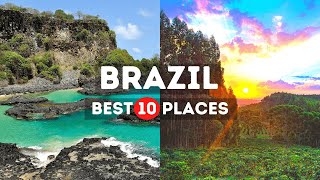 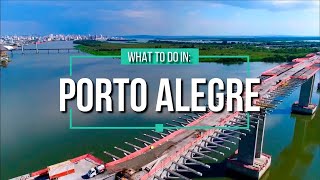 What to do in: PORTO ALEGRE

Hey, long time no post here! I was browsing my archieves and found out amazing footages of Porto Alegre then decided to make a ... 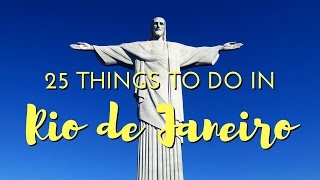 25 Things to do in Rio De Janeiro, Brazil Travel Guide

Hello from Rio de Janeiro! This was our first stop in Brazil and we were very excited to check out the top attractions, sample ... 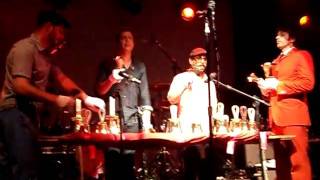 OK GO - What to do - live in Porto Alegre/BRAZIL

You must have talent to do this kind of thing. OK GO, you're the best! Thanks for coming to Brazil and, please, don't take to much ... 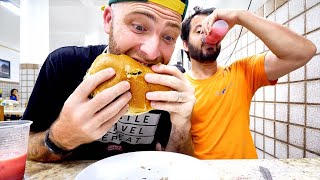 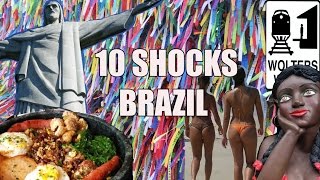 Visit Brazil - 10 Things That Will SHOCK You About Brazil

Read More About The Shocks of Visiting Brazil: https://woltersworld.com/things-that-shock-tourists-when-they-first-visit-brazil/ 10 ...

Porto Alegre is the capital and largest city of the Brazilian state of Rio Grande do Sul. Founded in 1769 by Manuel Sepúlveda, Porto Alegre is Brazil’s fifth largest metropolitan ...

Porto Alegre is the Brazilian capital of pride because, put simply, gaúchos are the most prideful people in the country. This pride is found in their local dress, food and ...

Last but not least, Porto Alegre, one of the largest cities in Brazil with a population of 1,479,101. Porto Alegre is located in the state of Rio Grande do Sul ...

Porto Alegre is one of the less known cities, but it’s the perfect stop if you’re heading south to Uruguay. Brazil is extremely beautiful, hope you get the chance to ...

The price includes accommodation (twin share for 6 nights), transfers to and from Porto Alegre, riding, meals, one welcome drink every day before dinner (local liqueur made with cachaca), soft ...

The 2005 World Social Forum in Brazil - Upside Down World
www.upsidedownworld.org

The WSF was founded in 2001 in Porto Alegre, Brazil to deliberately take place parallel to the World Economic Forum in Davos, Switzerland, an annual gathering of business and political ...