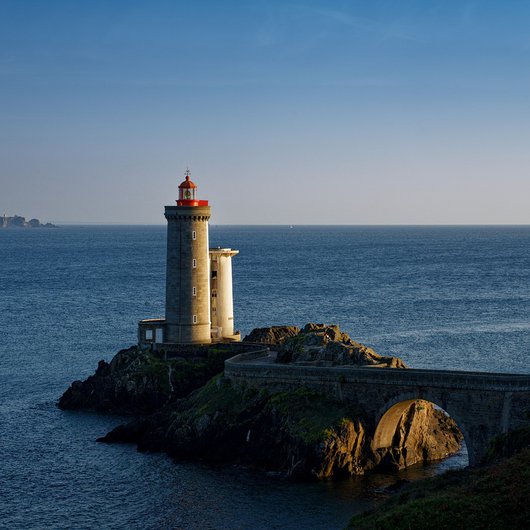 Things to do in Brittany 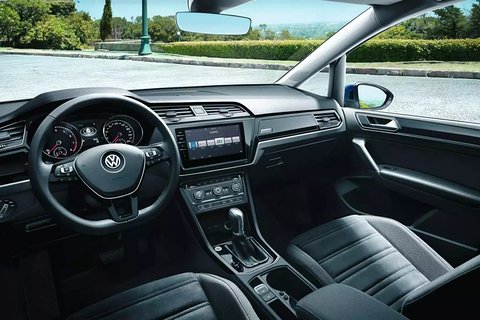 Discover the park and gardens of Château de Lanniron, a listed natural site unique in Brittany on the banks of the Odet. Nearly 40 hectares of park await you for a half-day with the family. 17th century terraced gardens, 19th century arboretum are to be discovered through a treasure hunt for children. Inflatable structures, trampolines, playgrounds, go-karts await you. Above all, come and seek lofty sensations in a course high in the trees with a view of the river! That's more than 350m2 of bouncy nets!

[Treasure hunt] The Quest for the Old Brest

Since we always learn better while having fun (at least I do), Brest Walking Tours has created an exciting outdoor game to enjoy with the whole family. Kids will love finding the hidden messages hidden around the city, while parents will appreciate the tasty anecdotes distilled in the booklet. Possible itineraries include a specially crafted WWII tour, a visit of Brest's region, an excursion to the more traditional Quimper/Locronan or a foodie tour to discover the delicacies of Brittany. It's is completely customizable so don't hesitate to contact me to make personal requests. We can also arrange tours for corporate groups, in French or English or in both! 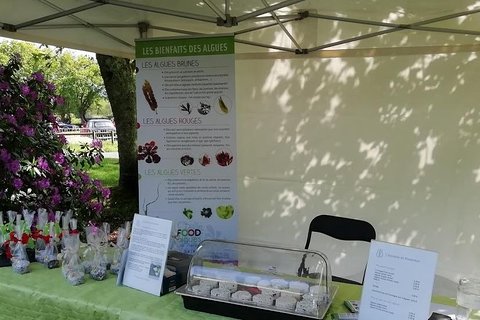 We offer you a unique experience of tasting original cheeses with seaweed. Algae not only bring color to food but also health benefits. 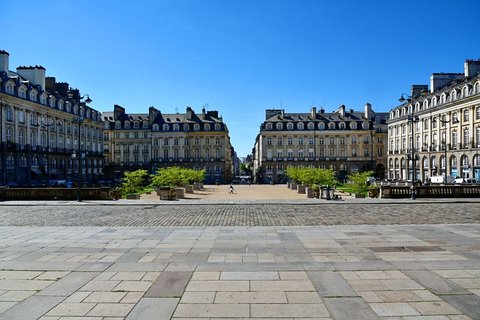 Escape The City is a mix between connected treasure hunt and outdoor / outdoor escape-game. Guided by the I.N.V.I.T. (Interface for the Intrepid New Time Travelers), you will have to explore your city, find clues, solve puzzles and interact not only with your digital companion but also with your teammates! Ready for the challenge? 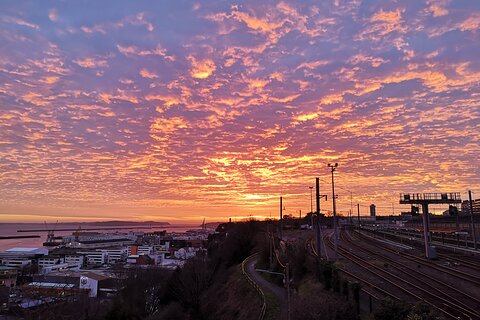 [Walking Tour] Discover the Best of Brest in 2 hours 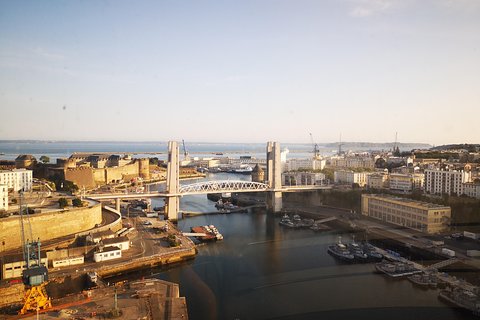 Brest, France's westernmost city, is wildly different from what you would expect to see in a French city. Vastly destroyed during the war, it takes pride in its special position at the "end of the land" and its lively, quirky people. During this 2 hour tour, we'll go find the culture and the hidden gems that make our city so special. From the Town Hall Plaza to the urban cable cars, we'll be walking through Brest's culture, past and present. We'll learn about its architecture and history, and get a nice introduction to the culture and history of Brittany. It will depart at 10.30am from the Multiplexe Liberté, which is a cinema on the main square (tram stop: Liberté). If you are coming from a cruise, you'll be dropped right in front of the square, the cinema is the rusty looking building on the right. I will be the girl with the little hulahoops on my back! 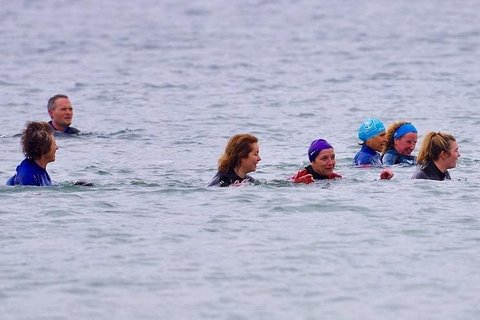 Unique endurance activity, practiced at SEA and / or POOL. It is ideal for getting into or going back to sport gently and painlessly. This activity has become a popular alternative to running on land for athletes and fitness enthusiasts looking for a low impact training activity on the joints. Aquajogging improves physical and mental well-being. It allows: to strengthen his physical condition, improve endurance, to lose weight, improve your tone, and fight stress and anxiety Open to all, this gourmet bike ride will allow you to discover the Ille-et-Rance canal on the outskirts of Dinan, while having a good time. Taste our delicious local specialties in a rejuvenating natural setting; relax while being guided on quality bikes; and enjoy a warm atmosphere in a small group led by a local guide. 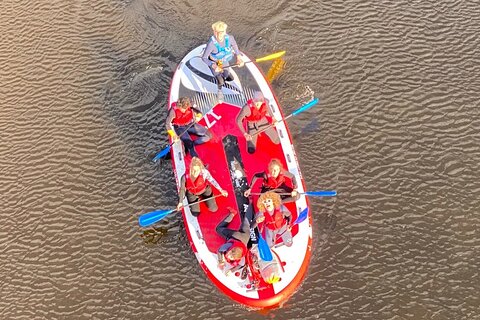 Is 15 kilometers long? So why not do it all together on a giant inflatable board? The Laïta is a wild river, which has drawn its bed through the Carnoët forest, between Quimperlé and the sea. Endowed with a very rich flora and fauna, it is also the witness of the history of a territory , with the castles of Bois du Duc, Bothané and Carnoët, or the abbey of Saint Maurice. The river sometimes has a marine face when you approach the coast, sometimes a more bucolic face upstream ... Become an adventurer and embark on our MegaCraft to discover bucolic landscapes in an unusual way.

Join Anne and Martin in a typical XII century stone house for an enjoyable hands on baking class. Have fun in a small group, in a relaxed and easy going atmosphere. Immerse yourself into the secrets of breton baking and traditions. After the class, we will enjoy our french pastries made together with a tea and coffee, a time to learn more about the french way of life. You will as well be able to take home your own pastries.

Lear how to make your own croissants - course in english 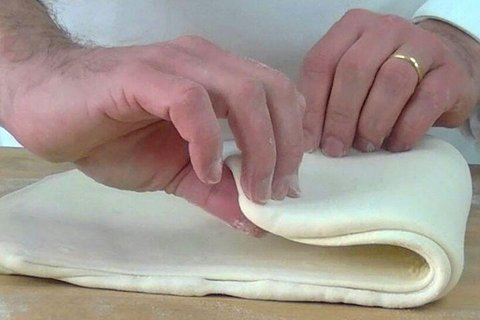 Passionate with our region and with pâtisserie, we are happy to share more than a baking class with our guests. We'll give you technics and tips to help you achieve perfect results back at home. We'll tell you about local products we use and local history around the recipe. To ensures personal attention from the instructor, the group is limited to 6 people. 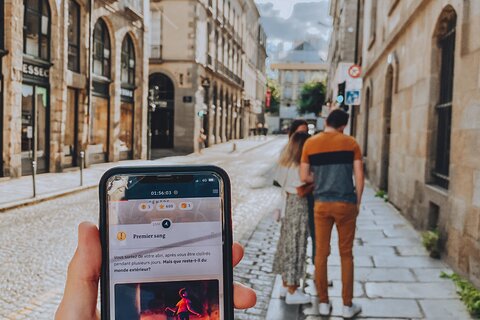 Want to spend a fun and nice time with family or friends? Going out and discovering a city while playing? Play an Urban Escape Game: walk around and let yourself be guided by the mobile application which will lead you to the different points of interest where you will have to solve puzzles and / or carry out missions! In a team of up to 6 people, you will only need your smartphone to embark on the adventure. Explore differently: play an urban Escape Game! 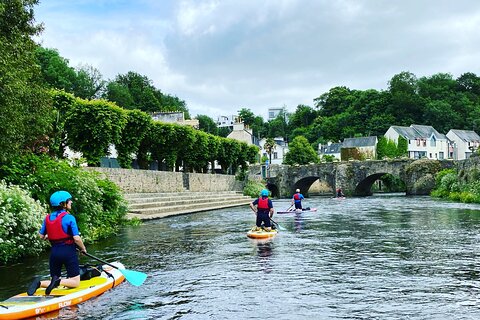 This is a truly unusual excursion, mixing the sporting aspect and the contemplative aspect. Allow 3 hours to complete this expedition. Paddle des 3 rivières is a unique activity, a real bridge between the countryside and its rural surroundings and the historic city center and the old stones of Quimperlé.

Hawaiian canoe with the Exploriders 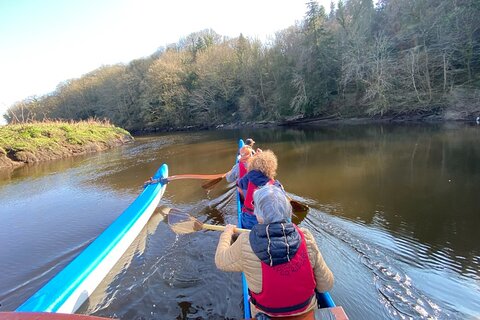 This is a truly unusual excursion, mixing the sporting aspect and the contemplative aspect. In addition, it is a UNIQUE activity, a real bridge between the countryside and its rural surroundings and the immensity of the coast. La Laïta is a wild estuary, ideal for discovering this activity, before setting out to sea, if the conditions are good on D-Day.

During this original bike tour in Rennes, you will discover Rennes off the beaten track! Your local guide, who is passionate about his city, will take you to (re)discover some of Rennes’ must-sees. Then you will leave the city in a few pedal strokes and discover that in Rennes, the countryside is within cycling distance! Finally, you will take the side roads that will reveal underground places and unsuspected little corners of nature in little-known districts! A friendly atmosphere and very local discoveries are on the agenda! 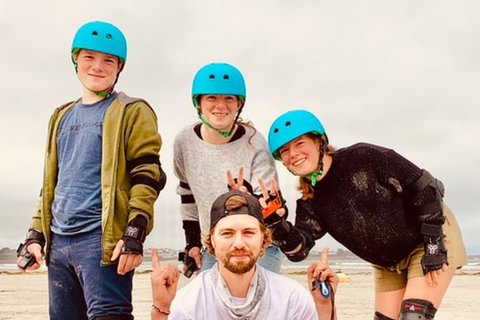 We want to share our expertise and our love of this sport and allow everyone to experience an exceptional adventure, so that riding an electric skateboard becomes second nature for all of you. 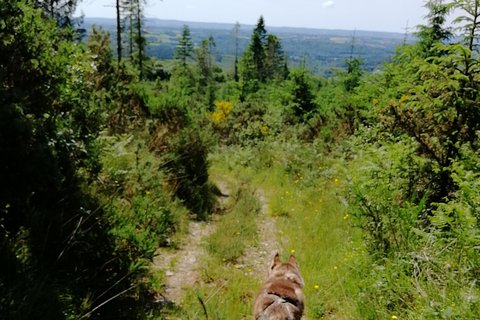 In Cani Rando, in the Monts d'Arree, in the heart of the Regional Natural Park of Armorique, circuit Between Mountains, from Mont Saint Michel de Brasparts to Roc'h Cleguer, with breathtaking views of the Monts d'Arree and the lake from Brennilis. Hiking pulled by one of the huskies of the Domaine, an atypical and original activity for hiking otherwise. Accessible to children under 12 and from 6 years old.

The best of Rennes by Electric bicycle 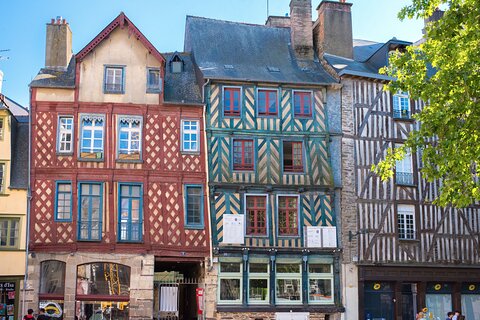 Along with a local, enjoy an electric bike ride to discover the most beautiful sites of the Breton capital. You will learn the great stories of Rennes, but also unusual local anecdotes, and discover the best places of Rennes! This beautiful stroll effortlessly through the small streets and large squares of the city will allow you to discover the historic center and its pretty half-timbered houses, Thabor Park, Parliament Square, Town Hall Square, hidden streets and few trendy shops and restaurants! You will thus discover a welcoming regional capital with a local atmosphere and a rich history, where heritage coexists perfectly with new trends. An original tour to visit the essential places of Rennes!

The Secrets of Rennes by Electric Bike 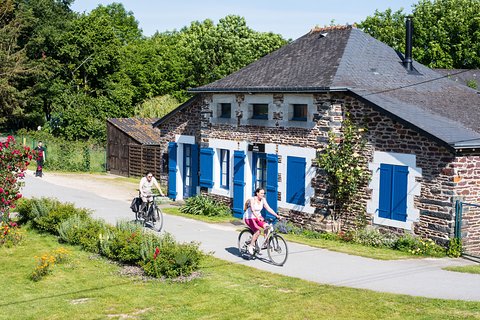 It's an electric bicycle tour off the beaten track with a local and in a very small group, to discover Rennes like a local! You will have the opportunity to discover few highlights of the city center, as well as the little-known and remarkable districts that make Rennes unique! Good mood, unusual discoveries, and tasting of local delicacies are on the program!