Visit our Dublin destination hub for day by day itineraries, top things to do in Dublin and more!

Christ Church Cathedral, more formally The Cathedral of the Holy Trinity, is the cathedral of the United Dioceses of Dublin and Glendalough and the cathedral of the ecclesiastical province of the United Provinces of Dublin and Cashel in the Church of Ireland. It is situated in Dublin, Ireland, and is the elder of the capital city's two medieval cathedrals, the other being St Patrick's Cathedral. The cathedral was founded in the early 11th century under the Viking king Sitric Silkenbeard. It was rebuilt in stone in the late 12th century under the Norman potentate Strongbow, and considerably enlarged in the early 13th century, using Somerset stones and craftsmen. Wikipedia 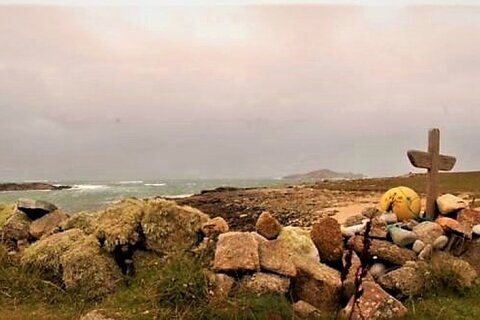 Omey Island lies 600 metres offshore of the of the Aughrus peninsula and has a wealth of ancient history and stories from the past. Your local guide will walk you across to this tidal island and share its rich history and the stories of St Feichin’s sacred island. The ruins of Feichin’s Church, a medieval church built on a 7th century Christian settlement. The church is surrounded by the remains of a semi-sunken village that was devastated by the Famine. St Feichin’s Holy Well can also be found to the west. Fahy Lough takes up one third of the interior of the island The island is now largely abandoned, with some part-time residents during the summer months. In the mid 19th century it supported a population of over four hundred people who lived off the rich fishing around the island and from cattle raised on the fertile, lime-rich soils. It is now the main burial ground for this region, utilizing an ancient monastic burial ground associated with Brendan the Navigator. 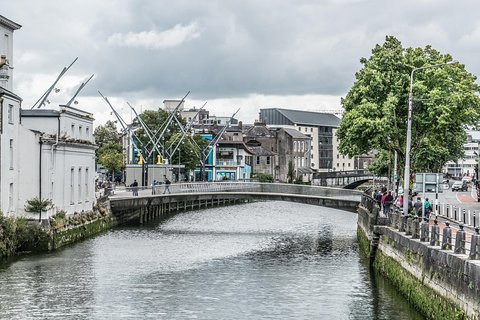 This magical walking audio tour will take you strolling along popular St Patrick’s Street, the enchanting English Market echoing with the sound of the bell of St. Anne's Church. Perfectly suited for discovery on foot, our self-guided audio tour allows you to set the pace and explore at your leisure as you uncover the stories of this exciting city. Learn about the history of Cork, from its foundation on the River Lee and Saint Fin Barre’s establishment of a monastery, to Viking dominance, Norman rule, the War of the Roses, the Protestant Reformation and the Irish War of Independence. To discover this fabulous city in your own time and at your own pace just download this self-guided audio tour, pop in your headphones, open the map that comes with your download and start walking. The tour will take approximately two hours, but you can pause the audio guide when needed. Grab a bite to eat or do some shopping along the way. Please note that this tour is only available in English. 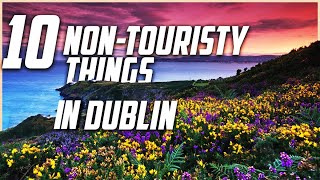 10 Amazing Non-Touristy Things To Do In Dublin 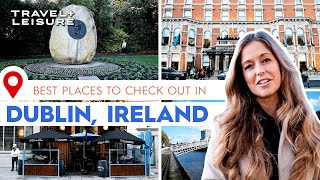 The Best Things to Do in Dublin, Ireland | Well Spent | Travel + Leisure

There are so many things to do in Dublin, Ireland. As travel starts to make a comeback, we're back too to show you the best places ... 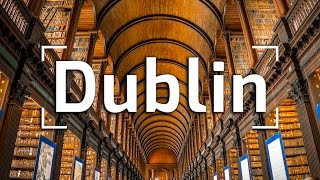 TOP 10 THINGS TO DO IN DUBLIN IRELAND | TRAVEL GUIDE

The essential travel guide to local spots and unique experiences. SUBSCRIBE AND JOIN THE ADVENTURE! 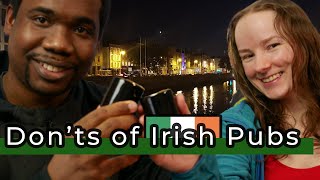 Expectations of Pub can be quite different to the reality. That's not a bad thing. It just means they're different. In these videos we ... 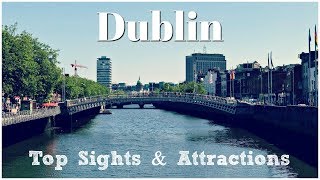 Top 10 Things to Do in Dublin

Heading to Dublin, Ireland? This video will show you some of the "do-not-miss" attractions in this wonderful city! This video only ... 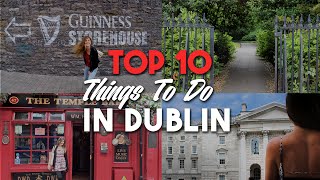 TOP 10 THINGS TO DO IN DUBLIN, IRELAND

In my TOP 10 THINGS TO DO IN DUBLIN video, I will take you all around the lovely Irish capital of Dublin to see, smell, and taste ... 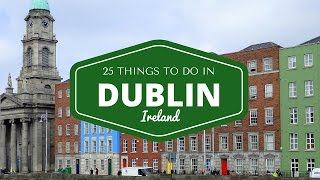 25 things to do in Dublin Travel Guide

So this week we're excited to be exploring Dublin and we're planning to spend an entire week here. This video is going to ... 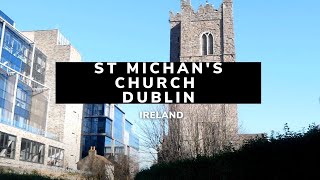 St Michan's Church | Dublin | Ireland | Churches in Dublin | Things to do in Dublin | Visit Ireland In this video, we take a look at St ... 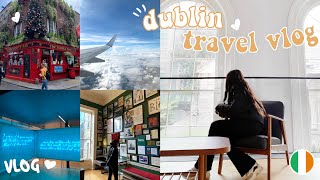 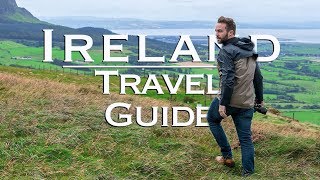 Want to know what to do when you travel to Ireland? How about what clothes to pack or how much your trip might cost? Alex and ...

9 Things to Do in Dublin, Ireland for the History Lover
www.dangerous-business.com

The Church – This pub, restaurant, and music venue used to be (can you guess?) a church! St. Mary’s Church of Ireland was built in the early 18th century, closing in ...

30 Best Things to do in Dublin, Ireland
www.travellens.co

Yes, you read it correctly. A church previously named St. Mary's was shut down in the year 1964 and was later converted into a bar and nightclub in 2007. Whoever ...

24 UNIQUE Things to Do in Dublin [in 2022]
www.thebrokebackpacker.com

Ever seen a church converted into a bar and restaurant? Well, you will once you’ve visited The Church in Dublin. Dating back to the early 18th Century, the building certainly ...

24 Of The Best Free Things To Do In Dublin - Wandering On
www.wanderingon.com

St. Ann’s Church on Dawson’s Street has been making daily bread to hand out to those in need since 1723. St. Michan’s on Church Street houses four mummified corpses in ...