Visit our Düsseldorf destination hub for day by day itineraries, top things to do in Düsseldorf and more!

The Königsallee is an urban boulevard in Düsseldorf, state capital of North Rhine-Westphalia, Germany. The Königsallee is noted for both the landscaped canal that runs along its center, as well as for the fashion showrooms and luxury retail stores located along its sides. Nicknamed Kö by the locals, the Königsallee is by far Germany's busiest, upscale shopping street. Wikipedia 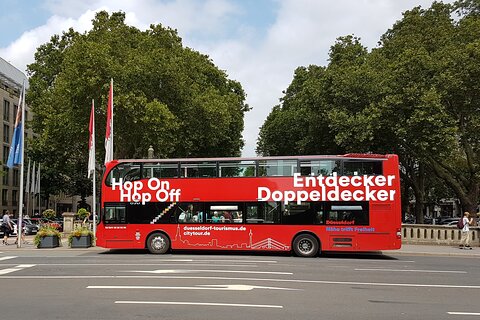 With us you can easily explore the city in 90 minutes. With our HopOn-HopOff ticket you can get on and off at any of the stops and get to know the city as you wish. When the weather is nice, experience the ride in the big red convertible bus. You can board any of these buses with your ticket and start or continue your journey. Every hour / first tour from the main stop at Königsallee 10:00 a.m. / last tour from Königsallee at 4:00 p.m. / return at 5:30 p.m. 7 stops: Königsallee, Altstadt/Rheinufer, Medienhafen/Rheinturm, Rheinterrasse/Ehrenhof, Aquazoo/Nordpark, Kunstakademie/Altstadt and Tourist Information/Hauptbahnhof from March Wednesday and Thursday Main stop Königsallee 10:00 / 12:00 / 14:00 / 16:00 Friday Sunday Main stop Königsallee 10:00 / 11:00 / 12:00 / 13:00 / 14:00 / 15:00 / 16:00

Tour to the sweetest delicacies in Düsseldorf with many samples 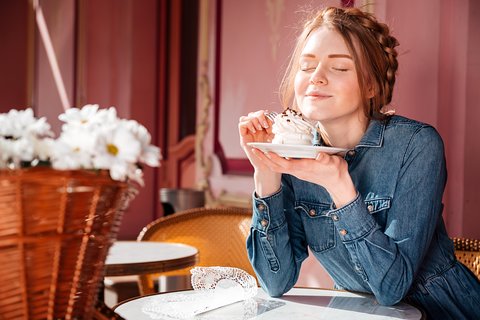 Get to know various pastry shops, cafés, confectioneries and other providers of sweet treats in the old town of Düsseldorf and around Königsallee with us on this tour. There is a sweet taste in every location. The guide also tells you funny and curious stories about the sights and places we come by - and also knows a lot about the history of the great Düsseldorf cafés.

Girls ... this is your tour! It's going to be pink, it's going to be high in alcohol, it's going to be fun. We start our city tour in style with a can of Prosecco at Carlsplatz and then stroll with you through the old town of Düsseldorf. Instead of being bored with the dates, the guide prefers to tell you what you see or don't see along the way - and has many anecdotes about loving, living and celebrating at the longest bar in the world. And because we can't be responsible for your thirst, there are various drinks on the way to Königsallee - from the pink party shot to the home-brewed beer. We stop at an ice cream parlor, where there is ice cream, we choose the best biker with an order and take you to the first cupcake café in Düsseldorf. We'll do a little photo shoot on Königsallee before the tour ends in a pub on Bolker Straße. 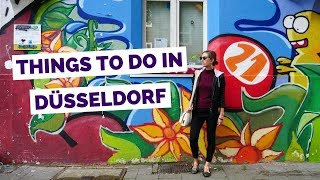 20 Things to do in Düsseldorf, Germany Travel Guide

Come join us as we visit a new city in Germany exploring Düsseldorf in this travel guide featuring 20 things to do around ... 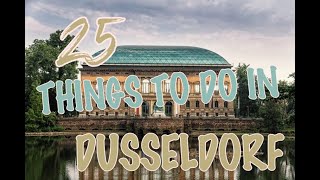 Top 25 Things To Do In Düsseldorf, Germany 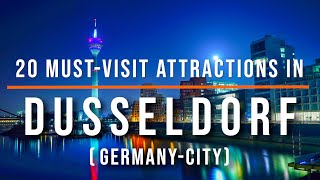 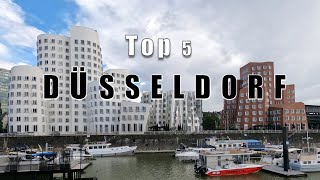 Why I LOVE Düsseldorf. Top 5 must visit places when on a day trip. Indian vlogger in Germany.

5 locations you must visit in Düsseldorf. These pin-pointed on Google Maps below! I'm an Indian vlogger living and exploring ... 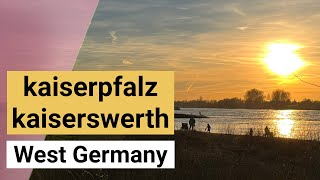 As I explore, different places around, I would like you to join me if it interests you, constructive feedback is welcome. Do join me. 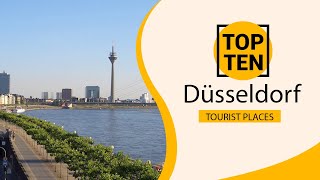 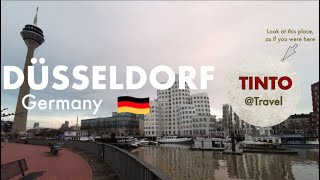 WHAT TO DO IN DÜSSELDORF, GERMANY 🇩🇪 ? (5 places to see and things to do)

Are you looking for places to see and things to do in DÜSSELDORF for one or a few days? Then this video is perfect for YOU! 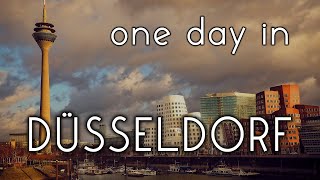 Things to See in Düsseldorf, Germany | Day Trips in Germany

Düsseldorf is the capital city of North Rhine Westphalia and an important fashion and art center. As such, it offers plenty art ... 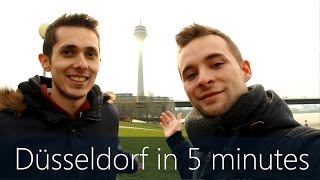 Düsseldorf in Germany is a worth seeing city. From the airport and the skytrain to the old town - there are a lot must-sees for your ... 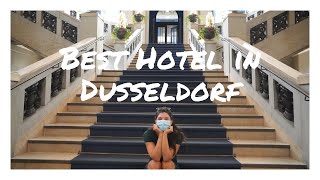 2 days in Düsseldorf at the Wellem Hotel

We spent 2 days exploring Düsseldorf and stayed at possibly the best hotel point redemption EVER: the Wellem hotel. We give ...

6 Top Things to do in Düsseldorf - Avanti Travel Insurance
www.avantitravelinsurance.co.uk

Known affectionately as the “Kö” by locals, the Königsallee is a plush shopping boulevard running either side of a canal. Lined with the flagship stores of many premium brands – ...

What is there to do in Düsseldorf, Germany?
www.themunchingtraveller.com

The Königsallee is Düsseldorf‘s most elegant street for high-end luxury shopping. While many people often compare this to the Avenue Montaigne in Paris, here, you’ll find yourself walking along the ...

One day in Dusseldorf, Germany (Guide) - Top Things to Do
www.onedayitinerary.com

Königsallee (known among the locals as Ko) is the defining luxury boulevard in Dusseldorf. It stands on either side of a canal, lined with beautiful trees, about a kilometer long, ...

The Best Things To Do In Dusseldorf, Germany - Jetsetting Fools
www.jetsettingfools.com

Pro Tip: Konigsallee Street – or just Ko for short – is the city’s impressive, high-end shopping street. Even visitors who are not interested in shopping should take a stroll ...

Afterwards we set off into the city centre again, for a walk in the Altstadt. We started off at Königsallee, which is a very posh shopping street. Not for our ...

Christmas music, handicrafts and loads of fun for children– the magnificent Christmas world in Düsseldorf is more than just a Christmas market. It comprises seven different themed markets all of which are within ...

Leonardo Boutique Hotel Düsseldorf is one of the most affordable yet satisfying hotels in Düsseldorf, Germany you can find. It’s loved by many because of its location. Situated near Königsallee ...

Dusseldorf is a large city in Western Germany that has many great places to eat and fun attractions to visit. Konigsallee boulevard is a great place to go shopping for ...

This contemporary hostel is centrally located in Düsseldorf’s Friedrichstadt district. Just 15 minutes’ walk from the Old Town, it offers comfortable rooms with free WiFi. A light breakfast buffet is ...