Visit our Firenze destination hub for day by day itineraries, top things to do in Firenze and more!

Piazza della Repubblica is a city square in Florence, Italy. It was originally the site of the city's forum; then of its old ghetto, which was swept away during the improvement works, or Risanamento, initiated during the brief period when Florence was the capital of a reunited Italy—work that also created the city's avenues and boulevards. At that time, the Loggia del Pesce from the Mercato Vecchio was also moved to Piazza Ciompi. The square's Giubbe Rosse cafe has long been a meeting place for famous artists and writers, notably those of Futurism. Wikipedia

Pisa and Lucca from the Livorno Cruise Port 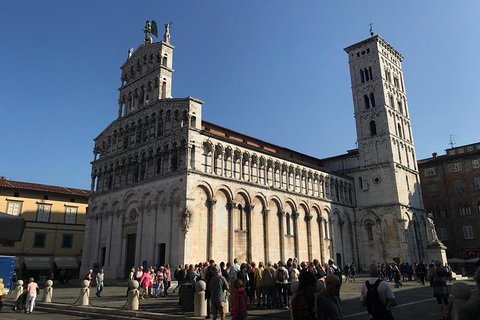 PRICE FOR VEHICLE - Pisa and Lucca from the Livorno Cruise Port with Mercedes Benz Vehicle and English Speaking Driver. Meet & Greet under the ship: the driver will have a sign with the name indicated during the booking. Short car tour of the city of Pisa to admire the Lungarni, the ancient fortress where the Scotto Garden is located, the Church of the Spina that protrudes over the Arno, the tree-lined Viale delle Piagge and the Church of San Michele degli Scalzi with its bell tower pendant. Stop in Piazza dei Miracoli to admire the Leaning Tower, the Duomo and the Baptistery. Tickets to climb the tower and visit the cathedral and baptistery not included. Stop in Lucca for a walk on the ancient walls and to admire the cathedral, the Torre del Guinigi and the beauties that the city offers. Possibility to book a typical restaurant to taste the local cuisine and Tuscan wine Driver available for the entire duration of the tour. Return to the port of Livorno in time to resume the ship.

Half Day in Pisa from the Cruise Port of Livorno 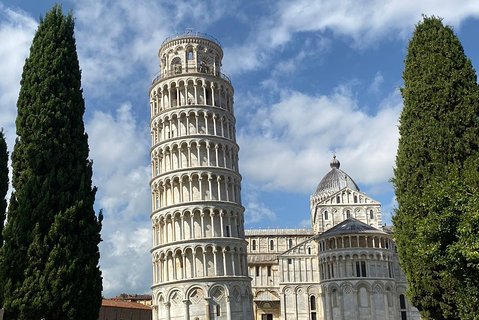 PRICE FOR VEHICLE - Half day in Pisa with Mercedes Benz Minivan and English speaking driver. Meet & Greet under the ship: the driver will have a sign with the name indicated during the booking. Short car tour of the city to admire the Lungarni, the ancient fortress where the Scotto Garden is located, the Church of the Spina that protrudes over the Arno, the tree-lined Viale delle Piagge, the Church of San Michele degli Scalzi with its leaning bell tower, Piazza dei Cavalieri, home to one of the most famous and prestigious Italian universities, and the Basilica of San Piero a Grado. Stop in Piazza dei Miracoli to admire the Leaning Tower, the Duomo and the Baptistery. Tickets to climb the tower and visit the cathedral and baptistery not included. Driver available for the entire duration of the tour. Return to the port of Livorno in time to resume the ship. 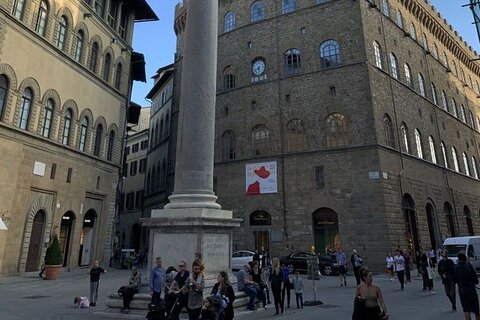 Find out why Florence is considered the cradle of the Italian Renaissance with an introductory walking tour that will retrace the city's 2,000-year history. Understand the context and learn about the events of the Renaissance from your expert guide. Admire the city’s most iconic landmarks including the Uffizi Galerie, the Santa Maria del Fiore Cathedral with Brunelleschi’s incredible dome, Palazzo Vecchio in Piazza della Signoria, and of course the oldest bridge of Florence, the Ponte Vecchio. Explore the city and benefit from the insights of your local guide. Listen to tips and tricks to enhance your stay including the best places to eat, the easiest ways to get around the city. Your guide will help you familiarize yourself with the city, making sure you have nothing to worry about for the rest of your trip. By the end of the tour, you’ll feel confident navigating the city on your own, armed with all the necessary information to have the trip of a lifetime.

Experience Florence like a local with the company of an enthusiastic and knowledgeable local guide Enjoy a small group of max 12 people to see Piazza, Palazzo, and Mercato all put together! Join this  2-hour walking tour in Florence to see many of the famous attractions in one go in and around the historical center. Walk the streets and learn about the perfect food, friendly people, lovely weather, and the stunning art Uncover a deeper understanding of the history, wealth, and spirit of Florence. Immerse yourself in the very atmosphere, history, and culture of this glorious Italian city on our exceptional Florence for beginners - best walking tour. 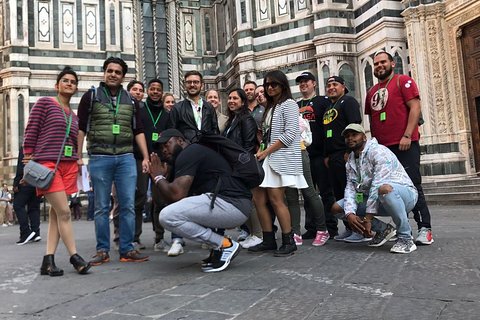 TOUR HIGHLIGHTS • View the famous “Madonna di Ognissanti” by Giotto and the “Battle of San Romano” by Paolo Uccello • Florence’s must-see attractions: Combi Tour with Uffizi Galleria & City Walking Tour • Peruse house paintings ranging from the 13th century to the 18th century • Walk to the stunning Piazza with the Santa Maria del Fiore Cathedral - Join a combined tour of Florence’s must-see attractions. Follow a guided tour to the world-famous museum, Uffizi Gallery in which the world’s finest collection of Renaissance paintings is stored as well as a walking tour of the city.

The Fonte Gaia captured the enthusiasm the community felt when water finally reached the Piazza del Campo after 8 years of work through an aqueduct and underground tunnel system.  It ...

As I Travel | Enjoyed this pizza place in Pisa
www.asitravel.eu

About 1.2 kilometers from my hotel, pretty close to Piazza dei Cavalieri or to Arno river, this place is easy to reach from more than one place in the city. ...

A Tuscany Road Trip from Pisa to San Gimignano - The Travelista
www.thetravelista.net

Of course landing in Pisa it would have been rude not to make the Leaning Tower our first stop of the trip, so off we went into the centre of ...

Zip around the city on a segway in a tour that combines historic sightseeing with epic fun. Over three hours, you’ll glide around, taking in all of Pisa’s top sights, ...

What to see in Pisa – Arrivals Hall
www.arrivalshall.com

Pisa celebrates notable public figures. A statue of Cosimo I de’ Medici, of the famous Florentine family, stands in Piazza dei Cavalieri. A bronze statue of Galileo Galilei is temporarily ...

Things to do in Pisa - a guide to the Leaning Tower, Duomo and Baptistery | Heather on her travels
www.heatheronhertravels.com

If you’re looking for day trips from Florence, check out CiaoFlorence who offer lots of different options, including a half day trip from Florence to Pisa. Their tour takes in ...

The Best Things to Do in Pisa | Beyond The Tower — ALONG DUSTY ROADS
www.alongdustyroads.com

Start the day with an espresso at one of the Piazza della Repubblica’s famous cafes- the Caffè Gilli, Paszkowski and Caffè Giubbe Rosse. The drinks may be a little overpriced, ...

You can easily plan an hour just enjoying the incredible views in Piazza dei Miracoli and why not, lots of wonderful photo opportunities (yes that would include the typical “holding ...

Closed to the public for nearly 10 years, the extraordinary engineering project to reduce the Leaning Tower’s lean is now complete. Scaling the 293 steps may not be for the ...

45 Fun Things to Do in Tuscany, Italy (2021 Update)
www.travelpassionate.com

For a unique view of the Piazza dei Miracoli, climb the Leaning Tower of Pisa in Tuscany. There are 300 steps to the top, but anyone with a moderate fitness ...

21 Romantic Things to Do in Tuscany - Our Escape Clause
www.ourescapeclause.com

It is absolutely beautiful, home to world-class art, stunning architecture, and some of the world’s best food. Every other spot in Florence, from the Piazza della Repubblica to the Ponte ...

Road Trip to Tuscany: Exploring the Old City of Florence on a Budget - The Swiss Freis
www.theswissfreis.com

Walking through Florence it’s easy to tell that piazzas are common architectural features. One of the most memorable is the Piazza della Signoria. This L-shaped square is the political focus ...