Visit our Galle destination hub for day by day itineraries, top things to do in Galle and more! 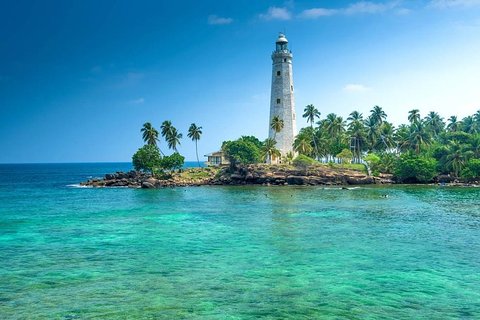 Galle, 119km from Colombo, is a major city situated at the tip of the South Western coast of Sri Lanka. Being a coastal area, it is quite hot and humid but has an abundance of beautiful beaches in every town that you pass while travelling from Colombo to Galle. The Galle Fort was built by the Portuguese, fortified later by the Dutch and is well preserved till today. In addition to the Portuguese and Dutch remains, you will also find many British mansions left behind. As for beaches, the Unawatuna Bay probably tops it all and is safe for snorkelling and swimming because a reef protects it. There you have it, a day tour of the city of Galle in a nutshell. In case there is a delay in your departure, try using the Southern Expressway, a recently built highway that can take you to Galle in half the time.

(SKU: LK60340400) The Coastal Ride in the South of Sri Lanka takes you to the most memorable places you've ever seen! Afterward, quench your thirst for adventure with a river safari in the Madu Ganga. You will also visit a World Heritage site, a Dutch Fort in Galle which is considered one of the most well-preserved forts in all of Asia. You'll never run out of things to see!

Coastal Ride to Galle from Panadura 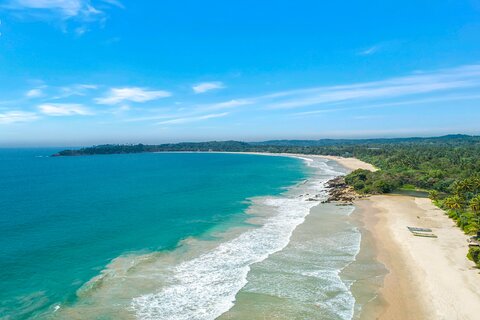 (SKU: LK60340400) The Coastal Ride in the South of Sri Lanka takes you to the most memorable places you've ever seen! Quench your thirst for adventure with a river safari in the Madu Ganga. You will also visit a World Heritage site, a Dutch Fort in Galle which is considered one of the most well-preserved forts in all of Asia. You'll never run out of things to see! 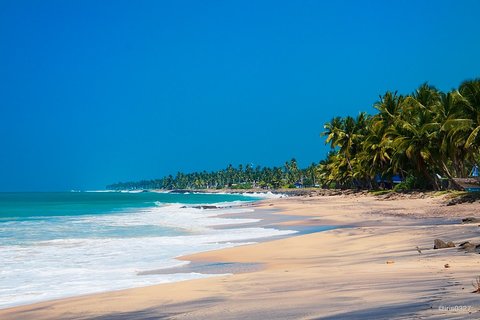 This one-day tour offers you the opportunity to tour the best attractions on the Southern coast of tropical Sri Lanka.The Coastal Ride in the South of Sri Lanka takes you to the most memorable places you've ever seen! Go for snorkeling or swimming at Hikkaduwa beach, visit the Kosgoda Turtle hatchery, a safe haven for an endangered species and the perfect place to get acquainted with the local wildlife. Go on a wonderful boat ride down the Madu River with its flourishing ecosystem. Pass through the secretive passages created by the mangroves. See the basking crocodiles and water monitors. Visit one of the small islands with its cinnamon harvesting natives. Enjoy the restorative qualities of the famous fish massage. 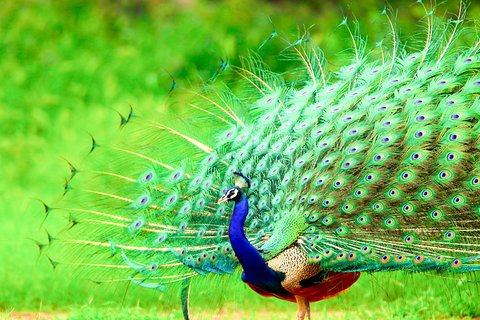 A safari in Bundala National Park offers a great opportunity to see some amazing wildlife and bird species in the South of Sri Lanka! Bundala National Park is a fantastic maze of waterways, lagoons and dunes that glitter like gold in the dying evening sun. This wonderland provides a home to thousands of colorful birds ranging from diminutive little bee-eaters to grotesque open-billed stalks. It is a wetland sanctuary of such importance that it has been recognized under the Ramsar Convention on Wetlands. Many big mammals are also present, with between 15 and 60 elephants depending on the season (December is the best month). The park shelters almost 200 species of birds within its 62-sq-km area, with many journeying from Siberia and the Rann of Kutch in India to winter here, arriving between August and April (December to March is the peak time). It’s also a winter home to the greater flamingo, and up to 2000 have been recorded here at one time.

For Time Travel in Sri Lanka, take a trip to Galle - Zest In A Tote
www.zestinatote.com

Colombo to Galle distance is about 2 hours via Southern Expressway. We had rented a car and driver for the entire duration of our Sri Lanka stay, so the journey ...

Hikkaduwa is a pristine, tourist friendly beach on the West Coast of Sri Lanka. It is located north west of Galle and is easily accessible by Southern Expressway. Hikkaduwa is ...

Also, the national park is easily accessible by taking the Southern Expressway. Take the Galle expressway and traverse through Matara and Tangaelle. Based on our travel experience, it takes about ...

Travel time: The coastal road is about a 40km or approx. one hour drive from Balapitya to Galle, maybe a little faster if you head inland and take the Southern ...

Galle is 124 km away from Colombo, the capital city of Sri Lanka, and takes just about 2 hours to reach via Southern Expressway (E01). We hired a car with ...

There are a few small, air-conditioned buses for certain long-distance routes. A few air-conditioned Volvo buses run from Colombo to far corners of Sri Lanka at night and can be ...