Garmisch-Partenkirchen is a ski town in Bavaria, southern Germany. It is the seat of government of the district of Garmisch-Partenkirchen , in the Oberbayern region, which borders Austria. Nearby is Germany's highest mountain, Zugspitze, at 2,962 m . The town is known as the site of the 1936 Winter Olympic Games. Wikipedia 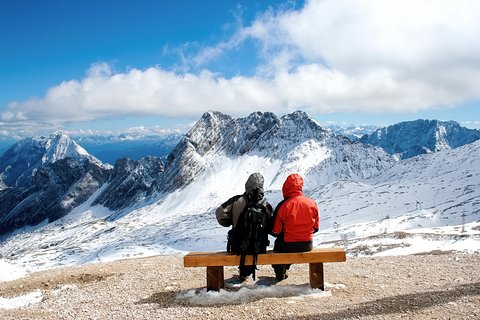 This day trip takes you through the charming Garmisch-Partenkirchen to the Zugspitze, the highest mountain in Germany. You start your ascent with the new cable car, which will take you to the almost 3,000 meter high mountain peak in just ten minutes. After enjoying the exhilarating views over more than 400 peaks, you can explore the countryside on a short hike. For those who like things a bit faster, a toboggan hill is available on the eternal ice during the summer months. Toboggans can be borrowed free of charge. In the many restaurants (which also offer vegetarian and halal menus) you can indulge in culinary delights. The descent then takes place with the historic rack railway. Highlights: Germany's highest mountain, toboggan hill at 3,000 meters altitude, historic rack railway Languages: English and German speaking guide on board Particularities: The rides on the cable car and the historic rack railway are already included in the ticket price. 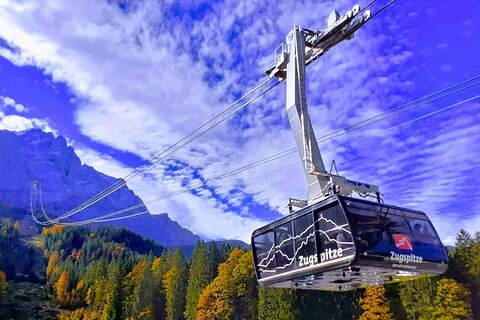 ALL MOUNTAIN LIFTS AND SIGHTS ARE OPEN! Mount Zugspitze - a mountain of superlatives: At 2,962 m, the highest mountain in Germany, whose unique 360 ° panorama allows breathtaking views of both the plains and the Alpine peaks of four countries. On the Zugspitz Glacier, fun & action awaits you in the eternal ice, while you experience three world sensations on the ride on the new Zugspitz cable car: the highest cable car support + the greatest difference in altitude + the longest rope span! The trip doesn’t have to end with the descent: Your personal, licensed and friendly tour guide will take you in a comfortable VW minivan to other top sights in and around Garmisch-Partenkirchen and explain their historical and current background. Image # 3 with friendly Approval © Bayerische Zugspitzbahn / Maximilian Prechtel; # 4, 8 and 13 © Bayerische Zugspitzbahn / fendstudios.com 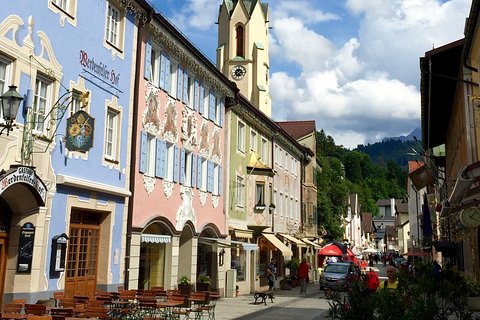 Garmisch-Partenkirchen is an amazing place! This merged city sits at the heart of a historical European trade route of the Middle Ages causing an unbelievably unique and blended history. In more modern times, the influence of the Nazi party and the atmosphere of the American occupation in the late ’40s has radically impacted the attitude and culture of this valley paradise. This tour provides fantastic insight into the history, art, architecture, dining, and people of this sublime Alpine city. 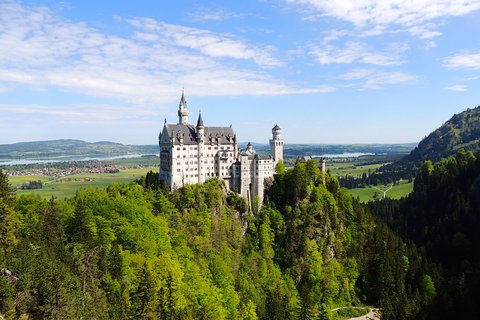 Neuschwanstein Castle is wrapped in mystery and beauty. The former dream of the Wittlesbach king, Ludwig II, the castle is not only gorgeous but the perfect place to explore the mystery of Ludwig's untimely demise and begin to learn the Bavarian Beer Culture. After a 'skip the line' entrance into Neuschwanstein castle the your guide will bring you to the village of Murnau where you will visit the Griesbräu brewery for your tour of the brewery given by the brewmeister himself. An obscene amount of sample beers and beer schnapps await along with your very own "Brewery Certificate." Once the brewery tour is concluded we make our way to the Murnau train station for a short train ride back into the city of Garmisch-Partenkirchen.

Enjoy an exclusive excursion - without other participants - to the plateau of the Zugspitze (2,962 metres) glacier. The full day trip starts in the morning, with pick up at your Munich city hotel or private accommodation. Cool drinks and snacks will be waiting for you in a comfortable SUV or Minivan vehicle. As soon as we have arrived at the beautiful Eibsee, one of the most beautiful lakes in Bavaria, the new Zugspitz cable car (opened 2017) will take us very close to the highest peak in Germany. During your stay on the plateau you will learn interesting information about the region's history and its role in World War II. After our "at the top of Germany" experience, we will have a relaxing Eibsee lakeside walk or boat ride (rental coast not included) for about an hour. After a relaxing break in the popular skiing and hiking region of Garmisch-Partenkirchen including a tasty traditional lunch, we will head back towards Munich - to the agreed starting point or hotel/accommodation! 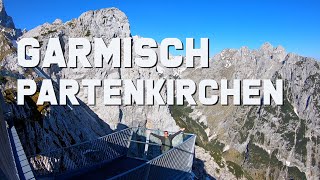 Things to do in Garmisch Partenkirchen. Dave and Deb of The Planet D travel to Bavaria Germany to share the best things to see ... 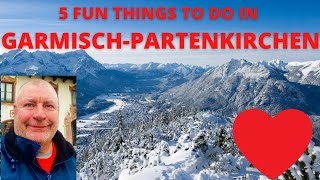 🇩🇪 Top 5 Things To Do In Beautiful Garmisch-Partenkirchen 🇩🇪

I love visiting the beautiful town of Garmisch-Partenkirchem. Although there are tons more to do in Garmisch I had decided to ... 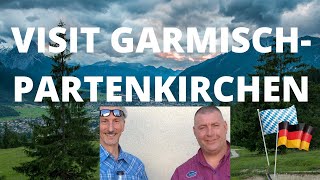 🇩🇪 1000 Things To Do In Garmisch-Partenkirchen 🇩🇪

I love the Garmisch area and I find myself always planning for my return. I would like to encourage you to make ... 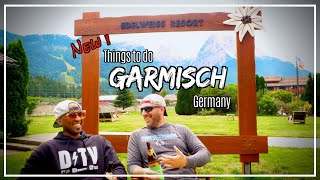 New Things To Do in Garmisch Germany from Edelweiss Lodge and Resort! 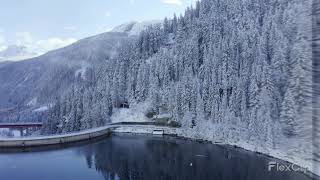 Top 5 Things to See and Do in Germany Garmisch-Partenkirchen,

Garmisch-Partenkirchen, a Bavarian town, is known for leaving visitors stunned with its breathtaking beauty. It is most known for ... 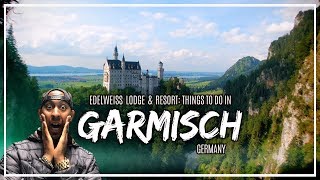 Edelweiss Lodge and Resort: Things To Do In Garmisch Germany! 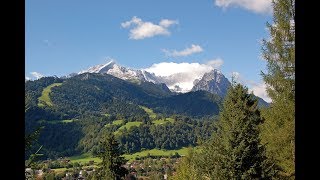 Places to see in ( Garmisch Partenkirchen - Germany ) Garmisch-Partenkirchen is a German ski resort in Bavaria, formed when 2 ... 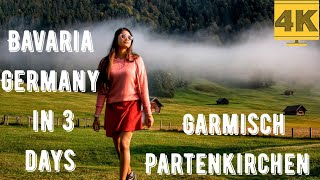 Bavaria Germany in 3 days | 4K |Garmisch Partenkirchen is a dream 💭

Garmisch Partenkirchen in Bavaria, Germany for 3 days was a wonderful trip we had. This video is about things to do in 3 days in ... 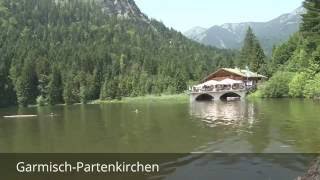 Places to see in ( Garmisch-Partenkirchen - Germany )

Places to see in ( Garmisch Partenkirchen - Germany ) South of Garmisch-Partenkirchen on the Austrian border lies Germany's ... 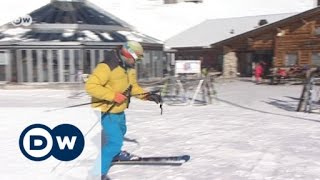 Ski-maker Axel Forelle takes us to the Eibsee Lake at the base of the Zugspitze; the historic Ludwigstrasse in ...

Partenkirchen is the elder sibling, with a well-tended historic district along the Ludwigstrasse, as well as a modern commercial center. Our home base in Garmisch, the Hotel Zugspitze (Klammstrasse 19), ...

14 Garmisch and Partenkirchen were once two separate market towns and both offer charming historical centers, a wealth of culture and plenty of good old-fashioned Bavarian hospitality amid scenic surroundings with ...

34 Things To Do In Germany: Travel Tips From A German Transplant
www.withoutapath.com

Austria, Switzerland, Italy — they get all the credit when it comes to the Alps. It’s fair, but Germany has its own slice of Alpine life in Bavaria. Garmisch-Partenkirchen would ...

In case you think we were heading to the quaint village for some skiing fun, nope we weren’t. Garmisch-Partenkirchen, affectionately known as GaPa locally, was chosen because it is the ...

Why You Should Visit Garmisch-Partenkirchen - My Flying Leap
www.myflyingleap.com

In 1936, Garmisch-Partenkirchen was chosen as the site of the Winter Olympic Games. Prior to the games, the towns were united into one by Hitler. This was the first Olympic ...

Located in the Bavarian Alps in southern Germany, this five star hotel is the best amongst many others found in the Garmisch-Partenkirchen resort, the largest ski resort in the whole ...

Start the New Year living your life to the fullest! Make a New Year’s Resolution to spend more time with the family, learn to ski and have more fun in ...

Since we knew that we would be staying overnight at Edelweiss Lodge at Garmisch, we decided to use the latter part of the afternoon to visit King Ludwig’s “other” castle. ...

If you are a backpacker that likes combination of natural beauty, lots of hiking trails and an affordable yet stylish base with great facilities , the moun10 hostel is the ...

Not far from Garmisch-Partenkirchen, we drive to the village of Oberammergau. This little town keeps its promises. In 1634, bubonic plague swept through the village. The inhabitants promised God that ...

16 Exciting Things to Do in Germany on Your 2021 Holiday
www.tripzilla.com

The towns of Garmisch and Partenkirchen used to be separate but were combined to host the 1936 Winter Olympics. It’s crazy cool to say you were skiing in Garmisch during ...

The 10 best places you need to visit in Germany | Expatica
www.expatica.com

You can either hop inside one of three cable cars or take the Bayerische Zugspitzbahn mountain railway. The latter begins its journey at the Garmisch Zugspitzbahnhof and ends at the Zugspitzplatt ...

14 Wellness Hotels in Germany to Check into for Ultimate Relaxation
www.monkeysandmountains.com

This cozy hotel is decorated in country-style rooms. The spa area at the Romantik Alpenhotel Waxenstein offers fantastic mountain views. It’s a great place for a combination of an active ...

A Complete Travel Guide to Garmisch-Partenkirchen: Gateway to the Bavarian Alps - Northabroad
www.northabroad.com

The hotel options in Garmisch-Partenkirchen are really good. It’s not the cheapest place to stay, but it makes sense that there’s a price to pay for being in what is probably ...

My Wurst Trips to Germany
www.neverstoptraveling.com

In Munich my wife and I went to the Hofbräuhaus and sat at a table with a mother and her daughter from Texas. They had just returned from a week ...

The highest mountain is Germany is the Zugspitze, located above the town of Garmisch. Although the peak is a world-renowned spot for serious skiers, a trip to the top is ...

Alternatively, late spring and early-Autumn make great shoulder months to visit when tourists are light, and prices are not so high. Take a detour off the Romantic Road to visit nearby ...

We took them to the restaurant, Mohrenplatz, we’d discovered the night before, which not only boasted delicious food, but some of the only friendly locals we met while in Garmisch. ...

Murnau am Staffelsee is a great day trip destination from Munich! Less than an hour south by train or car, Murnau is a cute Bavarian town on the edge of ...

In some sense, life here is a bit like living in a bubble, no matter what goes on in the rest of the world, little happens here, and many things ...

A Guide to Exploring Oberammergau, Germany – Travels With Tricia
www.triciaannemitchell.com

Bus 9606 travels between Oberammergau and Garmisch-Partenkirchen. The Oberbayernbus website displays current timetables. Navigate to the Oberbayern website and click on “Fahrplan,” then “Fahrplandownload.” Then input “9606” in the search ...

What to see in Garmisch-Partenkirchen - Culture tourist
www.culturetourist.com

Garmisch-Paterkirchen is a perfect combination of beautiful nature and interesting history and culture. It’s also quite close to some nice places, so if you are there with a car, be ...

Get high on the Alps — Travel Beats
www.travel.eatsandretreats.com

La fanfare de Garmisch Partenkirchen (September 6-8) For three days every September, the streets of Chamonix come alive with concerts and parades. The event celebrates the establishment of Garmisch-Partenkirchen, a ...

Route 2 – Cogwheel train from Eibsee:  Zugspitze can be visited from the train station in Garmisch-Partenkirchen as well. The train takes you through Grainau and Eibsee and then ascends Zugspitze by cogwheel power. ...

10 Reasons Why You Should Visit Germany | Endlessly Wanderlust
www.endlesslywanderlust.com

There’s loads of quaint German towns that are worth spending a few days in. In fact, many you will never want to leave. Each has a different vibe, food, things ...

One warm May Saturday morning three friends and I drove to Garmisch-Partenkirchen, home to the 1936 Olympic Games. Even today, alpine skiing world championships are regularly held in the area. ...

The lake can be reached by car via the A95 freeway from Munich to Garmisch. It is a pleasant one-hour drive, and you can directly park the car in Kochel ...