Visit our Greece destination hub for day by day itineraries, top things to do in Greece and more!

Cruise to Kefalonia, Ithaca & the beaches around Lefkada 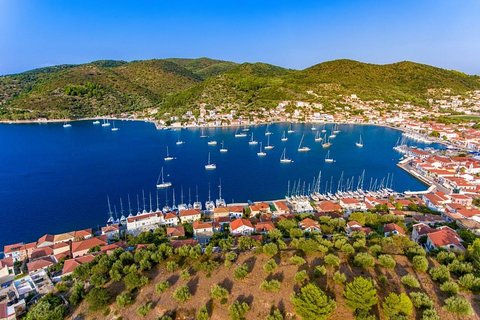 The cruise departs from Nidri, passing many bays and villages, including Vasiliki and sailing round the southern tip of Lefkas islnad, known as Sappho’s leap. The first stop is at the stunning bay of Porto Katsiki and the imposing Egremni beach. Your journey continues on to Fiskardo Kefalonia, a picturesque fishing village and the only one left standing following the catastrophic earthquake of 1953. The next stop is on the island of Ithaki, believed to be the home of Odysseus. \ Here you can enjoy a swim at Afales beach. On the return journey the captain will take the baot inside the famous Papanikolis’ cave, where a submarine lay hidden during the 2nd World War. The last part of the cruise takes you around island of Scorpios, otherwise known as the Onassis island. Here you will be told the history of the tragic family and there will be time for a last swim. Return to Nidri passing the island of Madouri or Poet’s island. 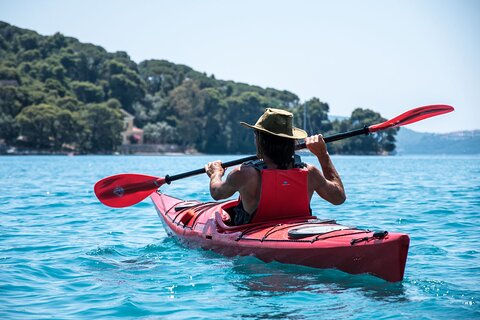 These are the highlights of the Sea Kayaking Full Tour: You will explore the amazing caves in Desimi Chance to swim in the uninhabited islet of Thilia And also reach the famous island of Scorpios, once the home of the great Onassis. The dazzling inner archipelago of Lefkada island is considered to be one of the safest seas in the world due to the mild weather conditions. Nydri, Skorpios, Meganisi are only some of the spots we will explore together, and are all ideal for active travelers who seek authentic destinations off the beaten path! A wonderful sea adventure awaits us full of beautiful images to take back home! 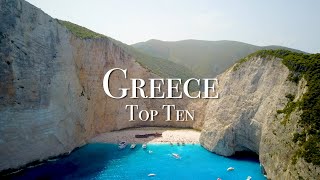 Top 10 Places To Visit In Greece

I'd have to say Greece is one of my all time favorite places to visit. From its beautiful beaches, massive mountains, and rich history, ... 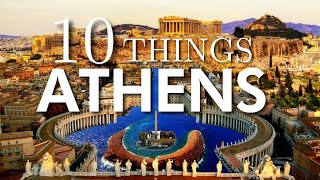 Top 10 Things To Do in Athens Greece

Athens is the capital and largest city of Greece. Athens dominates the Attica region and is one of the world's oldest cities, with its ... 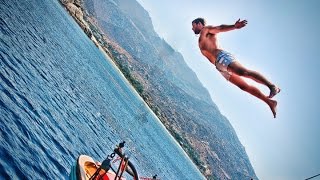 Top 10 Things To Do in Greece

Top 10 Things To Do in Greece If you are thinking of going to Greece, here are some tips on what you can do and where you can ... 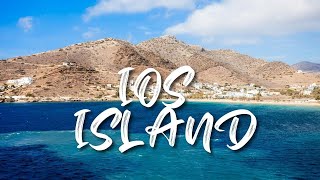 Hey Fellow Travellers in this video we are going to talk about the Top 10 things to Do in Ios Greece. ✈Travel Hack To book ... 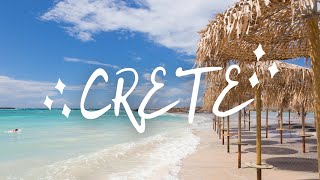 Top 5 Things To Do in Crete Greece

Subscribe Here: https://bit.ly/3hvyz0z Crete is the largest of all Greek islands, located on the southern side of the Aegean Sea. 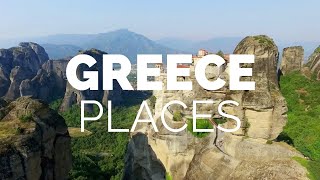 Check out all the places seen in this video: https://www.touropia.com/best-places-to-visit-in-greece/ Known for its plethora of ... 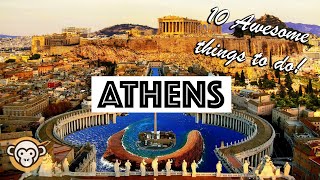 Athens, Greece has it all. Killer street food, amazing history, and interesting and unique people. One of the oldest cities in the ... 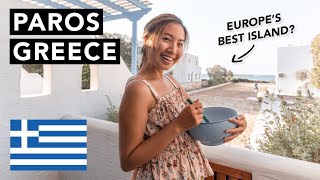 ULTIMATE GUIDE TO PAROS, GREECE (best things to do)

Paros, Greece, is one of our favorite Greek islands, and we decided to get a little place by the water to experience Greek island life ... 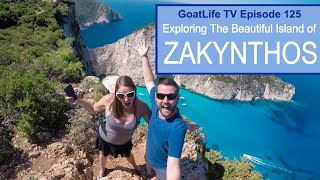 Things To Do in Zakynthos, Greece - Our Top Picks

In this week's episode we head to the beautiful and (relatively) undiscovered island of Zakynthos in Greece. We visit one of the ... 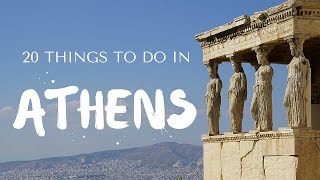 20 Things to do in Athens Greece Travel Guide

Though our visit was brief, Audrey and I still made it our mission to see as many sights and attractions as possible around Athens, ...

Mykonos Travel Guide - Things to Do in Mykonos | This Wanderlust Heart
www.thiswanderlustheart.com

Scorpios is the trendy, hot spot in Mykonos. I mean it’s super popular! Prior to traveling to Greece, about 5 people told me I had to check this place out ...

After Fiscardo the boat will take you to Ithaka island, home of Homer’s hero Odysseus. The next stop is Papanicolis cave in Meganisi, a place that used to be a ...

23 BEST Things To Do In Lefkada, Greece
www.theworldpursuit.com

There are many small islands around Lefkada and a fun thing to do is to take a day cruise around these islands.  The most famous island, which is only about ...

22 Amazing Things to do in Mykonos (Travel Guide) - Gamintraveler
www.gamintraveler.com

Mykonos has a diverse party scene, from modern and elegant bars to crazy beach parties at Psarou, Paradise and Super Paradise. One of the most popular place to have a ...

If you would like to go sailing or exploring hidden coves and bays, there are some tours available. The most common islands to visit from Lefkada are Skorpios Island, Sparti ...