Visit our Guadalajara destination hub for day by day itineraries, top things to do in Guadalajara and more!

Los Guachimontones is the largest Late Formative to Classic period pre-Columbian archaeological site in the state of Jalisco. Situated in the hills above the town of Teuchitlán that provides the namesake for the culture that built the site, Los Guachimontones is part of the Agave Landscape and Ancient Industrial Facilities of Tequila UNESCO world heritage site and a major tourist attraction within the Tequila Valleys. Los Guachimontones is one of several dozen Teuchitlán Culture sites within the Tequila Valleys, though it is by far the largest site in terms of both the number and size of its ceremonial buildings. These buildings, called guachimontones after the site name, are bulls-eye shaped buildings consisting of several distinct architectural elements that constitute a whole structure. Wikipedia

In this private tour only you and your group will participate, so a personalized high-quality experience is guaranteed. * Min. 2 persons required. My name is Diego. I have a bachelor's degree in tourism and a master in social studies from the University of Guadalajara. I created this experience to introduce travelers to the history and culture of one of the most representative regions of Mexico: the Tequila Valley. In a fun and relaxed way you will learn how the inhabitants of the valley managed to build a complex biocultural system of production of agave, from which tequila is made. With a private guide and a private driver you will visit: • The circular pyramids of Guachimontones. • The agave fields. • A family-owned distillery of artisanal tequila. • The village of Tequila. During our tasting experience you will learn how to properly drink artisanal tequila, how to tell between good and bad tequila, and the latest trends in the industry. 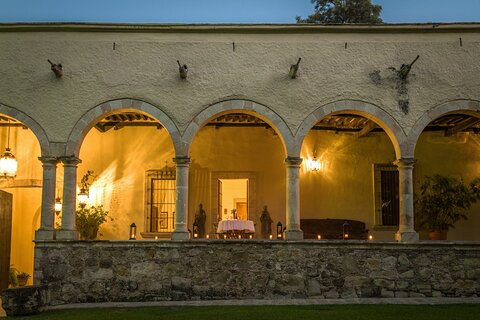 This tour will take you to know two parts of the history of Mexico, from pre-Hispanic times in the archaeological site of the Guachimontones knowing its circular pyramids unique in its kind and the time of the colony with the beautiful ex-Hacienda la Labor witness of the passage of the time that has persevered over the centuries for you to discover it 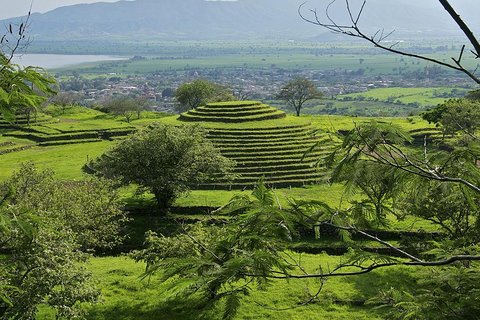 Take a time to visit the museum in the area, where you can watch a video explaining about the civilization that lived at the archaeological zone of Guachimontones. On this tour, your guide will take you to explore the archaeological zone and its main areas: The Circle 1 or Great Guachi; the Iguana or Circle 2; the central altar of the Azquelite, the Circle 4, the ball games and the chinampas. You will have time to have lunch in one of the restaurants from the area (on your own). You can eat meat, seafood or Traditional frog legs! 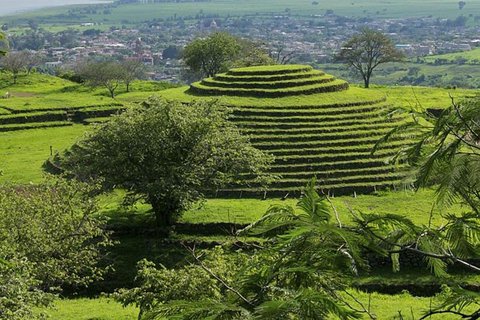 Discover the pre-Hispanic cultures that have flourished in this region since 400 B.C. Meet the cultural, mythological contribution, and more of this archaeological site declared Cultural Heritage of Humanity by UNESCO. We will walk through a population surrounded by natural beauties, in addition to unique circular pyramids in the world. Please get to know its story told by its tour guide will show you many fun activities. You will visit the archaeological museum of Guachimontones, inaugurated in 1998 inside the House of Culture of Teuchitlán; you can see ceramic figures with anthropomorphic and zoomorphic characteristics from different periods and models with recreations of shooting tombs and a mural photo with an aerial view of the Guachimontones archaeological site. 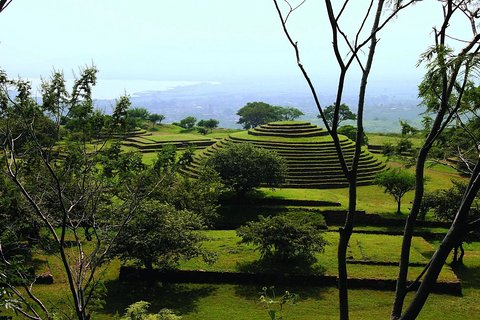 During this tour we will visit the Guachimontones, unique concentric archaeological ruins of their kind, located between Magdalena and Teuchitlán. We continue our visit to the "Phil Weigand" museum, where a video of the Teuchitlán tradition will be shown.

In This Video You Can See the Top 10 Fun Things to do in Guadalajara (MX) or Best Places to visit || Top Tourist Attractions ... 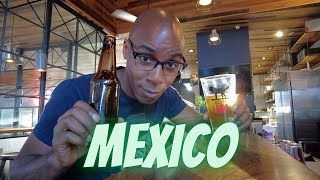 Top 8 Things To Do in Guadalajara Mexico 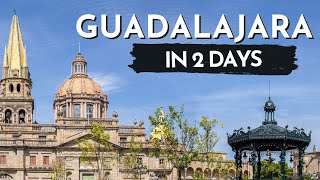 Guadalajara is the 2nd biggest city in Mexico, and is located in the heart of Jalisco. Surprisingly, this destination is often ... 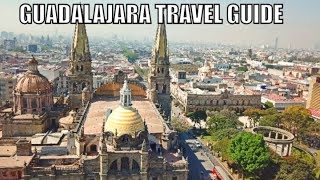 Are you looking for 10 Amazing Things To Do in Guadalajara, Mexico? Enjoy this list, compiled after 2 months of living in ... 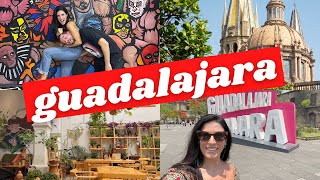 Touristy & non-touristy things to do in Guadalajara, Mexico!

Follow along for a very busy day packed with some of the BEST things to do in Guadalajara, Mexico! In this Mexico travel vlog, ... 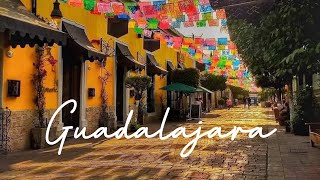 Hello guys so this is my Guadalajara Travel Guide. Guadalajara is the second largest city in Mexico and its located in the state ... 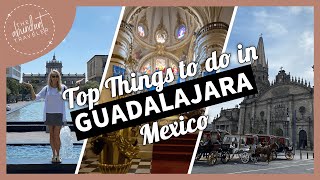 Kim the Abundant traveler discusses the best things to do in Guadalajara, Mexico. Subscribe for more laid-back luxury #travel and ... 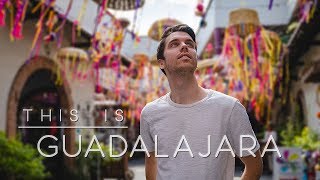 This is why Guadalajara is my FAVORITE CITY in Mexico!

Guadalajara was not what I expected...it blew my mind! Especially Tlaquepaque y Calaverandia! //////// Follow us on Social Media ... 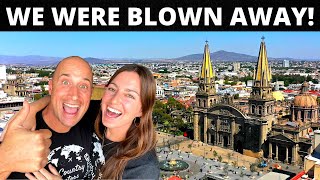 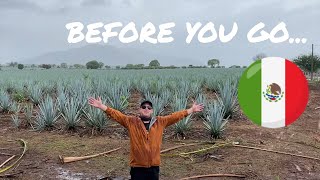 WHAT NO ONE TELLS YOU ABOUT GUADALAJARA 😯

Traveling to Guadalajara? We just got back from a trip to Guadalajara, the capital of Jalisco, and learned so many things about the ...

The Guachimontones pyramids are about a one hour drive outside of Guadalajara.  We arrived at the site and began with a visit to the Museo Interpretativo Guachimontones.  Most of the ...

35 Things to Do in Guadalajara, Mexico | ACTIVITIES TOURS SITES
www.manonthelam.com

Among the many very exciting day trips from Guadalajara for fans of archaeological sites is Guachimontones. Located about an hour from Guadalajara, this site is known for its pyramid-like ruins ...

15 Best Things to do in Guadalajara (Mexico)
www.swedishnomad.com

A visit to the most important pre-Columbian archaeological site in this region of Mexico should be mandatory! Dating back to 500 BC, Guachimontones is an impressive sight, a grass-covered complex of ...

Things to do in Tequila, Jalisco and Valles Region
www.playasyplazas.com

Teuchitlán is a little pueblo on the other side of the volcano from Tequila, Jalisco. Right above the town of Teuchitlán is the archeological site of Guachimontones. Teuchitlán is located ...

Top 5 Out of this World Places To Visit in Mexico - Travel Off Path
www.traveloffpath.com

In the late sixties, archaeologist Phil Weigand and his wife Acelia García found a huge obsidian workshop that led them to Guachimontones, where restoration work began in the late nineties. ...

Tequila from Guadalajara: The Best Transportation and Things to do
www.playasyplazas.com

Travel Tip: Museums are closed on Mondays, so plan alternate activities for that day of the week, such as taking a day trip to Tequila or the Guachimontones archaeological site. ...

Incredible Things To Do in Guadalajara (+ Where to Stay & What to Eat!)
www.maketimetoseetheworld.com

While there is plenty to do in Guadalajara, there are a few day trips that are not to be missed.  Our first day trip was to visit the Guachimontones pyramids, ...

21 Best Things To Do in Guadalajara, Mexico - Goats On The Road
www.goatsontheroad.com

Not far from Guadalajara (about a 45-minute drive), you’ll find the amazing archaeological site known as Los Guachimontones. It dates back to the Teuchitlan tradition, a pre-Columbian society that existed from ...

If you are looking for some awesome day trips that make good use of Guadalajara as a base, then you’ll have several great options to pick from. Those that are ...