Visit our Ibiza destination hub for day by day itineraries, top things to do in Ibiza and more! 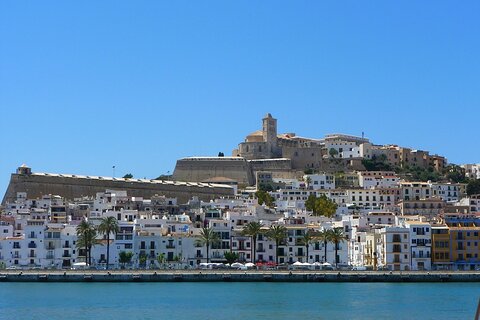 The main city in the island of Ibiza goes by the same name, as it is the capital and largest city, with it’s nightlife and it’s legendary status. But there are deeper roots underneath this city, and they all grow outwards of Dalt Vila, the walled old town of Ibiza. A fortified settlement that is one of the best maintained in the continent, they are a UNESCO World Heritage Site since 1999. Let us guide you to the bastions and the many other Dalt Vila historical landmarks, along with the small boutiques, fashion stores, art ateliers, to give you the deeper and more historical side of the beautiful mediterranean wonder of Ibiza. 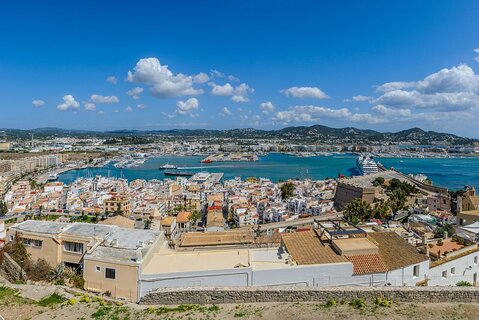 Enjoy this 4-hour walking tour through the wonderful old town of Ibiza, get mesmerized by its architecture, its history and a cultural legacy that blends influences from cultures as different as Phoenician, Roman, Islamic and Christian. You will have the informative company of a private licensed guide. Ibiza was founded as a Phoenician settlement in the 7th century BC. The old town, known as Dalt Vila, is located on the Puig de Vila hill, and is surrounded by the imposing UNESCO World Heritage Site walls, some of the best preserved walls and bastions in the world, with traces from several civilizations. There are five access gates to Dalt Vila, being the Portal de Ses Taules the main one, next to the Mercat Vell (old market). You will also visit places like the Cathedral, narrow streets, a tunnel, several bastions, chapels, gates, and old squares. The final stage of the visit will be outside the walls, in the marina area, where at night the stalls gather a hippy atmosphere. 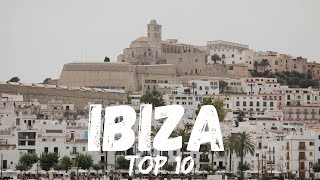 Top 10 Things To Do in Ibiza Spain 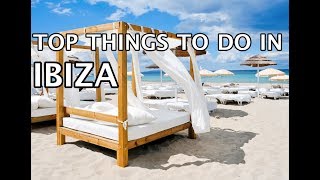 Top Things To Do In Ibiza 4k

Hey Must Do Travels Tribe! Today we are in Ibiza, one of the Balearic islands in Spain on the Mediterranean Sea. Usually known ...

Subscribe to My Channel Here https://www.youtube.com/AlexWoodburn Firstly, I did party when I went to ibiza. How could you not ... 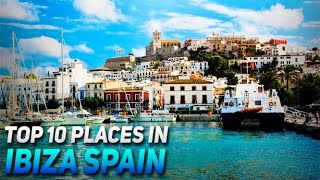 Ibiza is one of Balearic islands in the Mediterranean Sea. Its well known for the lively night life. Here we list the to 10 places loved ... 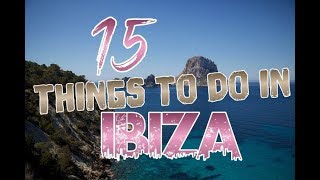 Top 15 Things To Do In Ibiza, Spain 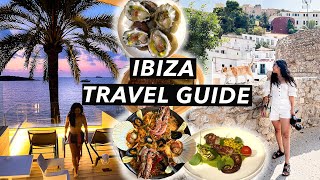 Spain Travel Guide: Eating and exploring around Ibiza (Balearic Islands) showing things to do and must eats combining ... 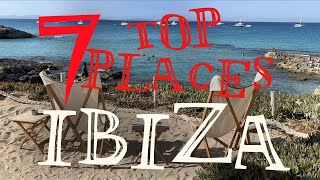 One of the best summer vacation spot in Europe! Ibiza Island in Spain. I did my best to visit 7 best places to visit: 1. Es vedrà ... 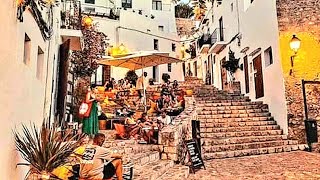 ibiza spain | dalt villa ibiza old town update summer 2022 and the restaurant and store are open and back to normal in ibiza ... 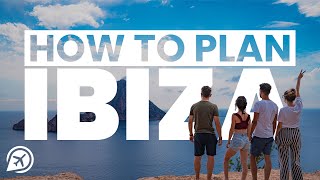 PLAN A TRIP TO IBIZA

Today we share how to plan a trip to Ibiza, including how to get around Ibiza and things to know before going to Ibiza. We also ... 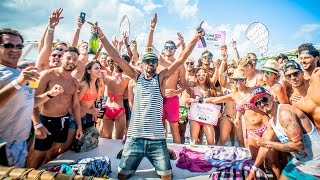 10 Things NOT to Do in Ibiza

Get more Tips here! www.destinationtips.com Let's be honest, most tourists come to Ibiza for its epic party vibe. Although there is ...

Anyone who enjoys some culture during their Ibiza holidays should climb from Sa Penya to the old walled town known as Dalt Vila. This town-within-a-town is recognised as a UNESCO ...

Is Ibiza All About Partying And Nightlife? Here’s A List to Prove You Wrong - Earth's Attractions - travel guides by locals, travel itineraries, travel tips, and more
www.earthsattractions.com

Also known as Ibiza Old Town, Dalt Vila is a must-visit. The best way to experience Dalt Vila is by exploring the cobblestone streets full of old architecture – discovering ...

Things to do in Ibiza (That Don't include Partying!) - Mapping Megan
www.mappingmegan.com

A UNESCO-listed site, Dalt Vila is the highest and oldest part of Ibiza town. It was built in the 16th century as a defence fortification, and the walls mark the ...

Eight top things to do in Ibiza with kids
www.pigeonpairandme.com

Listed as a UNESCO World Heritage Site, Dalt Vila is a real gem of a place, set in the middle of the white island in Ibiza Town. It’s where you’ll ...

5 Things To Do On A Trip To Ibiza - The Revolving Compass
www.revolvingcompass.com

Dalt Vila is a great way to shock yourself into the realization that Ibiza is far more than a party island. It’s basically the highest and most noteworthy part of ...

5 Things to do in Ibiza with Kids - Well Travelled Munchkins
www.welltravelledmunchkins.com

Dalt Vila translates to ‘High Town’ and cradles over 2500 years of history within its cobbled streets, fortified walls and port area. The UNESCO World Heritage site, which includes Castell ...

17 Top Attractions in Spain Worth Visiting | Penguin and Pia
www.penguinandpia.com

Dalt Vila is referring to Ibiza’s old town – which has aged well as a UNESCO world heritage site. The old town itself is enclosed in walls – and you ...

There’s nothing like a walk to clear the head and Ibiza Town won’t disappoint with its own walled city in its old town, Dalt Vila, a UNESCO World Heritage Site. ...

The urban structure Dalt Vila is made of original stone, which can also be seen in Almudania castle. A wall dating from the 16th century surrounds Dalt Vila. It is ...

Where better to start than the island’s highest point, Sa Talaia. Atop the hill you can marvel at the lush green Ibizan pines and the golden bays, and on a ...

Dalt Vila was declared a UNESCO World Heritage site in 1999 and noted for its examples of Renaissance military architecture. This part of Spain has been occupied by many cultures ...

Things To Do In Ibiza, Spain - UPDATED 2021
www.trekity.com

Dalt Vila directly translates to High Town, and it rests up on the highest and oldest portion of the town of Ibiza. It is a UNESCO World Heritage Site hidden ...

The time at the beach gave us a wonderful holiday feeling. But everything nice has an end, right? After walking back to the bus stop Ses Salines Playa right next ...

The 15 Best Things to do in Ibiza – Wandering Wheatleys
www.wanderingwheatleys.com

Ibiza’s Old Town, Dalt Vila, is a must-visit during your stay in Ibiza. And while it’s a beautiful place to explore at any time, it’s at its most spectacular while ...

Going to see the historic cathedral gives you an excuse to make a half day or more of the surrounding Old Town. Ibiza’s historic quarter is called the Dalt Vila. ...

Head to northern Ibiza for peaceful hotels and less crowded beaches. While the island is small, renting a car is a must to get from place to place, as some ...

A trip to Ibiza should start in Old Town, with a visit to Dalt Vila and its charming alleys. Did you know it’s a UNESCO site?  Make sure to go ...

There are many reasons why Ibiza has become one of Spain’s most popular destinations for a luxury holiday. Whether you come here for a fun family holiday, celebrate a special ...

13 Incredible Beaches in Ibiza and Things to do in Ibiza (Travel Guide) - Gamintraveler
www.gamintraveler.com

Ibiza’s Old Town (or Dalt Vila) is an area filled with cobbled streets, antique and jewellery shops, bars and restaurants, and has stunning views of Ibiza. It is a UNESCO ...

Ultimate List of the Best Hotels in Ibiza, Spain - Out of Town Blog
www.outoftownblog.com

This is a 19th century Lord’s manor before it was converted into an intimate hotel and it is located inside the famous walled city of Dalt Vila which is a ...

This 1904 mansion was one of the first of its kind to be built in the walled Old Town of Ibiza, now a World Heritage Site. Owing to planning restrictions, ...

Ibiza is much more than discos, parties and beaches. You have to know Dalt Vila, the walled part of the city that has been declared a World Heritage Site by ...

If you’re in the mood for a bit of glitz and glamour, Ibiza’s the hotspot of choice. Once the preferred destination for Europe’s bohemian jetsetters, today there’s an ongoing party ...

Island Hopping Around The Balearic Islands, Spain | Bel Around The World
www.belaroundtheworld.com

If you want to explore more of Ibiza, head to Es Vedrà, a nearby island off the coast of Ibiza. This island is home to a stunning natural rock formation ...

The Quiet Side of Ibiza - Alternative Travel Guide to Spain's Party Island
www.thefittraveller.com

Ibiza Town is the biggest city on the island, and well worth spending some time in. Start with some yacht spotting down by the marina, and wander up through the ...

Ibiza old town is a UNESCO world heritage site that includes the winding shopping streets of the old town and 16th-century walls built to protect Ibiza from pirates long ago. ...

Start by exploring the Upper Town, also known as Dalt Vila, the pedestrian-only fortified hilltop that was built to protect the island against pirates hundreds of years ago. At the ...

Start in Ibiza Town and spend a few days getting to know the vibrant and colourful city. Be sure to take a walk around Dalt Vila to appreciate the unique ...

When it comes to what to do in Ibiza, you simply can’t leave this island without exploring Dalt Vila. Literally meaning the “Upper Town”, it spans 2500 years of history. ...

Photo opportunities abound in and around old town. We entered the walled hilltop Dalt Vila and strolled through narrow passageways as we made our way to the top. We walked ...

For more of a Spanish-style local experience, head to La Bodega in Old Town Ibiza for wine and tapas. Sit outside for views of the castle, or indoors to experience ...

The 10 most gorgeous coastal towns in Spain
www.cntraveller.in

Yes, Ibiza is the go-to spot for ravers and full-moon partiers. But there is far more to the island, and the town, of Ibiza than thumping electro music and hordes ...

When it comes to what to do in Ibiza, you simply can’t leave this island without exploring Dalt Vila. Literally meaning the “Upper Town”, it spans 2500 years of history. ...

These two resorts are great places to utilize as a base to explore Dalt Vila. Es Caná is a relatively small resort that is relaxed and friendly but with a ...

Photo opportunities abound in and around old town. We entered the walled hilltop Dalt Vila and strolled through narrow passageways as we made our way to the top. We walked ...

The Quiet Isle - Things to do in Ibiza when you don’t want to party
www.spainbuddy.com

The average tourist town in Ibiza suffers from a real shortage of history, culture, and architecture. However, there are options on the island, and anyone looking for something altogether more ...

Things To Do In Ibiza, Spain | Splendid India Tours
www.splendidindiatours.com

The vicinity of the port known as “Ibiza Town” is a popular tourist destination, with views of the Mediterranean Sea, a walled castle, and cobbled streets. Ibiza Town is divided ...