Indian Institute of Technology Bhubaneswar is a public technical and research university established by the government of India in 2008, located at Bhubaneswar, Odisha, India. It is one of the eight new Indian Institutes of Technology established by the Ministry of Human Resource Development, Government of India under The Institutes of Technology Act, 2011 which establishes the eight new IITs as well as declares IT-BHU as Indian Institute of Technology. The Act was passed in the Lok Sabha on 24 March 2011 and by the Rajya Sabha on 30 April 2012. It started functioning from the campus of IIT Kharagpur on 23 July 2008 and shifted its operation to the city of Bhubaneswar on 22 July 2009.The institute admits students into BTech, MTech and PhD programs. Wikipedia

Romance Etched in Stone - A Heritage walk among Temples of Bhubaneswar 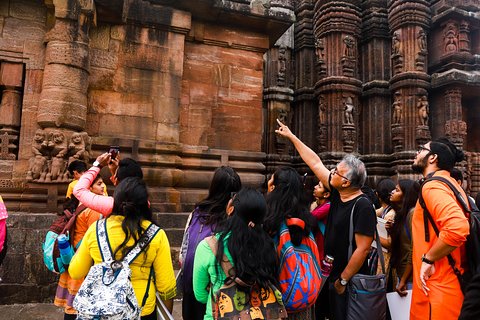 It is a heritage walk combines mythology, history and cultural stories to weave a narrative around the temples of Bhubaneswar and how romance has been depicted through the sculptures in various places. Unlike other walks which focus on just the archaeology or architecture and give surface level information, our trails take a more story led approach. The research behind the stories are done by archaeologists and anthropologists and the stories have been carefully curated.

Explore Historical Caves of the Khandagiri and Udayagiri Hills from Bhubaneswar 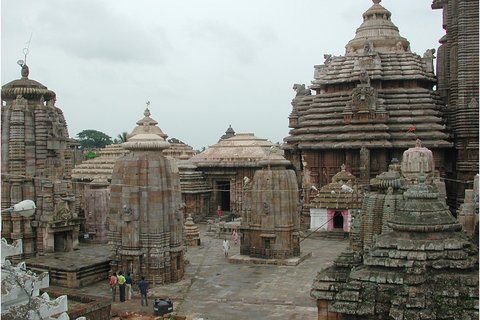 Located about six miles from Bhubaneswar are the caves of Udayagiri and Khandagiri.  These multi-tiered rock-cut caves symbolise Jainism’s cameo role in Orissa’s historical drama. Commissioned by the great Jain king Kharavela, these caves were meant as dwellings for Jain monks. Each cell was lived in by several monks and provided dry shelter for meditation and prayer.  They had  very few amenities and were austerely plain.  However, their facades are richly encrusted with sculptures depicting auspicious objects worshipped by Jains, court scenes, royal processions, hunting expeditions and scenes of daily life.  Our guide will explain their significance as you explore these fascinating caves. Highlights • The Stupas • The Monasteries • Jain Temple 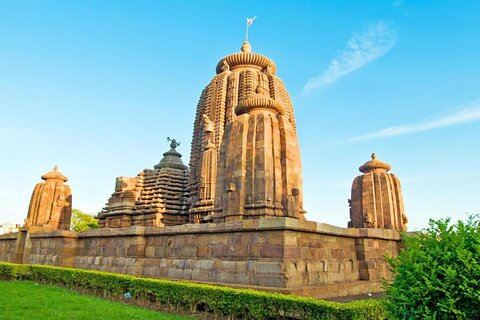 Short and highly selective information in the audio commentary for tourist attractions in around Bhubaneswar Highlights of this Self-Guided Audio Tour • It allows you to go as per your own convenience of time, pace and locations; skip the content what doesn't interest you and listen longer with content that does interest you. • Not necessary to download any location tracking apps only Google map is enough, also no need to download any audio file to your mobile. • It is the best option with lowest price, instead of hiring an unknown tourist guide with limited skills. •Available in multi languages, you can choose the one which you’re more comfortable with it. •If you have any questions about attractions, No worries we will answer it at your language instantly in message. 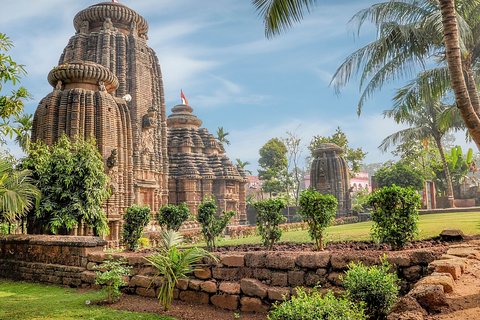 Experience authentic Bhubaneswar on this amazing walking tour of the old town with our fun and entertaining storytellers. This walking tour will give you a great induction of the city, its history, its vibrant culture, and its people with lots of wonderful stories about the city, fun facts and must do things in the city. Our walks are blend of historical elucidation and curious anecdote laced with mildly scurrilous talk about past and present celebrities and defunct royals. We will cover some of the city highlights along with hidden places and forgotten nooks of the old city during the walk. Highlights: 1. Explore Bhubaneswar beyond the typical tourist spots and enjoy the stories and tales about the city from your guide 2. See the city through the eyes of a local and discover the numerous mesmerizing places Bhubaneswar has to offer. 3. Capture the vibrant atmosphere of this colorful city on this memorable walking tour with an infotainment-style ensuring that you will not be bored. 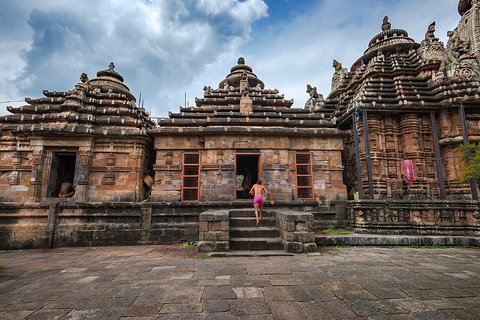 This walk is very different because when we go on any tour, we are exploring and experiencing places and things that are outside, but on this tour we will be taking a journey inwards and you will explore the very life within, it could be a life changing experience if you decide to take it in the right perspective. Connect the dots of spirituality, religion and science to make sense and go beyond the framework of logic, an experience designed to elevate your spiritual journey. Explore the historic temples of Bhubaneswar and experience, the various religious faiths of India and walk on the narrow alleys of temples and watch from the eye of a native, their prime importance in local, you can take away the blessings and the glistening essence of the place for a lifetime. 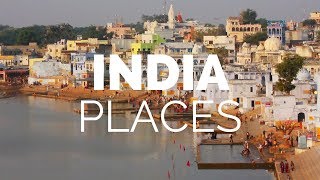 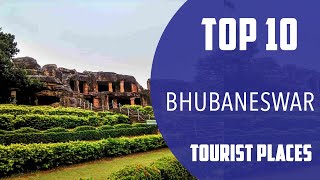 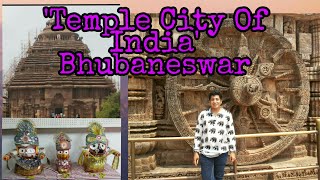 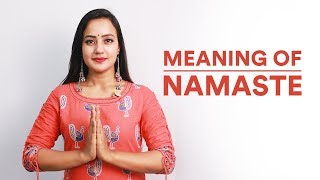 This Indian gesture is now widely used in Yoga classes. Here is everything you need to know about the 'greeting' to use it by ... 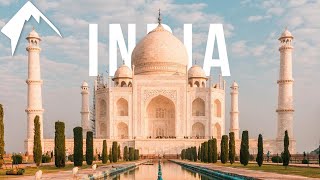 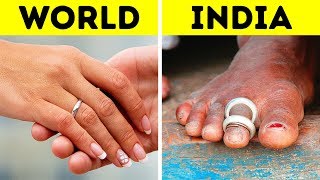 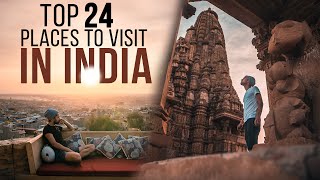 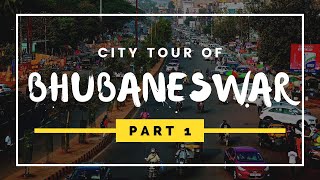 We took a drive from Jharpada, Bhubaneswar to Rasulgarh then Vani Vihar to Bapuji Nagar... Then from there we went to Market ... 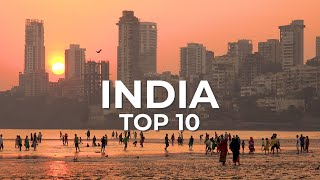 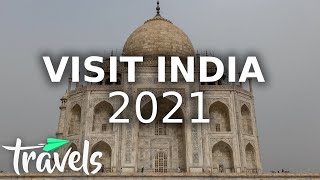 It was founded in the year 1981 and had its main office in Bhubaneswar, Odisha. It has around more than 7000 employees working with it in various locations such as ...

A standout amongst the most popular ventures in Odisha. Orissa State Cooperative Milk Producers Federation (OMFED) is a notable dairy makers in nation which is set up on 1985. Principle ...

Udayagiri and Khandagiri are two groups of rock cut caves located in Bhubaneswar in Odisha, These caves have a deep religious as well as archeological importance. There are around 117 ...

Travel to Orissa? 8 Reasons why you should - India Someday Travels
www.indiasomeday.com

At least in Bhubaneswar and Konark, the monuments are well-maintained. Guide services and information displays are provided. In other words, Orissa surely won’t disappoint the history buffs and spirituality seeking ...

Konark is a popular tourist destination, and one of the major cities of the state of Odisha. The best way to reach it is by car from Puri (33km) or ...

From Bodhgaya the next logical destination was Puri, back at the north-eastern coastline, where I got sick for five days of dengue fever (according to the test I made) and ...

Dr Subhendu Pattnaik, deputy director of Pathani Samanta Planetarium in Bhubaneswar, told ANI: “A far better viewing perspective will be available in the evening sky starting around 14 July, when ...

India and Pakistan Cause Transport and Business Disruptions in Asia-Pacific Region | WorldAware
www.worldaware.com

Activists will hold protests in the coming days. In Delhi, activists plan to march from Mandi House to Jantar Mantar, March 5. Prime Minister Narendra Modi is also slated to ...

"Smarajit Arya with his son at their family's residence in Bhubaneswar, Odisha. Smarajit's father Shyamsundar Subudhi states, 'It is a civil imprisonment voluntarily accepted worldwide because of Coronavirus. The virus ...