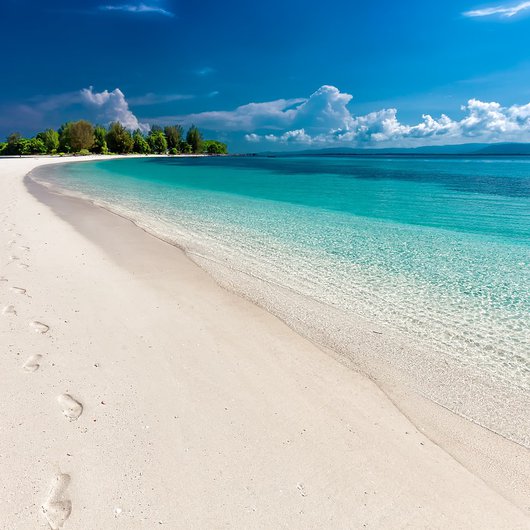 Things to do in Indonesia 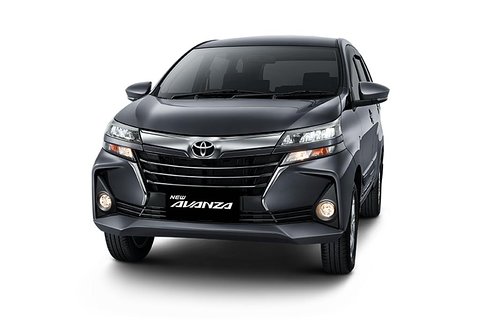 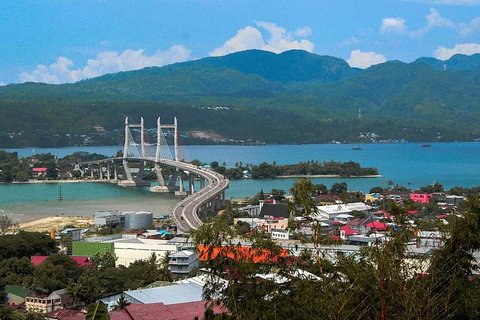 You might be need private Ambon car rental for transportation to whatever destination you would like to go to around Ambon City. There are a lot of interesting things to visit in Ambon for tourists Also, there are some coastal area restaurants of Ambon Bay and Local Coffee Shops for coffee enthusiast. Just select your travel dates and book a car, tell your hotel location, then your driver will be ready to take you anywhere. 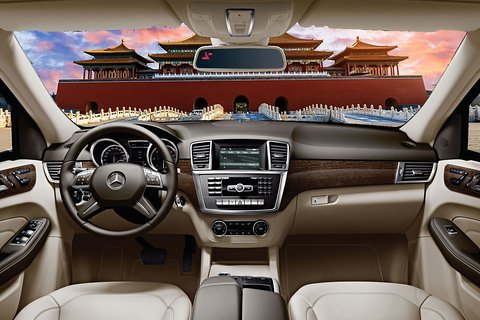 Take the worry out of your departure to Raja Haji Fisabilillah Airport (RHF) and pre-book a private transfer to suit your group size (up to 20 people). Avoid the long lines for taxis at the hotel, and travel in the comfort of a Hatchback car, Sedan, JV/Minicoach (maximum 5 people), Minicoach (maximum 9 people) or Coach (maximum 20 people). 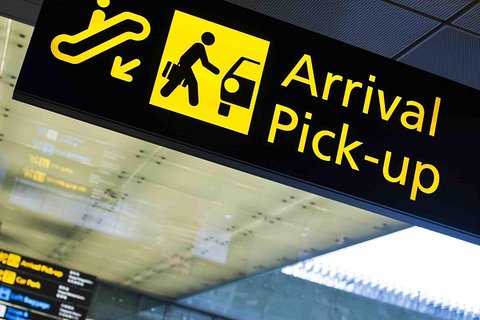 Planning a trip to Ora Beach with the family or partner? This Ambon airport transfer service is a convenient way to go from Pattimura International Airport to your accommodation in Ora Beach, Northern Seram District, Central Maluku (vice versa). We want you to enjoy your holiday in Ora Beach and give you a stress-free travel experience. You won’t worry anymore about being confused changing vehicles from one city to another, and your big luggage. This airport transport includes driver and Hunimua Liang Harbour ferry crossing tickets for two people. Enjoy your service while watching Kassa Island while crossing to Seram Island. 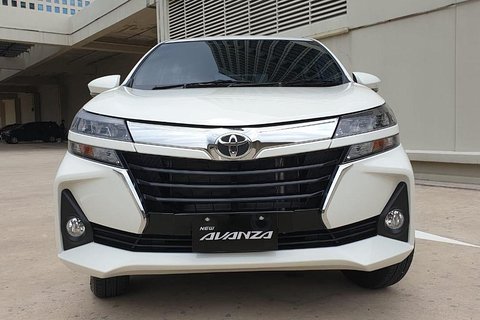 This Ambon airport transfer service is a convenient way to go from Pattimura International Airport to Bula District in East Seram Regency of Maluku Province (vice versa). Whether you’re going for holiday or business trip in Bula, you might be need transportation from Airport to your accommodation in Bula. You won’t worry anymore about being confused changing vehicles from one city to another, and your big luggage. This airport transport includes driver and ferry crossing tickets for two people. Enjoy your service while watching the landmark Ambon city, Merah Putih Bridge. And passing Manusela National Park. 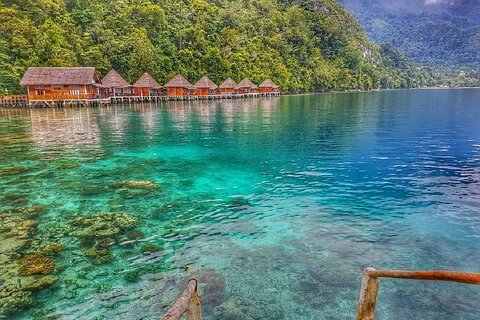 It takes a long trip to reach this place. From Ambon city , land, sea and land transportation are needed again. More or less takes 7 hours. But once you arrive at this place, you will not regret. The scenery is truly extraordinary Easily combine a trip to seram island  with stays in the ora Beach  with this 3-night stay, including airport transfers, 3 times daily meals ,Boat tour to Cliff Wall ,and Fresh water spring .This small-group tour can accommodate up to 15 guests. Meals and activities per itinerary included, as well as nightly accommodations. 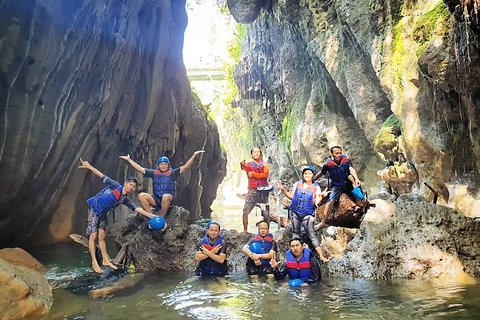 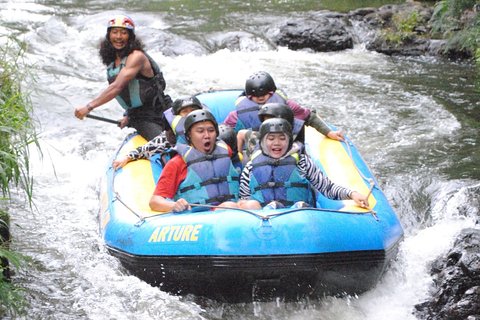 This 3-hour rafting adventure in Pangalengan is perfectly accessible for beginners and professionals. Start from Cileunca Lake with a beautiful mountain landscape and vegetable plantation, pine forest and coffee plantation. You will get some extreme rapids, but don't worry, as our trained rafting guide will ensure that your youngest child has a safe and enjoyable trip. 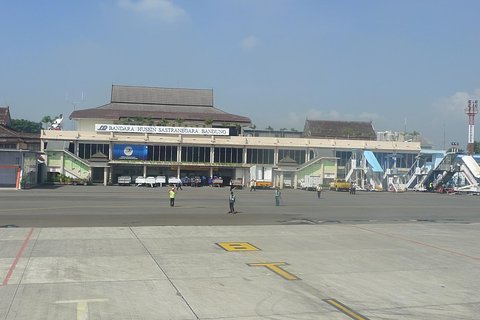 Sit back and relax as you enjoy a private transfer from Bandung International Airport to Bandung Hotel (your accommodation in Bandung Areas). You will be picked up by your driver/guide depending on your flight's arrival time. You will then enjoy Bandung scenery while traveling to your hotel in Bandung, worries free. The transfer length will be based on your drop-off location and is available year-round. Airport transfer get inside tips from the locals, Multiple times offered throughout the day, Pickup from a centrally located meeting point, all taxes, fuel surcharges and service fees included! Highlights: • One-way, door-to-door service in an air-conditioned vehicle • Meet your attentive driver right at your arrival gate • Great way to avoid the stress coordinating transport when you arrive in Bandung Sit back and relax as you enjoy a private transfer from Bandung Hotel (your accommodation in Bandung Areas) to Bandung International Airport. Enjoy Bandung scenery without having to worry about traffic or maps with an English-speaking driver. Skip the long cab lines and head straight toward your destination in Husein Sastranegara International Airport. The transfer length will be based on your pick up location. Highlights: • Airport Departure Transfer • Enjoy convenient pickup at your hotel so you'll make it to the airport on time • Private tour is operated it just our party and a guide/driver • Hotel pickup included 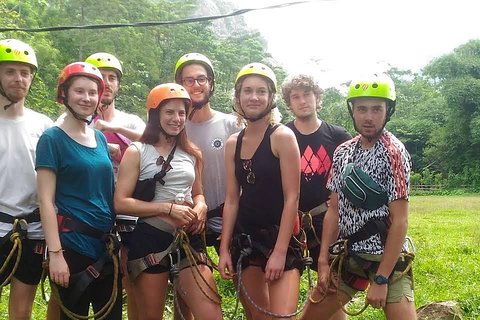 Conduct rock climbing activities through the iron stairway (Via Ferrata). and use safe climbing equipment. What better way to start or end your vacation in Bandung with private, hassle free transfers to or from Husein Sastranegara International Airport? As soon as you set foot at the arrival hall, your friendly chauffeur will greet you with your name written on a signboard. Board your vehicle spacious enough for groups of 4 or 5 - plus luggage - and get ready to be whisked away into the city without having to worry about stressful commutes or unnecessary transfers! If you're coming from the city and need to catch a flight, book a transfer that will ensure you get to the airport right on time. 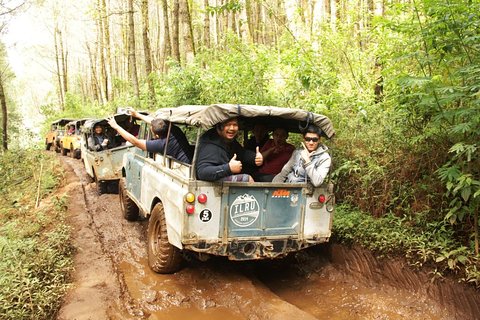 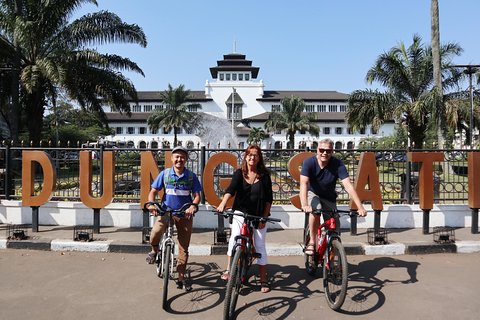 Hello. I'm not usual, or routine. I'am for that moment. I'm the local knowledge for writing a new story.. For those who love's the new experiences. We want to change travel, We want travel to change us. Come with us. Known for its gorgeous architecture, cool tropical weather, and its laid-back university-town feel, Bandung is a must-visit for anyone looking to spend some time exploring a new city at a casual pace! Dubbed as Paris van Java, or Paris of Java, Bandung is littered with the distinct influence of the West that makes you feel like you've traveled to the Europe of the past. Immerse yourself in the bustling city's unique culture and heritage with this six-hour day tour that takes you to some of its most popular tourist landmarks! Get picked up at your hotel in the morning, then proceed to Teras Cikapundung, a river that's one of the main sources of Bandung's water supply. Your next destination for the day is the Museum of The Asian-African Conference, which commemorates the historic event in 1955 that was hosted by Bandung. Braga Street. Known as the city's cultural hub, this small area of Bandung showcases why it was regarded as the Paris of the East. 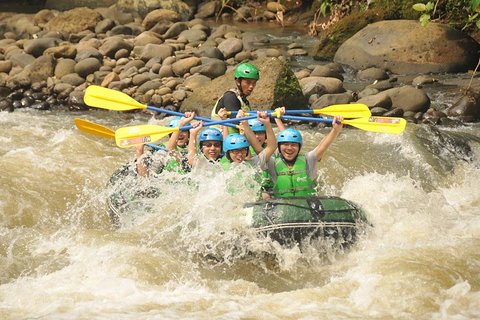 At the rafting path, the view will be presented with such a beautiful and soothing view, the river water looks quite clear with water discharge that is not too heavy and relatively safe for beginners.

Take the worry out of your departure to Jakarta Halim Perdanakusuma Airport (HLP) and pre-book a private transfer to suit your group size (up to 20 people). Avoid the long lines for taxis at the hotel, and travel in the comfort of a Hatchback car, Sedan, JV/Minicoach (maximum 5 people), Minicoach (maximum 9 people) or Coach (maximum 20 people). 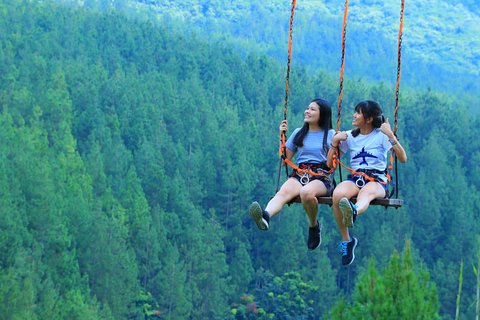 Make a stop at Farmhouse Lembang, a fun theme park with a European theme and a cute mini zoo. Take a photo you'll never forget in front of a Hobbiton House similar to the one in New Zealand! Marvel at the beautiful scenery and feel the cool breeze at The Lodge Maribaya, a massive recreational park. Check out the local wares at the Lembang Floating Market, with tasty food, snacks, and beautiful clothes! 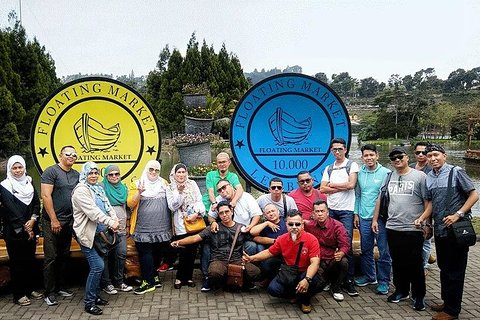 Holidays in Bandung now do not need to worry anymore, because we offer good prices and the best service, convenient and safe transportation, supported by patient and friendly drivers. Our advantage every tour get photo or video documentation during the tour.