Visit our Kochi destination hub for day by day itineraries, top things to do in Kochi and more!

The Paradesi Synagogue aka Cochin Jewish Synagogue or the Mattancherry Synagogue is a synagogue located in Mattancherry Jew Town, a suburb of the city of Kochi, Kerala, in India. It was built in 1568 A. D. by Samuel Castiel, David Belila, and Joseph Levi for the flourishing Paradesi Jewish community in Kochi. Cochin Jews were composed mainly of the much older Malabari Jews and the newly arrived Sephardic refugees from the Portuguese religious persecution of Jews in Spain and Portugal. It is the oldest active synagogue in the Commonwealth of Nations. Wikipedia 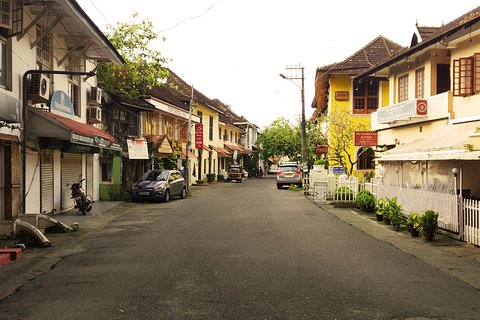 Tour start by 6.30 Am from Fort cochin .Where you will meet your guide and bikes will be allocated Cycling distance will be 8- 10 kms (5-6 miles) Cycle through the Street of Fort cochin stopping at St Francis Church ,basilica ,Fort Kochi beach ,Jew town ,Palace road ,local markets etc (You have a option to book ,to have a Local Homely Breakfast ) As majority of roads are on flat level ,only Non Geared Bicycles will be used . Helmets will be provided Tour will be a small group tour ,you can expect 6 people maximum 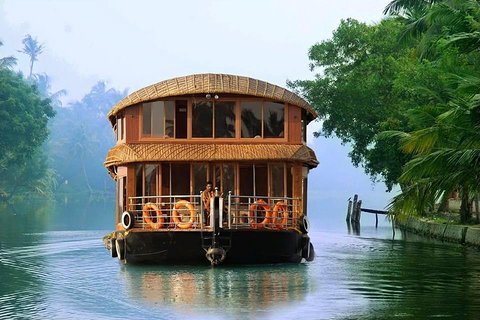 Hello! Cruisers! Skip the expensive shore excursions ! Book a Group Tour for as little as USD 30 ! You are met at side of the ship with pager board of Your Name.. Comfortable transportation, entertaining and enriching travel experience, The tours are customized to suit the arrival and departure schedule of your ship to ensure you have a worry free Shore Excursion. We ensure your timely return after the tour. Tour # 1 Cochin Highlights. Duration 5 to 6 hours Tour covers the popular attractions like Jewish Town & Synagogue. Chinese Fishing Nets, Dutch Palace, Dutch Cemetery, St. Francis Dhobi Khana Santa Cruz, Tour # 2 Cochin Musiriz Jewish Heritage Tour. Duration 6 to 7 hours. The tour involves travel to Jewish Town where the Paradesi Synagogue is located. After a short visit to the Dutch Palace Chinese Fishing Nets, St. Francis Church with tomb of Vasco de Gama, we drive to ancient Jewish settlements at towns like Paravoor, Chendamanglam aka Muziris. 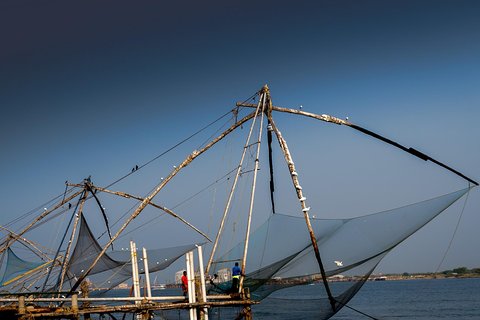 Explore Cochin on a 5-Hour day tour and see its famous landmarks. The trip starts with a hotel pick up and takes you to Cochin Fort, the first European township in India. Here, you can see Chinese fishing nets along the Vasco Da Gama Square (named to commemorate the first European explorer to set sail for India) and learn about the life of local fishermen then and now. Go on to visit two of the largest and oldest European churches in the region: St. Francis Church (the burial place of Vasco da Gama) and Santa Cruz Basilica Church. At around 11am you will arrive at the Mattancherry Palace where you can enjoy its beautiful murals depicting scenes from popular Hindu tales. Afterwards, you head towards the Paradesi Synagogue, the oldest active synagogue in the Commonwealth of Nations before exploring Jew Town and the Jewish Synagogue. If time allows, relax over a local lunch and shop around for souvenirs before heading back to the Port. 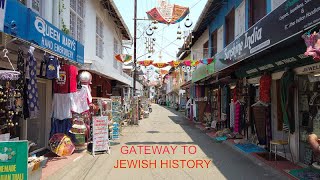 This Vlog is about “Paradesi Synagogue in Mattanchery” and it is brought to you by "Tour With Shailesh". I hope with my 25 years ... 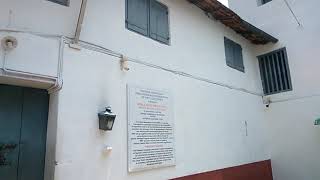 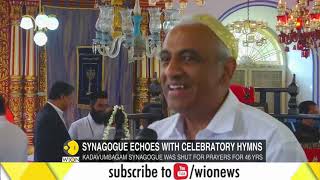 An 800-year-old synagogue restored in Kochi

The Kadavumbhagom synagogue stands almost hidden at the centre of a labyrinth of tiny lanes that dot Kochi's famous Broadway ... 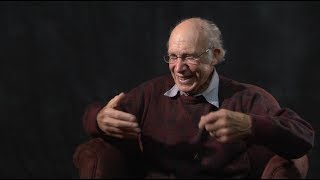 Jack Apfelbaum, engineer, describes Indira Gandhi's visit to the famous old synagogue in Kochi, India. To learn more about the ... 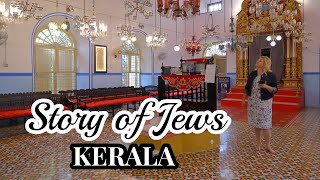 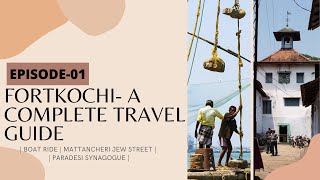 " CURIOUS kid " travel like a kid Here is it, the first video on my channel. FORT KOCHI is one of the main tourist destinations in ... 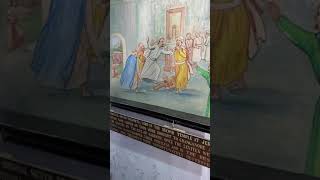 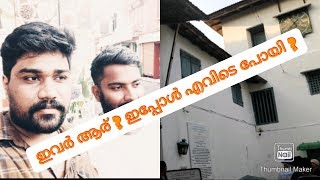 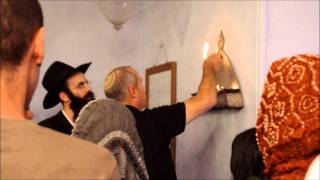 On the fourth night of Hanukkah in 2011 we were in Kochi, India, home of the Paradesi Synagogue. The building is over 450 years ... 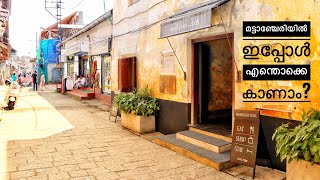 8D Kerala Itinerary: Experiencing one of the most beautiful states in India - The Travel Intern
www.thetravelintern.com

Jew Town in Mattancherry of Kochi is famous for its many craft, fabric, and antique shops. Once a Jewish settlement, Jew Town is now commercialised to cater to tourists. You ...

8D Kerala Itinerary: Experiencing one of the most beautiful states in India - The Travel Intern
www.thetravelintern.com

Jew Town in Mattancherry of Kochi is famous for its many craft, fabric, and antique shops. Once a Jewish settlement, Jew Town is now commercialised to cater to tourists. You ...

Although Neemrana Tower House has been around for centuries, it is equipped with modern amenities. Plan an all-day excursion to surrounding historical sites like the Paradesi Synagogue or the Mattancherry ...

Even though only a handful of Jews now live there, an older section of Cochin is still commonly referred to as “Jew Town.”  Its centerpiece is the oldest functioning Jewish ...

The Best Things to Do in Fort Kochi (Cochin), India - Brogan Abroad
www.broganabroad.com

Browsing the shops is a must do amongst things to do in Fort Kochi, but once you are done with it, I would recommend you head to the Paradesi Synagogue, ...

At the end of Jew Town, you’ll find the Paradesi Synagogue, which was built in 1568 and is the oldest remaining synagogue in the British Commonwealth. A highlight of the ...

The Best Things to Do in Fort Kochi in One Day - Fernwehrahee
www.fernwehrahee.com