Angels Flight is a landmark 2 ft 6 in narrow gauge funicular railway in the Bunker Hill district of Downtown Los Angeles, California. It has two funicular cars, Olivet and Sinai, running in opposite directions on a shared cable, on the 298 feet long inclined railway.The funicular has operated on two different sites, using the same cars and station elements. The original Angels Flight location, with tracks connecting Hill Street and Olive Street, operated from 1901 until it was closed in 1969, when its site was cleared for redevelopment. The second Angels Flight location opened one half block south of the original location in 1996, with tracks connecting Hill Street and California Plaza. Wikipedia 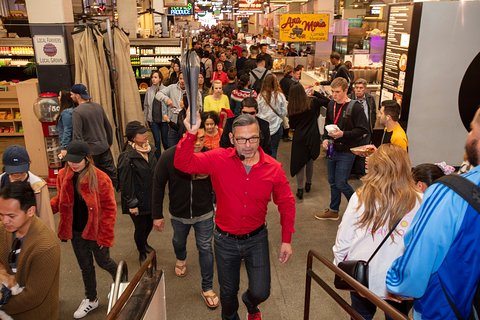 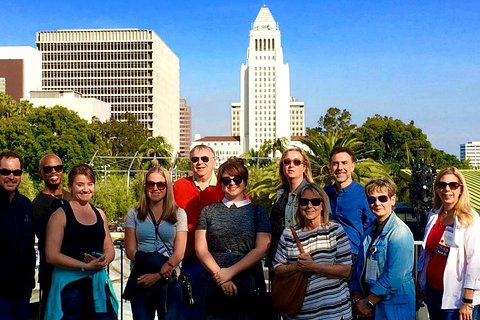 Take a walk through LA's history and culture.  See some of the city’s most treasured museums and architectural jewels in Downtown LA while you learn about its rich history and culture. Angel's Flight, The Bradbury Building, Walt Disney Concert Hall and the beautiful Union Station are among the many interesting sights you’ll see along this 2 hour walking tour.  You'll be in a small group for a better experience with your guide. 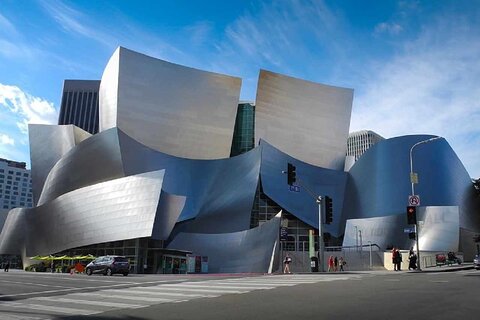 LOS ANGELES DOWNTOWN WALKING TOUR (less than 2 mls) Downtown LA is a captivating mix of modern high-rises, architectural landmarks, and ethnic neighborhoods that make this part of Los Angeles a true gem to discover. We will meet at Union Station, a classic art deco landmark. Then we'll stroll two blocks to the birthplace of LA, the vivid Olvera Street, with the oldest standing house and a bronze plaque with the names of the city's 44 founders. We'll pass City Hall, once the tallest building in LA before the construction of skyscrapers, and continue up to the Music Center and Disney Concert Hall, the masterpieces of architect Frank Geary. Walking along Grant Avenue, we'll see other important landmarks like the MOCA and the Broad Art Museum, until we reach the Angel Flight Railway, the Bradbury Building and then the vibrant LA Central Market where the the tour will end and where you may want to stop for lunch. *** A minimum of 2 guests is required to confirm this tour. 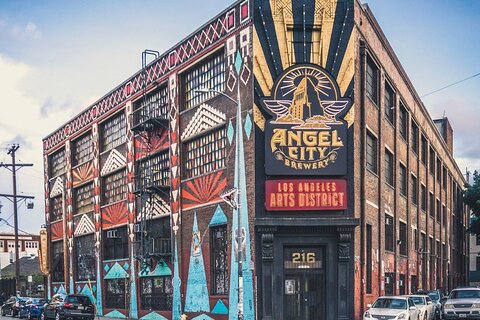 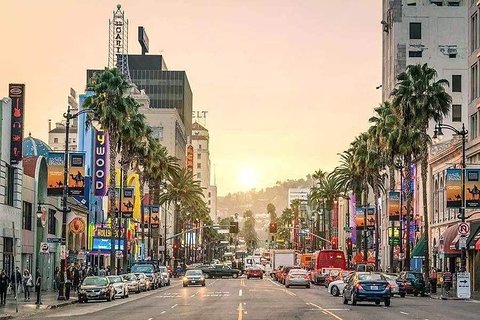 Explore Los Angeles and all the great wonders of this amazing city! Visit the Arts District and the Last Bookstore! Explore the perfect place to take pictures at The Pink Wall. Vist the Grand Central Market and Angels Flight Railway. Pass by Sunset Blvd and visit Urban Light. 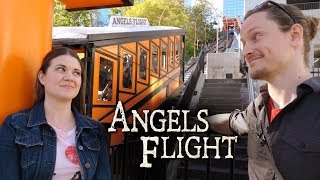 Known as the shortest railway in the world, this unusual funicular has transported a record number of people through downtown ... 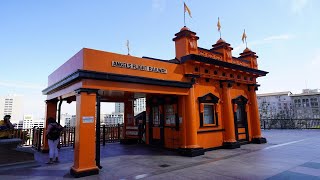 Located in downtown Los Angeles, Angels Flight Railway offers a quick and exciting “tour” at a fantastic price. No trip to Angels ... 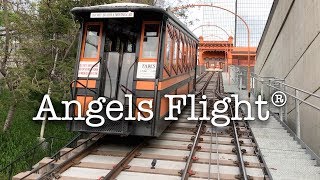 Angels Flight® Hours of Operation The Railway is open daily, seven days a week, 365 days a year, including holidays, from 6:45 ... 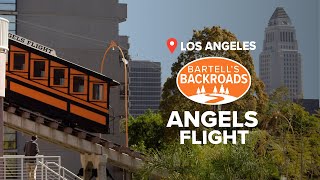 'We are the shortest railway in the world.&#39; Angels Flight in Los Angeles is small but mighty

At 298 feet long, Angels Flight is the shortest railway in the world, but it's had a big impact on downtown Los Angeles. A Bartell's ... 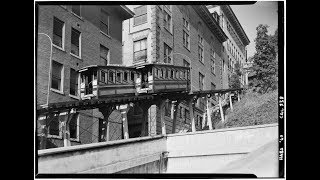 Video shows 1960's renovation and redevelopment of the Bunker Hill district of Los Angeles. Please Subscribe to My Youtube ... 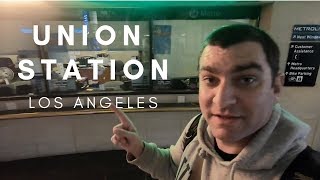 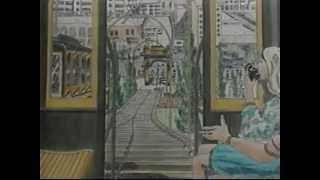 This is historical footage from the LACMTA (Metro) Library and Archives. It may not be reflective of current Metro policy or services. 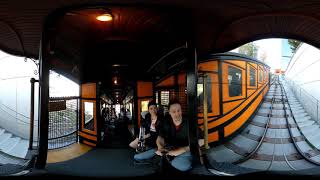 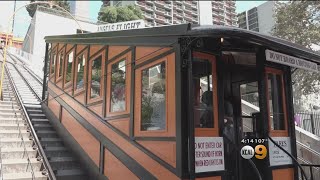 All Aboard Angels Flight Again

L.A.'s Angels Flight is back up and running. It's been closed since 2013. The historic little railroad reopened today after safety ... 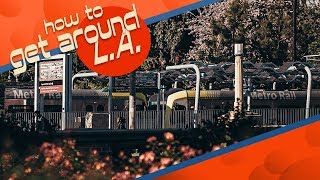 How to Get Around LOS ANGELES | 5 Transportation Options | LA Metro

There are plenty of transportation options for when you're visiting Los Angeles. We go over 5 tips for getting around Los Angeles ...

20 FUN Things to Do in Los Angeles with Kids (non-boring guide)
www.ytravelblog.com

Angels Flight Railway is a quirky historical landmark and was originally built (in a nearby location) to carry residents of the luxe homes on Bunker Hill to their jobs in ...

35 Best Things to do in Los Angeles, California
www.travellens.co

Whether you are planning on climbing up Bunker Hill or not, Angels Flight is one of those old-timey landmarks you have to see. This tiny tangerine-colored railway is iconic – ...

50 MORE Things To Do In Los Angeles | HilaryStyle
www.hilarystyle.me

Water Grill in Costa Mesa has been one of the most anticipated restaurant openings of the year. Located right across the street from South Costa Plaza, this seafood ...

Ten Things To Do in Downtown LA - Empty Nesters Hit the Road
www.emptynestershittheroad.com

A great way to check-off several of downtown's sites is to join a tour. We opted for Downtown LA Walking Tours which allowed us to visit Angels Flight, the Bradbury ...

A picture is worth a thousand words, probably more now that we're living during the reign of social media. And if you make the pilgrimage to Paul Smith's pink wall ...

I’ve only ever passed through Los Angeles for a few hours at a time. Once, I slept on a windowsill at LAX airport, which was a night I’ll never forget ...

72 Hours in Los Angeles: Things to See and Do – Rebecca Goes Rendezvous
www.rebeccagoesrendezvous.wordpress.com

Just before lunch, head down towards Pershing Square/Historic Core to check out a few of the historic sites within a block of each other: take the funicular ride down Angels ...

21 Free Things To Do In LA That You Should Do Right Now!
www.emptynestershittheroad.com

Sage Scott1 Mar 2020ReplyI’m so glad to read this article as we are headed to California for Spring Break in less than two weeks. Great options to fill in the ...

If visiting Los Angeles is on your bucket list, but the costs may scare you away – I have great advice and tips here for you! Yes, it is possible ...

8 Fun Things To Do In Los Angeles Today | Bel Around The World
www.belaroundtheworld.com

If you feel so inclined, across from Grand Central Market is the popular Angel’s Flight Railway. You might recognize it from the movie La La Land. In fact, this railway ...

The Santa Monica Loop Trail is considered moderate but there are some opportunities for spur-trail activity. The trailhead for this southern California gem is on Corral Canyon Road near the ...

Los Angeles: Planning Your Trip and Getting Around | Adventuring Woman
www.adventuringwoman.com