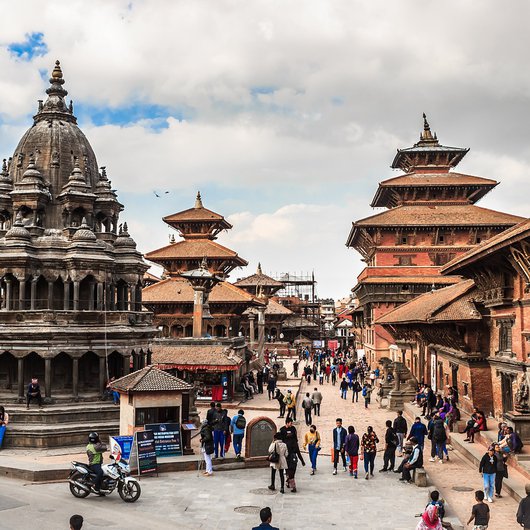 Things to do in Nepal 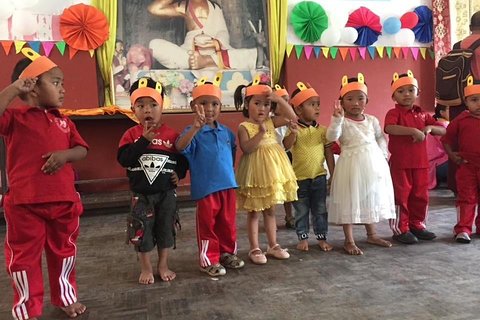 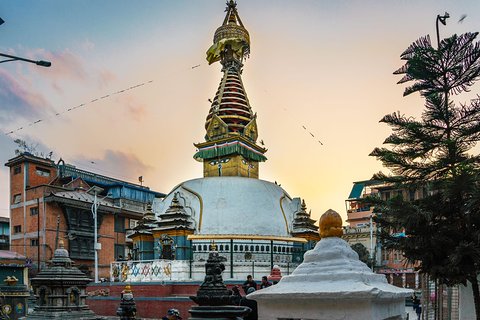 Walk the ancient trade route to Kathmandu's great medieval bazaar, exploring an unusual but underrated part of the old city with Nepali writer Rabi Thapa on this self-guided GPS audio tour. Thamel, Kathmandu’s designated tourist quarter, began as a medieval site of Buddhist learning connected to the now-defunct trans-Himalayan route between India and Tibet. Your tour traces these beginnings from Sohrakhutte in north Kathmandu before passing through Bhagwan Bahal, Narsingh Chowk, Chusya Bahal, Shree Gha and the marketplace of Asan. You will visit monuments old and new, accompanied by a fantastical cast of Tibetan demons, flying stupas and tooth goddesses as well as the equally adventurous set of warrior kings, traders, artisans and hippies who made Nepal the fantastic place that it is today. 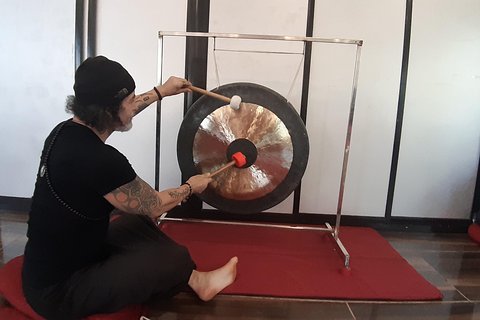 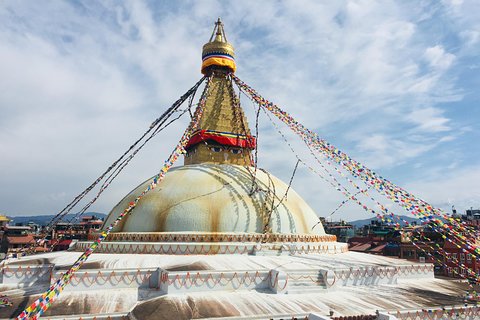 We are the Unique service provider Travel agency in Thamel because we respect our guest,Guaranty for satisfy and safety 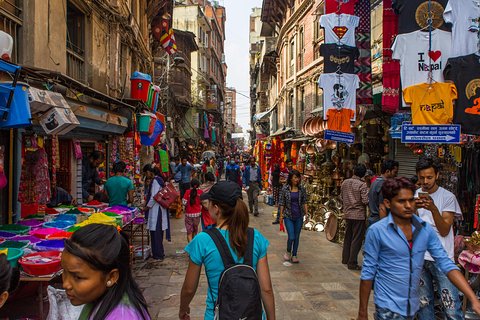 Know the history of the place you visit, language they speak. How it was formed. Know every aspect of the town. Visiting one of the world heritage site adds flavour of ancient time in the tour. 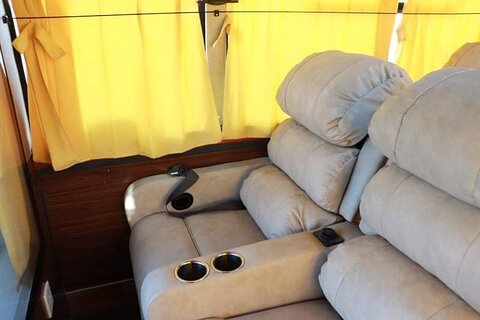 Kathmandu Pokhara Tourist Bus Ticket, Pokhara Kathmandu Bus Ticket – Wondering where to purchase tickets! Our own buses travel daily in this Kathmandu – Pokhara – Kathmandu route. We are one of the pioneers of this industry serving since 2007 and specially focused on Tourist bus service. Kathmandu Pokhara Tourist bus drive is full of excitement where it goes on same rapid and careful driver. The another reason why you should travel by Tourist bus is that you can explore the beauty of Nepal which passes through different small towns and cities. White Water rafting is another beautiful activities you can see from your window during this travel with beautiful mountain ranges. If you are wondering about Kathmandu Pokhara Tourist Bus Ticket, then it’s really cheap compared to flight and private vehicle hire. New Road Travels and Tours buses seats are nice reclining seats built with the care of offer more comfortable for our guests.

1) Professional pick up service which we will welcome you warmly with marigold(representing Nepal hospitality) and mineral water. 2) Air-Conditioned private vehicle - clean and nice. 3) Our staff/ guide in car to provide you welcome information about Nepal upon your arrival in Nepal. 4) Bottled mineral water in car to welcome you to Nepal as in Nepal airport - almost impossible to buy mineral water. 5) Is convenience for those who arrive at the midnight. 6) Safe, happy journey from Kathmandu airport to your hotel. 5) Upon arrival in your hotel, we will help you with your luggage to your hotel lobby. 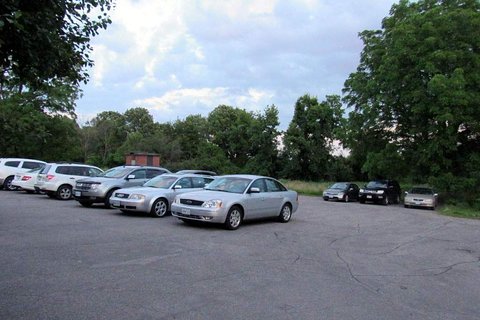 We'll pick you up from Trivuwan International Airport and transfer you to your hotel anywhere in Kathmandu in a private vehicle. 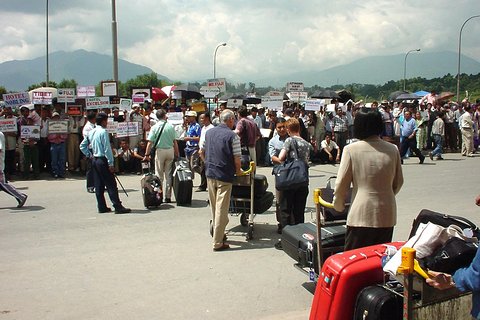 Kathmandu airport arrival or departure services (One time only service i.e. either arrival transfer or departure transfer per booking) from airport to hotel, or from your hotel and back to airport by a comfortable private vehicle with our experienced driver. This service is from/to Tribhuvan International or Domestic Airport in Kathmandu. If you are arriving then the buzz of the Kathmandu city immediately hits you as you drive to your hotel passing along busy streets, narrow lanes, lines of shops, busy traffic etc. During departure as well you go through the busy Kathmandu city. . Tips for visa: - Suggest to fill up the online visa form from Nepal Immigration website. - Bring US$ cash for visa fee as per your duration. - Go to cash counter for visa fee payment and then to immigration counter for visa. . For any information, contact Breakfree Adventures Nepal Pvt. Ltd. 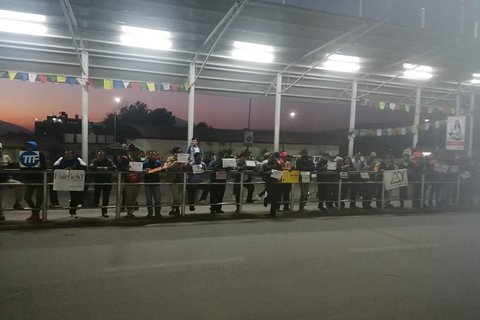 Kathmandu Airport Pick Up ( Pick up from Trivuban International Airport) 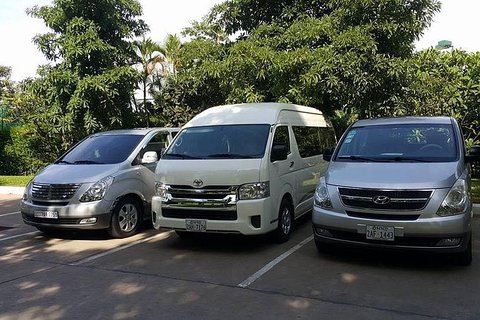 We are providing a one-way transfer from Trivuban International Airport to the hotel in Kathmandu. It's a private transfer to hotel with deluxe seats and air-conditioned facilities. Upon arrival, the driver will be there to pick up so you don't need to bargaining any other taxi drivers. 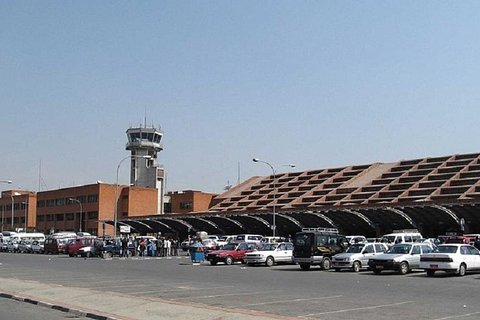 We provide English speaking chauffeur driven car from Airport to Hotel or vice-versa. Sanitization of the vehicle and Chauffeurs temperature is checked before every transfer. 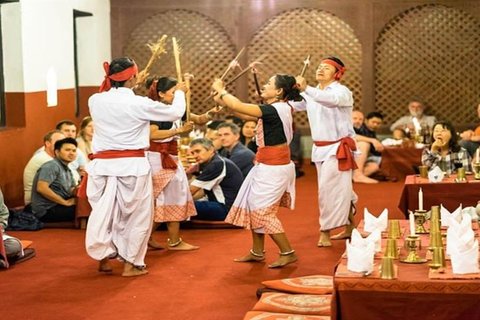 * Cheaper than published rate. Dinner at USD 15 ++ . We are offering it at USD 12 net. * A unique dinner with Nepalese Dance Performances. * Located in thamel area. easy to go and save money. * Best dinner to spend your first night or second night in Nepal. 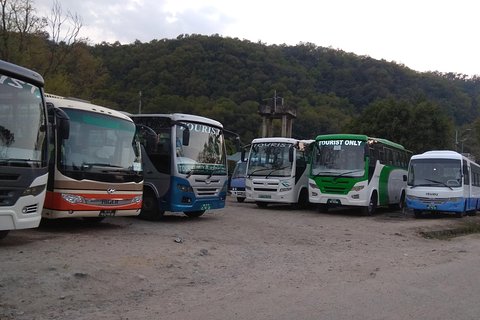 An easy cheap and hassle-free bus shuttle transport to any place all over Nepal. With comfortable seating and instant booking confirmation. You can travel to your favourite destinations with ease of mind. Various prime locations all over Nepal are available (Destinations include Pokhara, Kathmandu, Lumbini, Chitwan). All tours include picturesque view of the Nepalese countryside which you will be passing through. Our drivers and bus conductors are experienced and helpful always ready to help you. 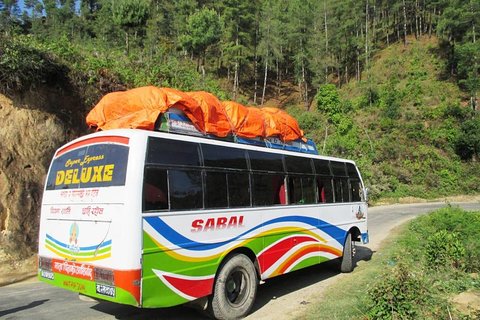 Travel with a bus to Dhunche - doorway to Langtang. The journey is very mesmerising as it is along the banks of river Trishuli and green paddy fields and local villages. 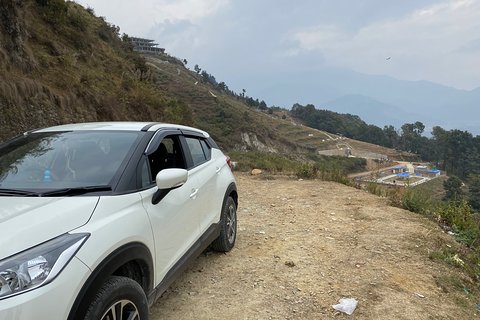 Hassle free private shuttle service from and to Kathmandu international airport. Easy driver to communicate and for safe drive from and to Airport.

Tourist Bus Ticket from Kathmandu, Pokhara, Chitwan, Lumnini in Nepal, as this is an easy option for the traveler who wants to get hassle-free bus ticket in their mailbox instantly. Kathmandu to Chitwan Tourist Bus is the easiest way to visit Chitwan, Sauraha and Chitwan National Park. It is around 5 to 6 hours drive between Kathmandu and Chitwan/Sauraha. Main important part of travel by Tourist bus is the luxury, safety and easy then other regular bus. Since the Chitwan, Sauraha is the also another popular tourist destination in Nepal so; thousands of travelers visit there on a daily basis. Hence, you might not get the tickets easily to the city. It is suggested that we request to book your ticket in advance to avoid any issues later. 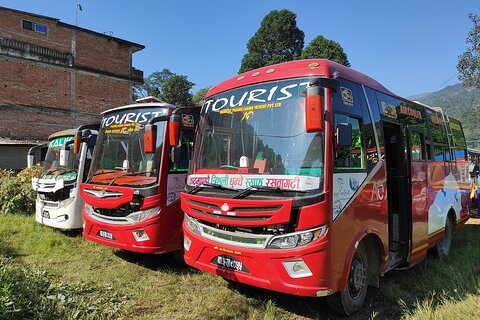 Dhunche and Syabubesi is the gateway to many trekking trails such as Langtang, Tamang Heritage, and Gosaikunda trekking, Yala peak climbing, etc. There are no tourist bus services to Syabrubesi Nepal, However, Delux class buses are run every day. Kathmandu to Syabrubesi Nepal is an adventure off-road which drives via Trisuli and Dhunche. Kathmandu to Sybrubesi is around 122 km and its an altitude of 1,503 meters above seas level. . There is Langtang National park check post office in Dhunche, who does not have the Langtang National park permits then has to make here to enter the Langtang National park area Trek. You need a Passport size photo one piece and your passport details to issue the Langtang permit. Note : After booking this trip, please message me on trip adviser so that I can provide you, your Bus Number and Bus Name. 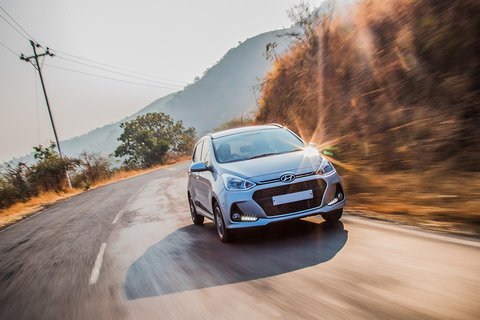 We are the first who offer this services in Nepal!! We will sent driver on time with your name, look that man when you go out from immigration sector after when you finishing your visa . The driver will be out side where all the people display their guest's name for pick up Client. make hassle free pick up from Kathmandu Airport to your hotel. If you would like to go bit out of ring road you need to informed to us in advance . The pick up price id determined according to number of people for example- One pax: 1 Two pax Three pax for car you can share the cost up to 3 pax for car and for Hiace you need to be more then 4 pax then will offer you hiace for your comfort . At the airport our Representative would be there with your name ,you need to look for that guy who has holing your name if you don't see him you need to call us on local number or whats App .