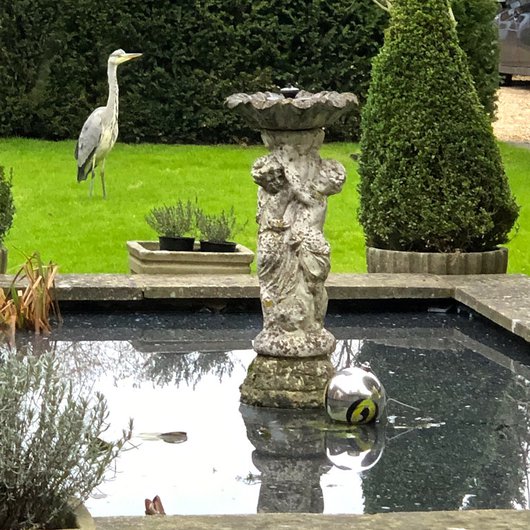 Things to do in Osh 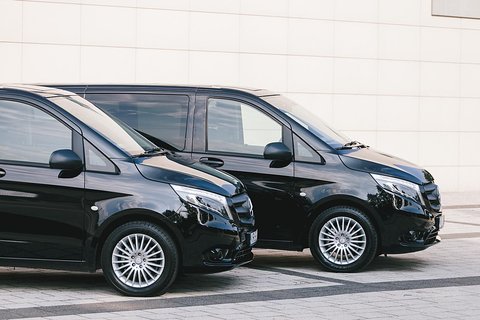 Use a door to door transfer, a comfortable and hassle free service that will allow you to enjoy your journey from the moment you arrive to the beautiful city of Osh. Your driver will be waiting for you in the Osh International Airport's arrival hall and will take you straight to your centrally located hotel in Osh. 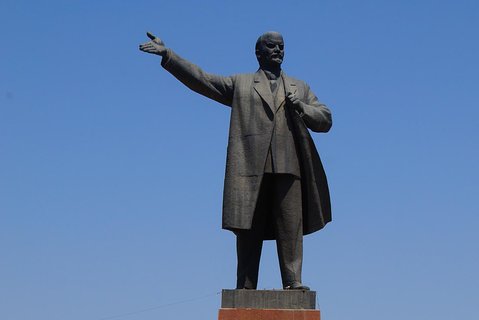 Discover Osh by walking through its iconic sights, hearing the historical narrative and learning about the weird stuff. The tour’s walk-friendly route will take you through major sights including famous Soviet monuments and architecture, lush green parks and unusual urban phenomena. The best historical highlights, local narratives, and urban legends will accompany you throughout the tour. On top of your visual and intellectual exploration of the city, you will enjoy sampling Kyrgyz national drinks and locally produced honey. Finalize your journey with the best coffee and refreshing drinks of Osh, while getting bonus tips and recommendations for further travel. 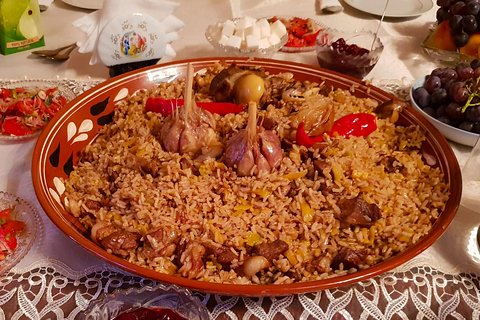 One does not simply come to Osh and leave without eating plov! But what if I told you that you can expand your plov experience by cooking your own plov? Intrigued? Then go ahead and join my unconventional plov-cooking tour! 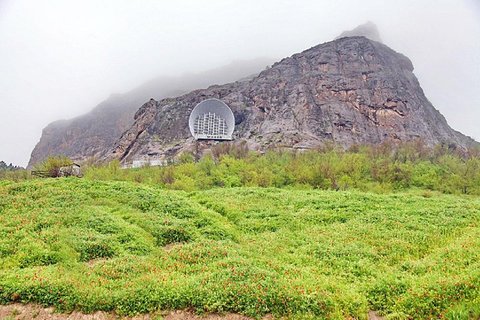 The city of Osh is an ancient city that has seen the huge empires, caravans of the Great Silk Road, crowds of pilgrims, many different cultures and despite all this, managed to preserve its unique spirit of the Muslim East. 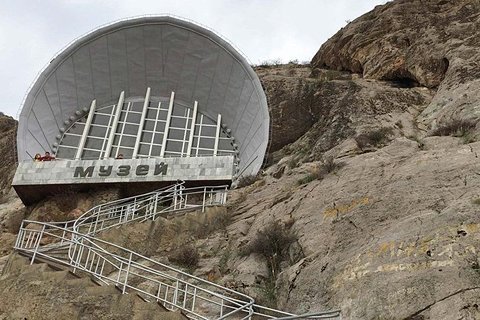 Take a tour to Osh, a city with over 3000 years of history. You will visit the major sights, experience the oriental culture mixed with ancient and Soviet union history and modern life. Visit the holy mountain Sulaiman-Too (UNESCO Heritage) and the museum inside the mountains. Learn the traditions and specifics of Lepeshka bread. Dive in the atmosphere of lively and interesting bargain and trading at the oriental bazaars. 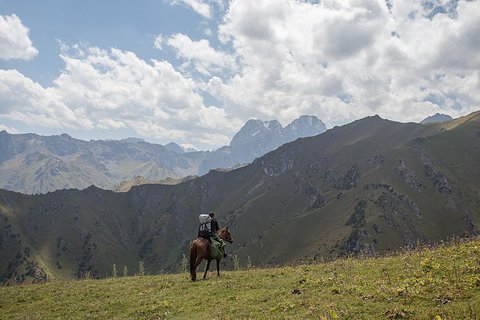 Spend five days on horseback like a Kyrgyz nomad, exploring the heart of the rugged Alay mountains in the south of Kyrgyzstan. Spend four nights in yurts with Kyrgyz host families who spend their summers tending and protecting their herds of sheep, cattle, and horses. On the fourth day, summit Ak Tor Pass and enjoy the sweeping expanse of the Alay Valley unfolded on all sides. -Scenic mountain views at Airy Bell (2956 m) and Ak Tor (4,185 m) mountain passes where you’ll feel as though you’ve landed on another planet. -Sleeping in a traditional yurt where you’ll have an opportunity to meet Kyrgyz shepherds, learn about traditional nomadic culture, and enjoy home-cooked meals. -Community-Based Tourism. Your use of us will contribute to local communities. Explore the best of the Alay Mountains on this tour and discover one of the most stunning mountain regions in the world that are still unknown…for now. This off-the-beaten-track tour combines some of the best landscapes, trekking and nomadic cultural experiences in all of Kyrgyzstan, including: - Incredible mountain vistas at Sary Mogul (4,306 m) and Jiptick (4,185 m) mountain passes where you’ll feel as though you’ve landed on another planet. - Stunning views of snow- and glacier-covered Lenin Peak (7,134 m), including up close from Lenin Base Camp and Traveler’s Pass (4,100 m). - Diverse landscapes, from turquoise alpine lakes and lush green valleys to high desert moonscapes and the red rock formations of “Three Dragons Gorge”. - Sleeping in a traditional yurt where you’ll have an opportunity to meet Kyrgyz shepherds, learn about traditional nomadic culture, and enjoy home-cooked meals. - Community-Based Tourism. Your use of us will contribute to local communities. 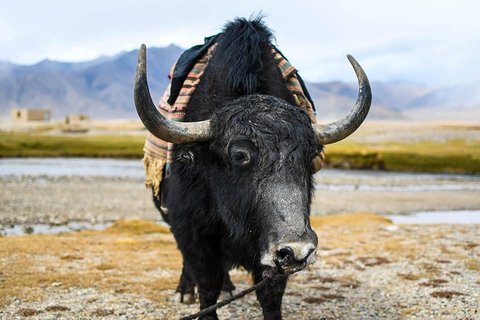 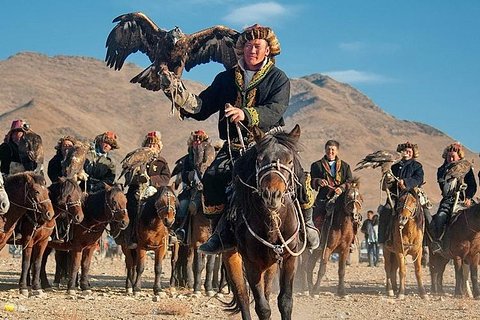 IS THIS TOUR FOR YOU? Trip Type: Small and Big Group Group trips average __ travellers per departure, depending on the adventure. The minimum is usually no less than 4, and the maximum is no more than 60 but some can be smaller or bigger, depending on the trip. Check individual trips for details. Travel Style: Classic All of the sightseeing, culture, access, and You-can’t-believe-we-did-that moments, all at a great price. Service Level: Standard Comfortable tourist-class accommodations with character; mix of public and private transport. Physical Grading: 2 - Light Light walking and nothing too challenging. 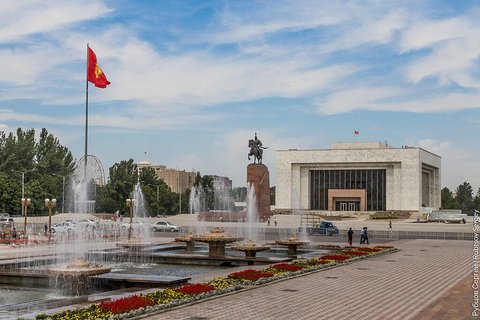 Trip Type: Small and Big Group Group trips average __ travellers per departure, depending on the adventure. The minimum is usually no less than 4, and the maximum is no more than 50 but some can be smaller or bigger, depending on the trip. Check individual trips for details. Central Asia Three stans - stretches from the Caspian Sea in the west to China in the east and from Afghanistan in the south to Russia in the north. It is also colloquially referred to as "the -stans" as the countries generally considered to be within the region all have names ending with the Persian suffix "-stan", meaning "land of". Central Asia has historically been closely tied to its nomadic peoples and the Silk Road. It has acted as a crossroads for the movement of people, goods, and ideas between Europe, Western Asia, South Asia, and East Asia. The Silk Road connected Muslim lands with the people of Europe, India, and China.

Osh to Dushanbe on Pamir Highway in 7 days 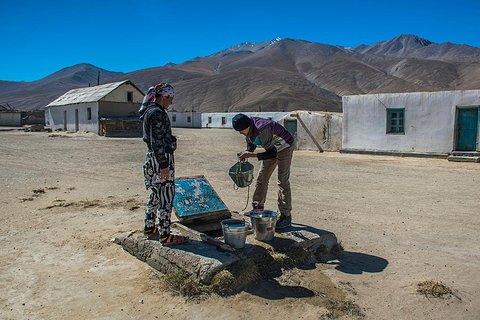 Drive over stunning highland landscapes. Stay with local people along the way and experience the Pamiri culture. Pass the famous Wakhan Valley, on the river-border with Afghanistan, stopping by local villages and markets as well as a mix of historic sites. Enjoy panoramic views while doing the short hikes on your tour. 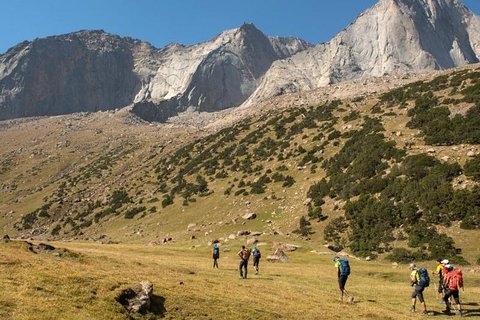 The Pamir-Alay region possesses an amazing nature. Bright valleys and mountain foothills give place to rigorous colours of rocks, snow and glaciers. The mountainscape is characterized by high ragged peaks. Crystal-clear air is saturated with fragrance of thick juniper forests. The mountain trip to Sabakh peak (5283m) and Aksu peak (5365m) is often called trekking in ‘Asian Patagonia’. Infinite number of unique treks, including the pioneering ones, and genuine wilderness of the region attract numerous mountaineers, rock climbers and trekkers.