Perth Stadium, also known by naming rights sponsorship as Optus Stadium, is a multi-purpose stadium in Perth, Western Australia, located in the suburb of Burswood. It was completed in late 2017 and officially opened on 21 January 2018. The stadium has a capacity of over 60,000 people, making it the third-largest stadium in Australia . The stadium can be extended up to 65,000 seats for rectangular sports. Wikipedia 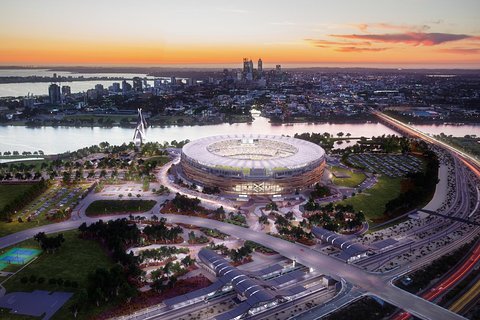 Go behind the scenes at the Prix Versailles 2019 Most Beautiful Stadium in the World. This in-depth walking tour that caters for all ages and abilities takes you deep inside Optus Stadium and through the areas you normally don’t get to see. Tour the changerooms of the Fremantle Dockers, West Coast Eagles and the Perth Scorchers in this all-encompassing tour. You’ll get to view the field of play from some of the best vantage points when you enter the stunning Victory Lounge and explore the incredible Coaches Room. Alongside your family or friends, you’ll also get to sit at ground level on the benches usually occupied by the stars of the game. Take a moment to imagine you’re an AFL coach or part of the sports media when you take a walk through the state-of-the-art Dennis Commetti Media Centre. Finish your tour by enjoying incredible views of the Swan River, Matagarup Bridge and the Perth Skyline. 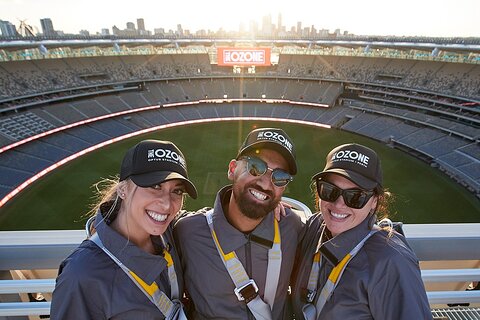 Experience Perth’s newest attraction, HALO; a world class experience during the day from on top of the World's Most Beautiful Stadium. Safe yet exhilarating, after completing 78 steps up to the roof you'll be rewarded with unique city views, get to take a break in the highest seats Optus Stadium has to offer. 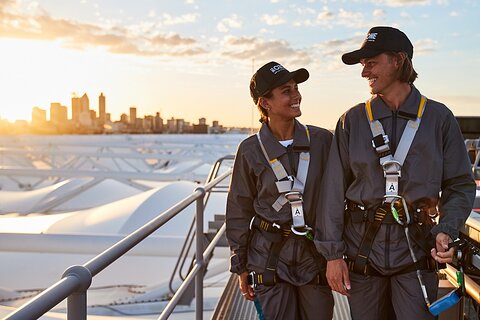 Experience Perth’s newest attraction, HALO; a world class twilight experience from on top of the World's Most Beautiful Stadium. Safe yet exhilarating, after completing 78 steps up to the roof you'll be rewarded with unique city views, get to take a break in the highest seats Optus Stadium has to offer. 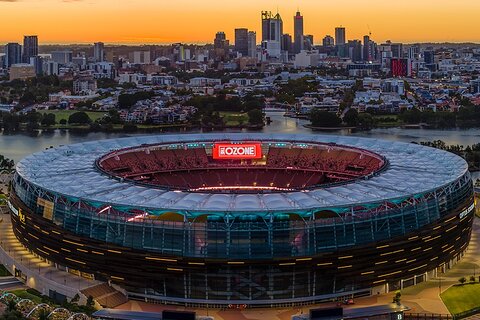 Experience Perth’s newest attraction, HALO; a world class experience during the night from on top of the World's Most Beautiful Stadium. Safe yet exhilarating, after completing 78 steps up to the roof you'll be rewarded with unique city views, get to take a break in the highest seats Optus Stadium has to offer. 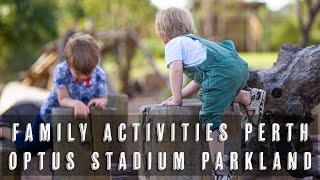 If you want somewhere the kids can run wild, and where you can relax, head on down to Optus Stadium. Not just somewhere to go ... 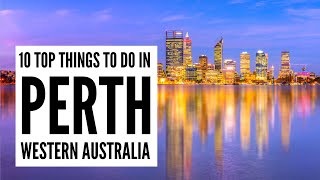 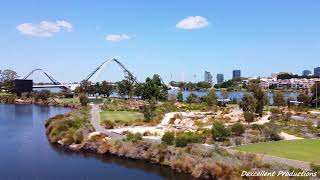 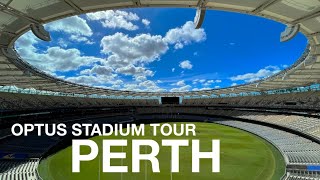 PERTH | We take a behind the scenes tour of the state of the art, Optus Stadium in Perth, Western Australia. Voted Most Beautiful ... 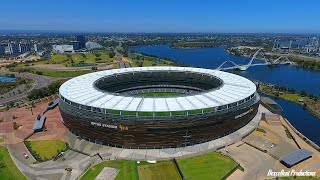 Perths' world class Optus Stadium has been described as one of the most impressive stadiums in the world and voted the best ... 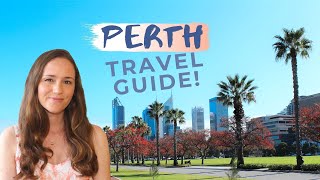 This Perth Australia travel guide lists 15 fun things to do in Perth for visitors or new arrivals! As the sunniest city in Australia, the ... 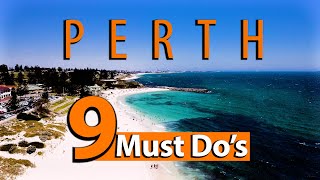 Fun Family Things To Do In Perth Western Australia

If you're going to Perth, Western Australia and you're looking for some fun family activities to do. Then this is the video for you. 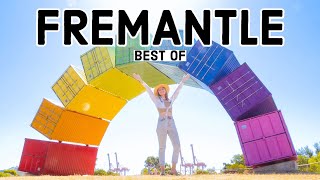 1 Day in FREMANTLE! Top Things To Do | Perth Travel Vlog

We spend a full day in Fremantle, Perth, exploring all that it has to offer! Starting our morning at the Fremantle Prison we moved on ... 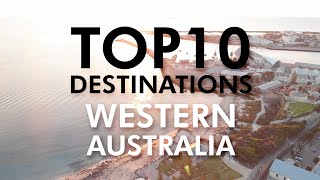 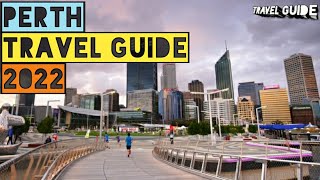 What's on in Perth and Western Australia? - ZigaZag
www.zigazag.com

8 Activities For Every Traveller in Western Australia
www.tripzilla.com

Whether you love watching football, rugby or horse racing, there are some exciting sports events lined up next year. For a start, the 60,000-seat Perth Stadium is set to open ...

12 Fun, Unusual and Unique Things to Do in Perth | RAC WA
www.rac.com.au

Feeling brave? Climb and shimmy your way up the 72-metre-high Matagarup Bridge near Optus Stadium, then zip back down, travelling up to 75km/h with Matagarup Zip+Climb. There are three packages ...

I hadn’t managed to catch an AFL (aussie rules football) game beforehand as the season had ended whilst we were in Melbourne and, since then, we’ve always been on the ...

Free Things to do in Perth for an Enjoyable Day Out - Western Australia
www.fairdinkumtraveller.com

You’ll find many great photo opportunities when taking the footpath and electing to go by foot along the riverside track, with the Perth CBD, South Perth and the new Optus ...

The city has an unmistakably laid-back nature despite having developments like the Perth Stadium, Elizabeth Quay, bars, restaurants, and a Cultural Center booming with theaters, art galleries, and ballet and ...

Must Read - Where to stay in Perth - Comprehensive Guide for 2020
www.travellingking.com

Opened in January 2021, guests can now climb the 314 steps to reach the bridge’s 72-metre-high Sky View platform, which offers stunning 360-degree views over the city, Swan River and ...