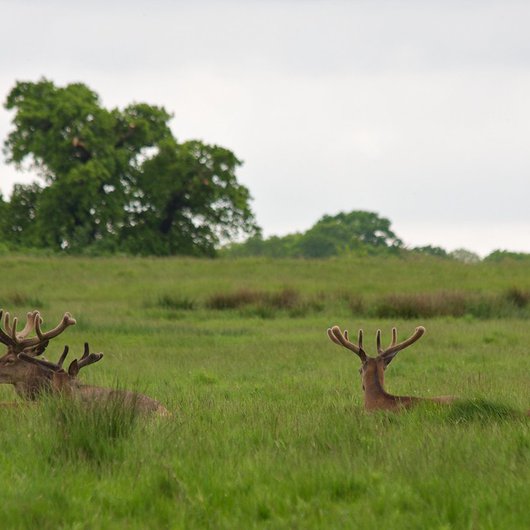 Things to do in Richmond 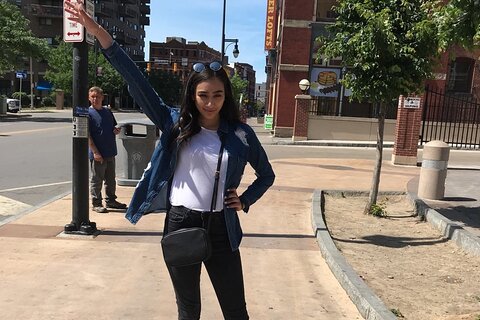 Wacky Walks of Richmond let's your team discover your city in a fun way! Our adventure is a royal themed scavenger hunt that is all played using an app. Throughout the game your group members will face off and compete to become the King or Queen. The King/Queen will lead the other members of the group to complete wacky tasks and find items around the city for points. The objective of Wacky Walks is to hang on to your King/Queen title the longest and try to get as many points as possible by doing the tasks and finding the items. You are welcome to explore any area of the city that you'd like and take as much time as you need, Wacky Walks is not timed. During the game, a remote host will be following along virtually and chatting with you if you need any help! Come explore your Kingdom of Richmond today! 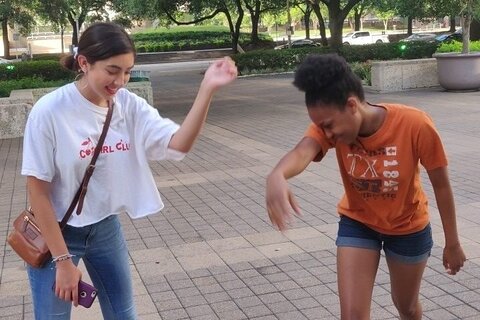 Walk around Richmond while completing the Crazy Dash scavenger hunt! Use an app to find a list of objects around the city in any order you choose and participate in fun challenges for points. Collect points and take a look at your score compared to others around the country! All scavenger hunts have a remote host via chat to help along the way. Crazy Dash is our most relaxed scavenger hunt. Come spend your afternoon with us in Richmond! 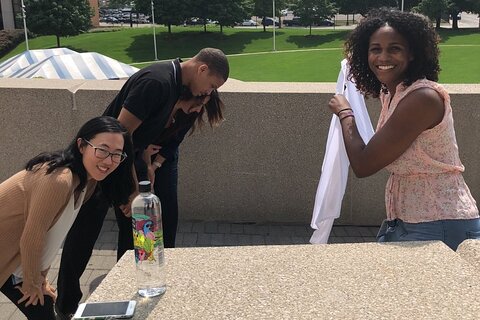 Walk around Richmond while completing the 3Quest Challenge scavenger hunt. Use an app to find a list of objects around the city and participate in fun challenges for points. Collect points and take a look at your score compared to others around the country! All our Scavenger hunts have a live remote host to help along the way. Come out and explore with us in Richmond. Use our app to explore Richmond in this fun scavenger hunt! Use the app to find things around the city in any order you'd like, take photos, and collect points. You can also complete challenges for points. Take a look at the rankings to see how your score compares at any point! All of our scavenger hunts have a remote host via chat to help along the way. Come out and explore in Richmond. 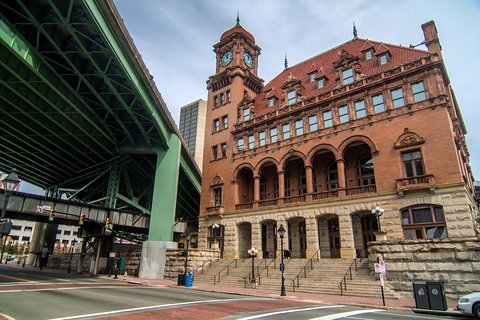 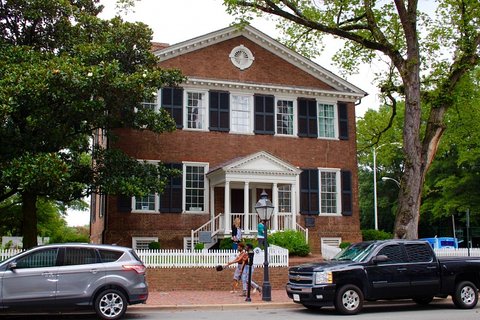 Discover the story of Blue Bee Cider on a one-hour tour and tasting. Learn how we became Virginia’s first urban cidery and create artisanal cider in a historic revitalized stables complex from the 1940s.  Meet the Blue Bee staff, get a behind-the-scenes look at our unique property, and experience our ciders in a guided tasting.

Would I Lie To You? Mural Walks 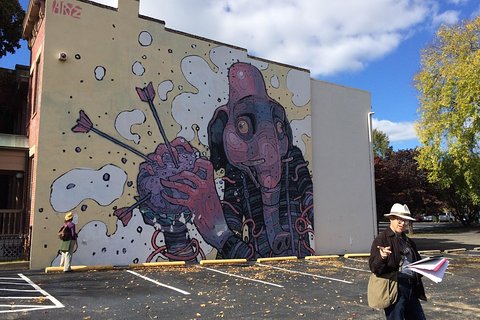 You'll hear an entertaining story about each street mural we see and then have to guess if what you just heard is true or a fanciful lie. Once everyone has guessed, the truth will be revealed. 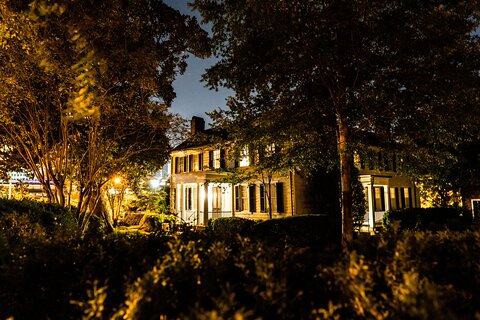 Richmond Ghost Tours welcomes you to a tour of the haunted past of Virginia’s capital city; the Confederate capital during the Civil War, and the second biggest slave market in the United States. Richmond has a fascinating past and some horrifying ghost stories. Let our knowledgeable local guides take you on an adventure around Shockoe Bottom and Church Hill to 8 or 12 locations over an hour or 90 minutes of gentle, accessible walking. We encourage our guests to stay alert during the walking tour, as you never know when there might be a ghost sighting! 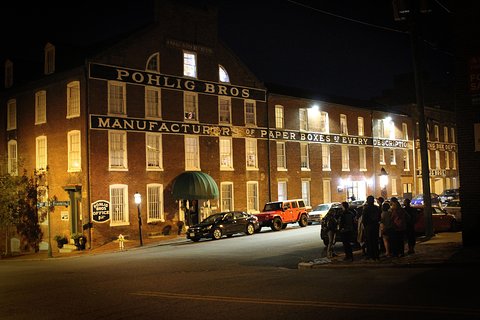 Birthplace of the American Revolution, and home to a notorious Civil War spy, Church Hill's colorful past has produced a cadre of restless spirits in its buildings, its graveyards, and under its streets! Cloaked in the shadows of the beautiful and historical Church Hill neighborhood, this tour includes the following spirited tales: The story of one of the Civil War's most accomplished spies who still haunts the site where her home once was, the spirits of a Civil War hospital, tales of the paranormal at one of Church Hill's most notable restaurants, and more... Your Guide will share with you the history of the neighborhood, and how it relates to the tales of the mysterious and tragic things that have led to numerous reports of paranormal activity along the tour route. 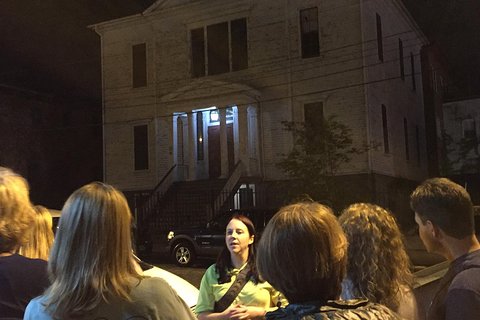 Your Ghost Host will guide you on a fascinating exploration of Shockoe Bottom, the oldest and most haunted neighborhood in Richmond, where over 400 years of history have produced an ample share of those caught between this world and the next. Your Guide will share with you the history of the neighborhood, and how it relates to the tales of the mysterious and tragic things that have led to numerous reports of paranormal activity along the tour route. 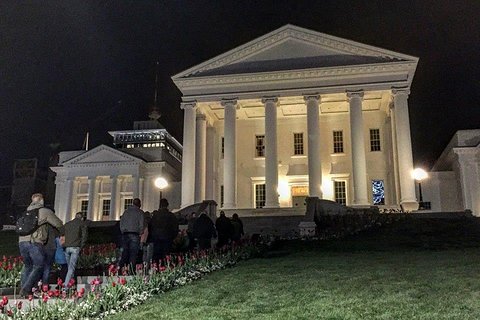 Ascend Richmond's magnificent Capitol Hill with your Ghost Host and you'll find out that it's not just elected officials and security guards who patrol the hallowed halls of Virginia's legislative and executive seat of power, but something beyond this world - something experienced by an amazing number and variety of people over the years. Packed with haunted history, this tour includes several of Richmond's best known ghost stories, including: Our Haunted Executive Mansion, the Great Theatre Fire, spirits in Capitol Square, and more... 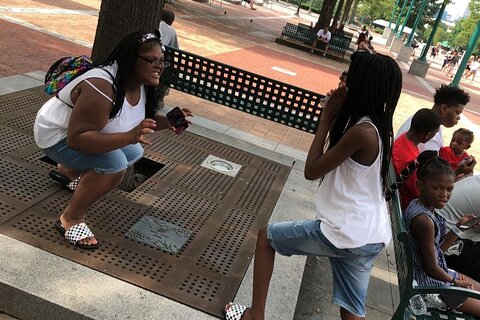 Zombie Scavengers in Richmond challenges your team to survive a zombie apocalypse! The game instructs you to find a variety of items to survive the apocalypse anywhere in the city you'd like via an app. Get points for finding survival items (in any order you want) and participating in exciting zombie themed tasks. Plan your survival adventure carefully in order to get the most points to survive! A remote host will be following along (virtually) and help if you need it via chat. Come survive with us in Richmond today! 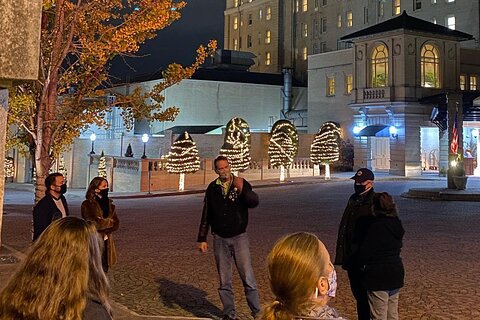 Discover the eerie beauty of Richmond's turn of the century Franklin Street. Home to many notable and beautiful landmarks, it's easy to see why spirits of days past would still linger here today. Featuring the Jefferson Hotel, Linden Row Inn, Main Street Library, Ellen Glasgow House, and other haunted locations, this tour offers a unique glimpse into downtown Richmond's westward expansion. 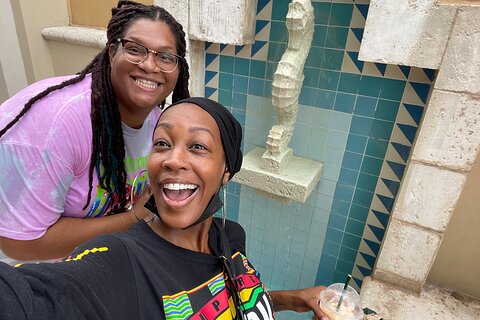 We are an Austin, TX-based event design company offering city scavenger hunts in 60 cities in the US and Mexico as well as custom events worldwide. Our specially hand-crafted, interactive quests are equal parts tour, cultural experience, creative challenge, detective hunt, & social experiment! Guests get to discover hidden gems off the beaten trail while completing fun missions! Discover unusual oddities at every turn, fall in love with enchanting local photo ops and try out a whole new look in your fashion repertoire 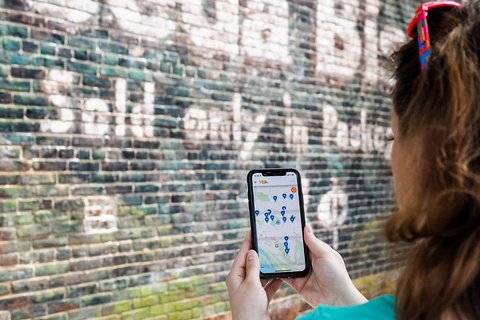 Countless stories of heroism, tales of historical figures real and imagined, and hidden nooks and crannies await in Richmond’s oldest neighborhood. Use your smart device to explore Church Hill on your own! 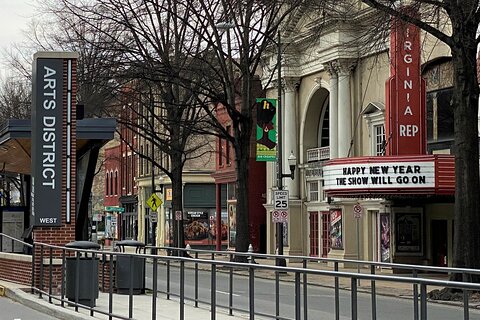 You will receive a compelling story of the origins of Richmond from small tobacco town to Capitol of the Commonwealth on a leisurely 2 hour stroll. Learn about Richmond's role in the Revolution and Civil War, as well as its major prominence in the Civil Rights movement. Each guest will leave with a comprehensive understanding of the city and what to see and do next in RVA. An in-depth walking tour of Capitol Square and the Capitol Building that narrates and ties together 400 years of Virginia History and Culture. You will learn the complicated construction history of the capitol, its 1870 tragedy, and bountiful stories revealed within its chambers. You will hear the narrative behind the Civil Rights Monument, the controversy over the current monuments, and the fascinating tale of the Washington Cenotaph. You will learn about the contributions of 12 famous Virginia women at Voices in the Garden and the history of the enslaved in the city's history.

Wonderful walking tour of the the site of original Richmond, learn how the city got its name, Tour St John's cemetery see the grave markers for George Wythe and Elizabeth Poe, visit the scenic over look, walk through the largest collection of historic homes in RVA, see the mews and original historic block created by HRF and hear the story of RIchmond's development from small tobacco town full of ruffians to capitol of the Commonwealth.. Tour Richmond's Historic Canal District and Shockoe Bottom, See The Poe Museum, The King Jame's Cross, Murals, and the oldest continuing Mason's Hall in the Commonwealth. You will experience the story of Richmond's growth from small tobacco town to becoming a major financial center and capitol of the Commonwealth. Visit the site of Richmond's infamous slave trade and hear the narrative of prominence and problems in the Ante-Bellum era. Your tour will bring to life the significance of the James River in creating the vibrant city RVA was and has become. We begin at the Valentine First Freedom Center (the site of the original capitol, and conclude at the historic Main St Station. Tour length is approximately two hours.