Visit our Sarajevo destination hub for day by day itineraries, top things to do in Sarajevo and more!

Hotel Europe is a historic hotel in central Sarajevo. Built and opened in the early days of what turned out to be a 40-year Austro-Hungarian occupation of Bosnia and Herzegovina, the hotel holds a special place in the city's lore as its first modern hospitality venue. Over its almost century and a half long existence, the hotel saw many changes often brought upon by sudden geopolitical events, reflecting the city's turbulent political and social history. For 60 years, from its construction and grand opening until World War II, Hotel Evropa had been owned and run by the Jeftanović family, father and son Gliša and Dušan, respectively, Serb merchants and industrialists from Sarajevo. Wikipedia 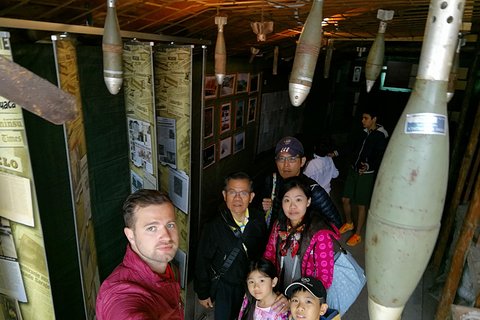 Join a certified official tour guide on 4 hour journey of understanding Sarajevo's destruction and salvation. Explore Sarajevo's key sites including Sniper alley and War Tunnel Museum - the life line of " the biggest concentration camp" in the world. Panorama from the highest point of Trebevic Mountain and walking down 1984 Olympic Bobsleigh and Luge Track will provide unique experience. See one of the kind Jewish cemetery which is second by size in Europe, just before one in Prague. Experience Sarajevo from Yellow bastion, and pay tribute to fallen soldiers and first Bosnian president buried at Martyr Cemetery. 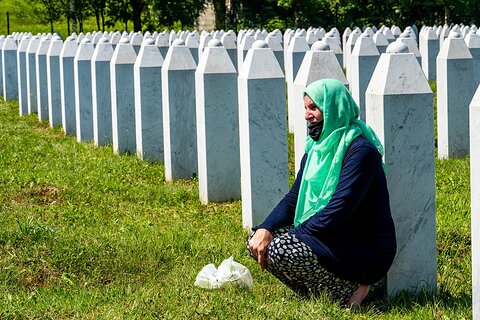 To fully understand 1990s Bosnian Genocide and in the same time Srebrenica Genocide, there is no better way but to visit Eastern Bosnia, Srebrenica and Potočari Memorial Centre, and in the same time we can not only talk about Genocide events at just one micro-location (Srebrenica), but we have to put whole Eastern Bosnia into a context of the story. Also, tour will uncover reasons behind the breakup of Yugoslavia with detailed story of worst Genocide in Europe since WW2. During the tour you will have honour to visit local family and have lunch at their home while getting insight how local communities live today. In the same time it will give answers to what Srebrenica is today, what it had been yesterday, and day before, but most of all what Srebrenica could become in a future, if denial as last phase of Genocide continues to happen.

Visit the Bosnian community of Srebrenica on a full-day tour from Sarajevo that explores the tragic 1995 massacre and its ongoing legacy.If you want to find out more about the war in Bosnia in the 90’s and understand what was happening in those tough four years, you should visit Srebrenica–a place where the worst atrocity in Europe since the end of World War II happened. This terrible act of ethnical cleansing, defined as an act of genocide and recognized as such by by The American Congress and The European Parliament, will certainly change your perciption of the war you might have had before visiting Srebrenica. Round-trip transport between Srebrenica and Sarajevo takes care of logistics so you can focus on the moving sites.Pay your respects at a massacre memorial and cemetery Tour in Srebrenica covers many tragic stories and after meeting the survivor of Srebrenica genocide your perspective of this human tragedy will certainly affect you and let you think more about what happened.

Welcome to the city of love, good people, great atmosphere, but also a city that witnessed wars that have shaped Europe. A place where different ethnicities, religions and cultures have moulded since time immemorial. Discover the history, culture and lifestyle of the city of Sarajevo and its people, a place with an irresistible charm and a unique mixture between East and West. During this best-selling walking tour in the city, you will find out what Sarajevo’s spirit means to you. 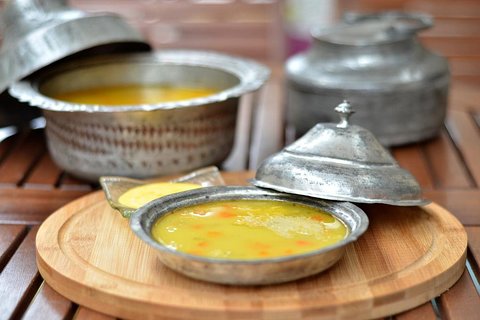 Eat like locals and experience more than the average visitor! At the tour, you will enjoy exquisite and most authentic sensations for your taste buds, eyes and soul. Fourteen different and traditional meals such as delicious cheeses, rich taste of cured and smoked meat and other products prepared by centuries-old recipes we'll keep you longing for more. While the tour goes on through the main cultural, religious and architectural locations, you'll discover the cultural, historical and social background of the city. In fact, you will understand why Sarajevo is called Jerusalem of Europe. At the same time, you will observe how real Bosnian pie is made, following with the Bosnian national dishes like ćevapi or cooked meals at ašćinica. Imagine Bosnian countryside while sipping homemade brandies, or juices if you are not into alcohol. Those who prefer vegetarian meals will be surprised how rich the Bosnian cuisine is with ecological vegetables and fruits.

The Austro-Hungarian influence in architecture can be seen in the centre of the city – Hotel Europe and City Hall are excellent and lovely examples of the effective Austrian style.Sarajevo ...

Luxury – luxury options won’t be quite as prevalent as other European cities, but the luxury options that do exist are often excellent value and usually found in incredibly historic ...

One of the best places to stay in Sarajevo is Hotel Europe, a five star hotel that is both traditional and luxurious. Sitting right in the city’s old town, this ...

Bosnia and Herzegovina is located in the Balkan Peninsula in South East Europe. Formerly part of Yugoslavia it voted for and declared independence in 1992. It is bordered by three ...

Top Things to do in Sarajevo, Bosnia & Herzegovina
www.drinkteatravel.com

The city center and the old town are the best parts of the city to stay in if you want to be able to explore all the main attractions on ...

Our Choice Of Fun Things To Do In Sarajevo | Chasing the Donkey
www.chasingthedonkey.com

One of the best hotels in Sarajevo, the 5-star Hotel Europe, has a 100-plus-year tradition of hospitality in the heart of the city. It lies strategically between the Ottoman Old ...

Alternative things to do in Sarajevo, Bosnia and Herzegovina
www.kathmanduandbeyond.com

Dating back to the 17th century and the time of the Ottoman Empire, this Sarajevo graveyard is one of the largest Jewish cemeteries in South-East Europe. It only ceased being ...

17 Things You Have to Do in Sarajevo on Your First Trip
www.tripzilla.com

If you love sitting in a cafe to read a book or people-watch, I have a bunch of places to add to your itinerary. Not many tourists know about Cafe ...

One Day in Mostar: The Perfect 24 Hour Mostar Itinerary
www.wander-lush.org

Also on the western side of Mostar, the Franciscan Church of St. Peter and Paul was similarly rebuilt in the post-war years following its complete destruction in 1992. If you ...

10 things to see and do in Sarajevo - World Travel Guide
www.worldtravelguide.net

Sarajevo was the first city in the Balkans and Central Europe to have a tram line. Back in 1885, the tram was pulled by horses but it relies on electricity ...

1. Baščaršija, the old Ottoman market (bazaar) from the 16th century 2. Sebilj, the most famous Ottoman-style fountain in Sarajevo3. Gazi Husrev Bey’s mosque, the most famous ancient mosque in ...