Visit our Málaga destination hub for day by day itineraries, top things to do in Málaga and more!

Torremolinos is a municipality in Andalusia, southern Spain, west of Málaga. A poor fishing village before the growth in tourism began in the late 1950s, Torremolinos was the first of the Costa del Sol resorts to be developed and is still the most popular in the region. On the western shore of the Bay of Málaga and in front of the Sierra de Mijas 13 km from Málaga, it is served by the A-7 motorway, which bypasses the city to the north, the Cercanías commuter train and Avanzabus. In 2013, it had 69,389 inhabitants, making it the sixth largest city in the province. Wikipedia 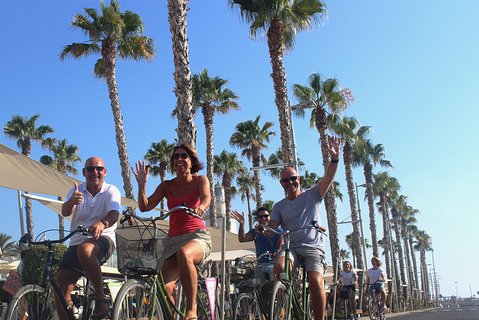 When you rent a city bike from us, you will get more than just a good quality comfortable bike. Our enthusiastic staff are ready and waiting to provide you with all the information you could possible need to have the most enjoyable day cycling around the beautiful city of Málaga and its enchanting neighbourhoods. Our Malaga Bike Routes are available on QR codes or, if you prefer, we also have the routes in printed form. Our bike routes take you east and west along the coast as well as to the north. Going east, you will pass through old fisherman's neighbourhoods -Pedregalejo & El Palo and much more. This route is 20 kms one way. Going north on your city cycle hire, you can visit the Botanical Gardens 'La Concepción' and the Limonero Dam. Going west, you will pass by cultural highlights of the city and a nature reserve of the River Guadalhorce en route to Torremolinos. Also receive our insider tips, recommendations and discounts at local establishments. Enjoy the ride! 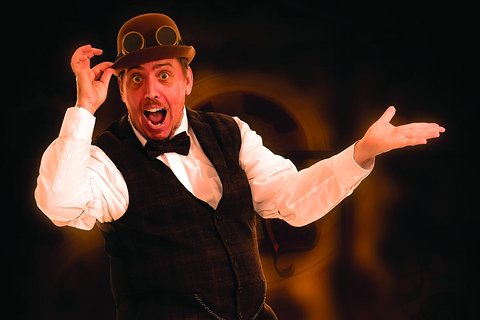 Enjoy a night of live music, comedy, illusion, magic, and puppetry during this 3-hour family-friendly show in Torremolinos on the Costa del Sol. As you watch world class performers take the stage, sip on unlimited drinks. Hotel pickup\drop-off is not included. 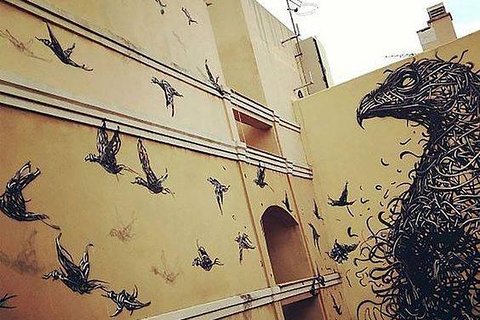 When you rent a KONA trekking bike from us, you will get more than just a good quality high-performance bike. Our enthusiastic staff are ready and waiting to provide you with all the information you could possible need to have the most enjoyable day exploring this area by bike. Our Malaga Bike Routes are available on QR codes or, if you prefer, we also have the routes in printed form. Our bike routes take you east and west along the coast as well as to the north. Going east, you will pass through old fisherman's neighbourhoods -Pedregalejo & El Palo and much more. This route is 20 kms one way on paths next to the sea.. Going north on your trekking bike, you can visit the Botanical Gardens 'La Concepción' and the Limonero Dam. Going west, you will reach the resort of Torremolinos. We can also provide you with route information for longer more challenging rides in the montes of Malaga and further afield. Insider tips, recommendations and local discounts included too. Enjoy the ride! 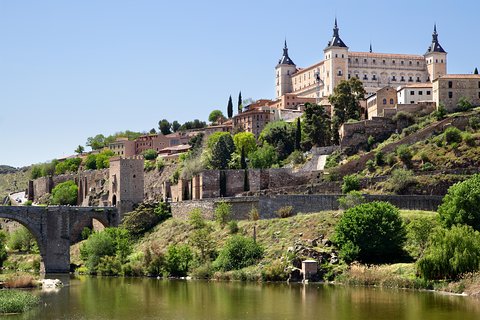 Get to know Spain in just seven days on this tour from Torremolinos to Madrid and Andalusia's most famous cities: Granada, Toledo, Cordoba, Seville and Ronda! You’ll visit beautiful sites like the Great Mosque of Cordoba, the UNESCO World Heritage-listed Alhambra palace, the Generalife Gardens and Seville's Alcazar, and you’ll hear interesting commentary from your guide. Enjoy sightseeing tours of Toledo and Madrid and have free time in Seville, Madrid and Ronda to explore the cities at your own pace. Localgrapher is the largest network of professional photographers and videographers with more than 600 destinations around the globe! Book your private photographer and guide in Torremolinos to capture your picture-perfect moments while visiting amazing sites! SOLO TRAVELERS Fancy an insta-perfect photoshoot from your Torremolinos vacation? Localgrapher has years of experience with fashion and solo travel photography! Make your memories last a lifetime and share them on social media or display them in your home to receive an avalanche of compliments. COUPLES If you are about to propose to your loved one, honeymooning or just exploring what Torremolinos has to offer, put the selfie stick aside and let Localgrapher’s superb photographers take care of the photos for you both. FAMILIES & GROUPS A family trip, wedding, bachelorette party or grand get-together? Forget missing someone from pictures, we’ll capture them all! 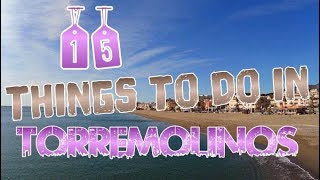 Top 15 Things To Do In Torremolinos, Spain 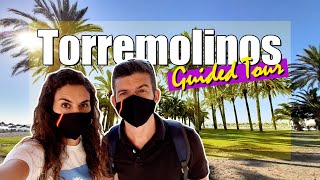 Watch this short travel guide video of TORREMOLINOS to learn about the origins of tourism in this town and to know what things ... 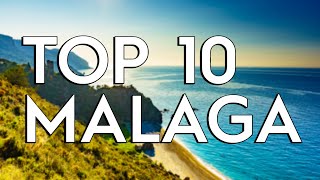 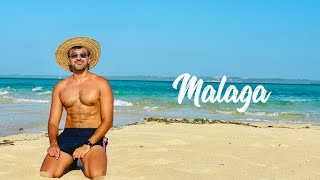 TOP THINGS TO DO IN MALAGA & TORREMOLINOS | A MUST WATCH| Spain

Malaga, Andalusia, Spain Explore this beautiful city with me and let me take you on a tour of this city and show you how to explore ... 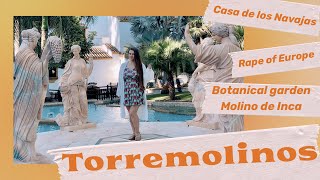 Best attractions of Torremolinos! Don't miss The Molino de Inca Botanical Garden It's like an oasis in a desert. Also must-see is its ... 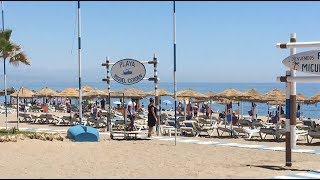 Top 10 Things To Do In Torremolinos | sunnyspainholidays.com

Planning a trip to Torremolinos in the sunny Costa Del Sol of Spain? Looking for top things to do and places to visit? If you´ve ... 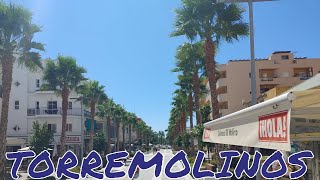 In today's video I head to Torremolinos. I visit Parque de la Bateria (a gun battery turned park), then head to the beaches. I stop in ... 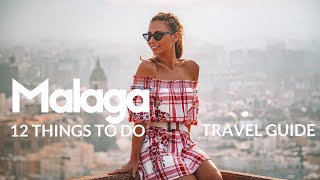 MALAGA Travel Guide | 12 Things To Do in the Spanish City

We're in Malaga for 2 days - exploring the top things to do, see and eat while visiting this colourful city in Spain. TRAVEL GUIDE: 1 ... 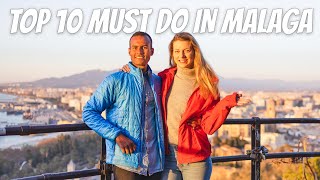 Traveling to Malaga in Spain? In this Spain travel guide we'll share the top 10 BEST things to do in Malaga! We'll take you ... 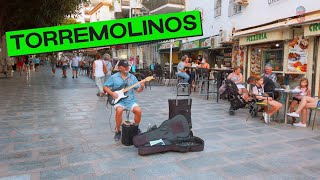 Just 30 minutes away by train is the resort town of Torremolinos. Like many similar places along the Costa del Sol, what was once a poor and insignificant little fishing ...

Set on the seafront in Torremolinos, Marconfort Beach Club offers 3 outdoor pools, a hot tub and direct access to Playamar Beach. Each air-conditioned room has a balcony, most with ...

MS Amaragua is next to La Carihuela Beach in Torremolinos, a short walk from Benalmádena Marina, and offers direct beach access. It features indoor and outdoor swimming pools, a spa ...

Those who enjoy caracoles (snails) should visit Bar La Caracoles in Calle Jamaica. This bar, which is located at the top-end of El Calvario,  has a reputation for serving the ...

“Well hello again. Here we are in Torremolinos. As you can see on the right here there are lots of beach huts that you can rent. The beach itself is ...

Driving east along the coast a possible stop is resort of Fuengirola or Torremolinos. Malaga is a favorite now but more of a day trip in itself.  To the east ...

Set on Bajondillo Beach, Torremolinos, this hotel offers an outdoor pool and a spa. Guests have access to facilities in the hotel next door, such as tennis courts, gym and ...

Along this foodie coast, plenty of British restaurants and cafés are serving such meal. However, to find a good one is a far bigger challenge, to find a real good ...

Newly built in 2012 this budget hotel in Torremolinos has all the services and amenities you’d like to have yet sometimes don’t in other more expensive hotels including free WIFI, ...

Located in the thriving town of Torremolinos, here is another elegant beach to visit in October in Spain. Playa De La Carihuela features a lengthy expanse of gold sands against ...

It makes the most sense to start with the obvious – the beaches. With the big-availability of beaches in Spain, the beaches in Torremolinos are nothing to scoff at. The ...

Other popular cities of interest in the Malaga Province of Spain include the province’s capital and namesake, Malaga, as well as Marbella, Mijas, Fuengirola, Vélez-Málaga, Torremolinos, Estepona, and Benalmádena on ...

Barcelo Malaga is fun, stylish, and arty all at once. A bohemian gay hotel in Malaga, Spain, the four-star Barcelo is directly linked to the city’s train station by a ...

Top Best Things to Do in Torremolinos Spain in 2021
www.pickyourtrail.com

If this is your first-time travel to the region, be sure to read through the blog and find some of the most fun activities. You’re sure to find some of ...