Visit our Tuscany destination hub for day by day itineraries, top things to do in Tuscany and more!

The Maremma Regional Park , also known as Uccellina Park , covers a coastal area between Principina a Mare and Talamone in the province of Grosseto, right up to the Livorno-Roma train line. The park covers 9,000 hectares plus an extra 8,500 hectares of open land around its boundaries, and it is included in the municipalities of Grosseto, Magliano in Toscana and Orbetello. The Park is characterized by important geographical elements such as the last stretch of the river Ombrone, the orographic system of the Uccellina Mountains which reaches 417 metres of height in Poggio Lecci, the marsh area of the Trappola, and the coast which is both sandy and characterized by steep cliffs. Wikipedia 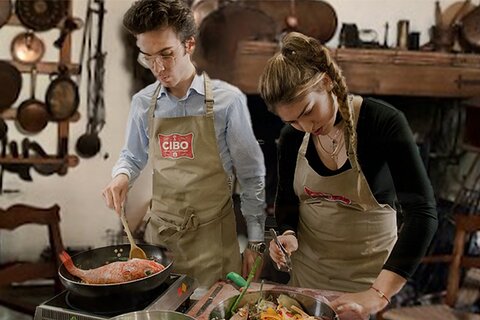 7 days of private cooking lessons at my mountain retreat Breakfast, lunch and dinner Daily wine tastings 6 nights hotel or apartment accommodations Visiting local farmers, wine cellars and markets Transportation Private transfer from Bologna or Florence Visit the splendid mountainous region of the Apennines, on the border with Tuscany and Marche. Here, away from the typical tourist routes, you will discover a fascinating, cozy and very romantic area, unveiling its treasures at every corner. You can spend everyday in my kitchen learning how to cook recipes handed down from Pellegrino Artusi, the father of modern day Italian cuisine. Or take a few days to visit some of the rich cultural, natural and historical sites. 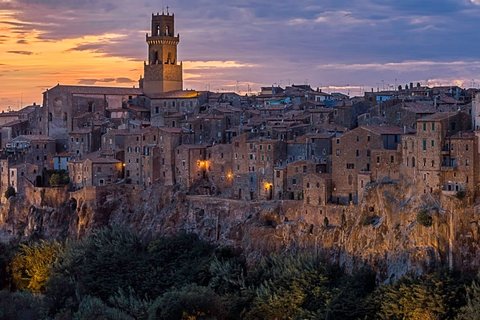 This is the most ancient but still intact tour of the Etruscan and Roman Maremma. The thermal and healing spring attracts users from all over the world. Here you can breathe authenticity, history and rurality. Breathtaking views. Spectacular wines. The villages we will visit preserve the characteristics of Tuscany and its inhabitants still speak the ancient dialects.

Saturnia and Picnic at sunset in the middle of the vineyards 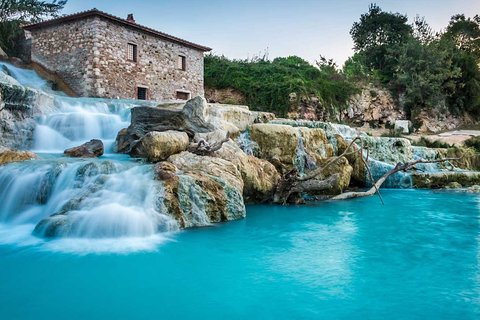 This is the tour of the oldest Etruscan and Roman Maremma but remained intact over time. The thermal and healing spring attracts users from all over the world. Here you can breathe authenticity, history and rurality. Breathtaking views. Spectacular wines. The villages we will visit preserve the characteristics of Tuscany and its inhabitants still speak the ancient dialects. The Biodynamic, Biological company where we will have a picnic is truly an example of obsessive attention to traditions in respect of Nature! From the above you can enjoy a 360 degree view. Your basket includes: 2 basic wines, typical breads, 2 types of cheese, award-winning oil! 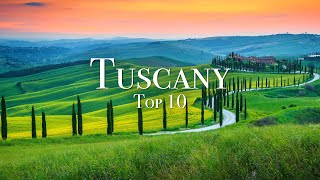 Tuscany is easily one of Italy's most fascinating regions. Enjoy this 4K Travel guide across Tuscany's most beautiful places. 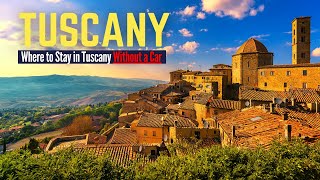 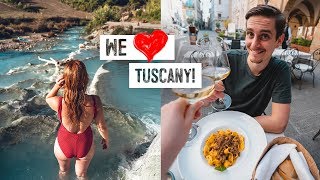 It's our first day out in Tuscany, and we're already in love! We visited the beautiful Saturnia Thermal Baths, ate our first Italian ... 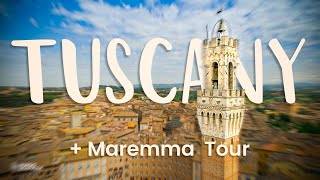 A video highlighting great locations and day trips near our places in Suvereto. Beautiful places in Tuscany and the "undiscovered" ... 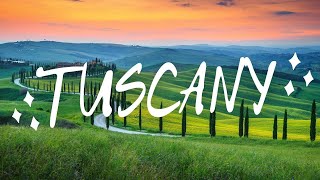 Tuscany is a region in central Italy with an area of about 23000 square kms. and a population of about 3.8 million inhabitants. 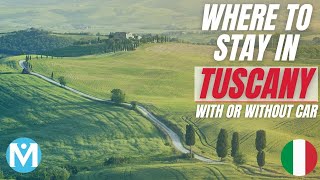 Where to stay in Tuscany - The best countryside, towns and villages

It's all about where to stay in Tuscany based on your type of trip: countryside or towns/villages, with family and kids or just your ... 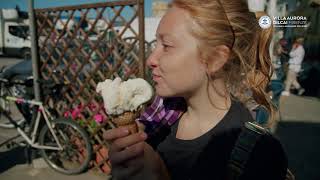 Trip through Maremma, Tuscany IT, Spring 2021

A trip through the beautiful coast of Tuscany, the Maremma tour was a refreshing get away for our students after a long year of ... 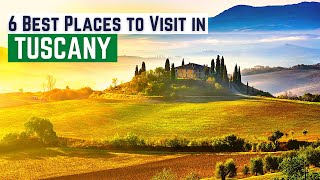 https://www.multicitytrips.com/6-of-the-best-places-to-visit-in-tuscany-italy/ Tuscany is a beautiful region located in central Italy that ... 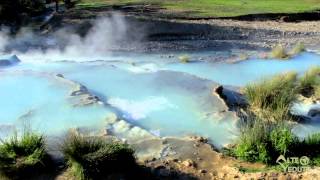 Le Cascate del Mulino di Saturnia are one of the most charming and fascinating of Maremma in Tuscany; this is a place built in a ... 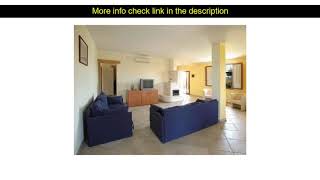 The Ultimate Italy Bucket List: 30+ Amazing Things To Do In Italy – Kelana by Kayla
www.kelanabykayla.com

If you’re interested in wellness, then visiting a hot springs in Tuscany should be on your Italy bucket list! Tuscany is a region rich in thermal water, and hot springs ...

Five Beaches in Tuscany on the Italian Riviera You Really Must Visit
www.goworldtravel.com

Further south of the Livorno province, near the city of Piombino at the northern side of Maremma, you will find the scenic Golfo Di Baratti. It’s a magnificent, quiet gulf ...

Think you’ve seen all the hidden gems in Tuscany Italy? You might be surprised to learn that there are still places in Tuscany that tourists have yet to discover. One ...

Think you’ve seen all the hidden gems in Tuscany Italy? You might be surprised to learn that there are still places in Tuscany that tourists have yet to discover. One ...

Wine Tasting in Tuscany: What to Expect From a Half-Day Tour around Montalcino - Gallop Around The Globe
www.galloparoundtheglobe.com

Montalcino’s historical centre is dominated by the mighty and imposing Rocca (fortress), built in 1361 to mark the passage of Montalcino under the domination of Siena.  You’ll want to visit for the ...